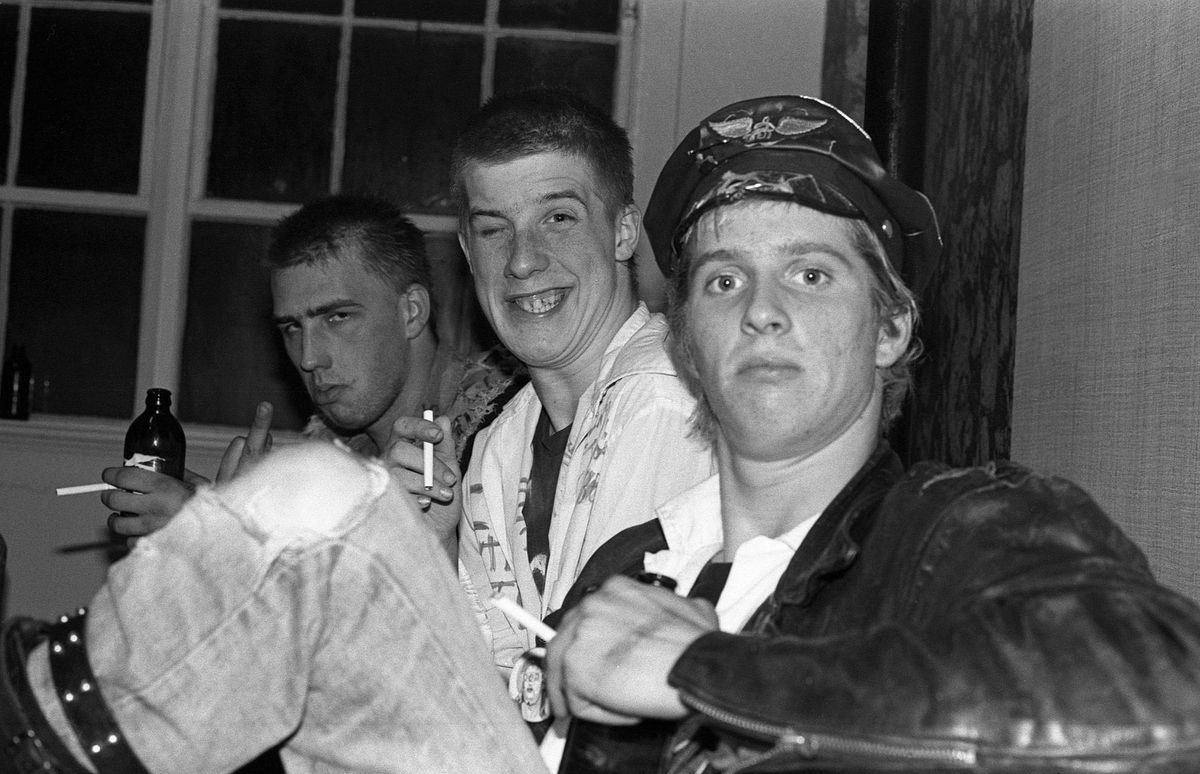 Vancouver punk pioneer Randy Rampage rocked so hard that members of the music scene of the city say he helped define the hardcore genre.

As the original bass player of the influential Canadian punk outfit D.O.A. the peroxide-colored headbanger lived his musical name on the stage and drummed his instrument as if the songs with high octane flowed through his veins.

It sometimes seemed like he was spending most of a performance in the air, while he made the crowd rage with his acrobatic stunts when he jumped from a pile of loudspeakers, landed in splits or bounced at a distance with surrender.

But those who are closest to Randall Desmond Archibald, as the musician was legally known, say he will be remembered as a hell-raiser with a "heart of gold."

"Randy was one of the founders of the original punk scene in Vancouver, he lived for the moment, and he gave everything for the moment," said Susanne Tabata, his partner of more than a decade.

"He gave himself, and he was completely unselfish, as a person and as a performer."

A funeral for Archibald will be held at Christ Church Cathedral on September 29th. Tabata said the 58-year-old died in their home in Vancouver on August 14 of a clear heart attack.

She said that musicians are expected to go to the memorial service to celebrate his life with praises and songs.

And with a life like Archibald there is much to celebrate, said on-again-off-again D.O.A. bandmate Joe Keithley.

"Randy would be known as a pioneer of the stage and also known around the world," Keithley said. "(He was) the wild man of punk rock, a crazy guy who lived hard and made a living out of it."

Archibald's reign, such as Randy Rampage began in 1978, after he responded to a newspaper ad in which he called on musicians to join the new band of Keithley. There was only one reservation, Keithley recalled: "No wimps need to be applied."

While the novice punk group had no wimps, it had two too many drummers, Keithley said. So he recorded the guitar and became the lead singer, while the bass was a natural fit for Archibald's sense of rhythm.

Touring through Canada and the US, D.O.A. combined obstreperous vocals, onstage antics and politically twisted lyrics to sharpen an uncompromising sound that differentiated the band from the punk styles of New York or London.

"Nobody really thought about using that word for music," Keithley said. "That kind has produced that whole genre of music."

Keithley said that his relationship with Archibald could sometimes be controversial, and that the bassist gave up the band several times.

During these absence sessions, Archibald served as lead singer for the thrash metal band Annihilator and worked briefly with The Clash as the rider on their American tour, Keithley said.

"We had our differences, we could not always get along," said Keithley. "That does not stop the man from being a friend and a brother, we've grown up together on the road."

Tabata said she got to know Archibald during her days as a radio DJ in the 1970s.

She decided to take D.O.A. in a documentary she directed the Canadian punk scene, portraying the body of the band as the "cornerstones that laid the foundations for hard-core punk in the world."

But when her relationship with Archibald was deepened, she discovered that there was much more for the man than his punk character.

She learned that he read three books a week, was trained as a sous-chef at Benihana and used to be a competition swimmer.

He was a 32-year-old longshoreman, and even after an injury left him with chronic pain, she said he was still out of the way to help his "brothers and sisters" in the port of North Vancouver.

"I always felt that Randy would try to give people wings if he had a broken wing himself," she said.

"The strange thing is that despite his … anger-against-machine, exterior on fire, I'm pretty sure that Randy is an angel."