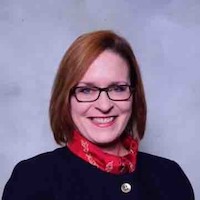 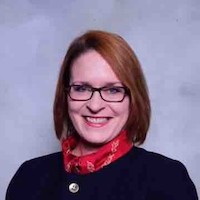 AbbVie announced new results with a 12-month extension of the phase 3 ELARIS UF-EXTEND study of elagolix. The new data show that elagolix reduced heavy menstrual bleeding in 87.9% of women with fibroids with low-dose hormone therapy.

"Women with fibroids need additional medical management options that can help solve unresolved symptoms," said Dawn Carlson, MD, MPH, vice president, general medicine development. "The results of this extension study provide additional information on the use of elagolix for up to 12 months in treating heavy menstrual bleeding associated with fibroids."

Women in the extension continued to receive elagolix 300 mg twice daily or elagolix 300 mg twice daily with hormone therapy with additional treatment (estradiol 1.0 mg / norethindrone acetate 0.5 mg). Those who received a placebo were randomized to the treatment groups. A clinical response was defined as the menstrual blood loss volume of less than 80 ml and a 50% or greater reduction in menstrual blood loss volume from baseline to the last month.

The results of the extension study are consistent with those of the ELARIS UF-I and ELARIS UF-II phase 3 studies, with 68.5% and 76.2% of the women with uterine fibroids receiving elagolix with add-back therapy for 6 months. , achieved a clinical response. , respectively.

"Current non-surgical treatments are limited and women suffering from uterine fibroids need more therapeutic options," said Dawn Carlson, MD, MPH, vice president of general medicine development at AbbVie, when the results of ELARIS UF -I were announced. "The results of this study represent significant progress in the development of elagolix and show that we continue to focus on the approach [the] serious illness. "

The safety profile in the 12-month extension was in line with earlier results and no new safety signals were reported. The most common side effects, which occurred in ≥5% of the participants, were hot flashes, night sweats, nausea, headache and nasopharyngitis.

Elagolix was approved by the US Food and Drug Administration in July 2018 for the treatment of moderate to severe pain related to endometriosis.

AbbVie intends to include the data from ELARIS UF-EXTEND as part of an entry for the regulatory approval of elagolix for the treatment of uterine fibroids in 2019.