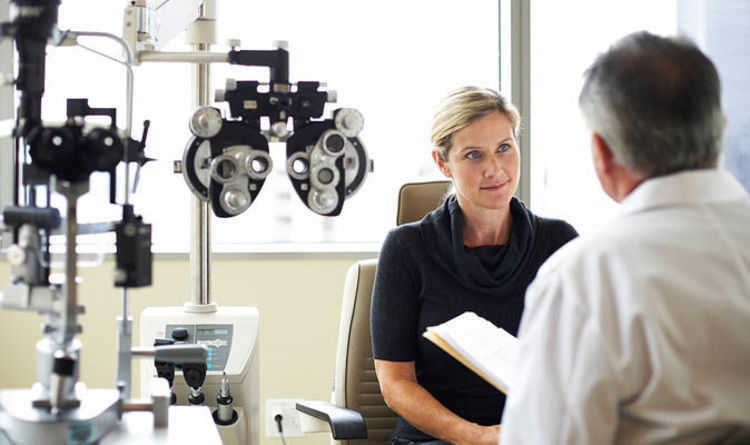 OCTA (optical coherence tomography angiography), the non-invasive technique produces high resolution 3D images of the back of the eye.

A study of older participants found that those with thinning of the retina had dangerous levels of two deceptive proteins in the brain that led to dementia.

These "plaques" of amyloid beta and tau destroy neurons.

The findings could revolutionize treatments for Alzheimer's and other dementias affecting 850,000 people in the UK.

The first author of the study, Dr Bliss O & # 39; Bryhim, an ophthalmologist at the University of Washington, St. Louis, said: "This technique has great potential to become a screening tool that helps decide who is more expensive and invasive. tests for Alzheimer's disease must be carried out prior to the occurrence of clinical symptoms.

"Our hope is to use this technique to understand who is accumulating abnormal proteins in the brain that could cause them to develop Alzheimer's disease."

It can cause dementia patients to receive medication if they are more likely to work.

One of the reasons why medicine trials have failed so far is that they are prescribed too late – when the disease is at an advanced stage.

Physicians currently use PET scans and lumbar punctures, where samples of spinal fluid are taken to help diagnose Alzheimer's disease. But they are expensive and invasive.

Dr. O & # 39; Bryhim said that OCTA is cheap, simple and fast – and comparable to what is found in the offices of many ophthalmologists.

Amyloid beta and tau respectively form in clumps and nodes.

And they begin to build in the brain up to two decades before the onset of symptoms.

The race is looking for ways to detect them earlier. Post mortem examinations of people who died with Alzheimer's disease showed signs of dilution in the middle of the retina and destruction of the optic nerve.

The team of Dr. O & # 39; Bryhim examined the retina of 30 men and women in their 70s who participated in a research project on Alzheimer's at the university.

Their findings were published in the journal JAMA Ophthalmology.