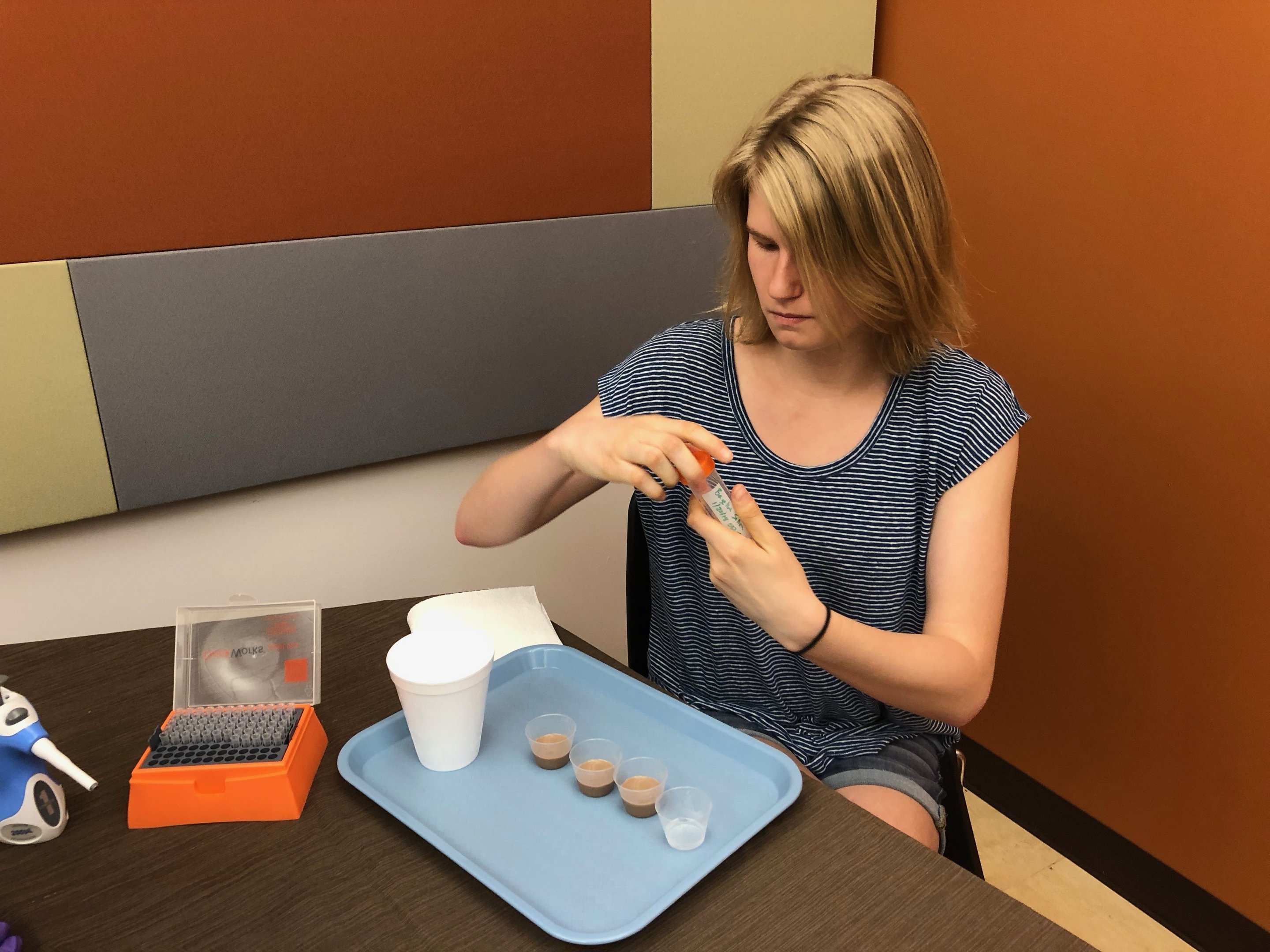 Saliva is crucial for tasting and digesting food, but scientists have now discovered that it can have a different, more subtle role. Saliva proteins can be part of a feedback loop that influences how people taste for people – and by extension what food they want to eat. The researchers hope that their findings will one day help consumers to continue to eat healthier.

They will present their results today at the 256th National Meeting and Exposition of the American Chemical Society (ACS).

Many healthy foods, such as broccoli and dark chocolate, taste bitter, says Cordelia A. Running, Ph.D. She went looking to see if eating bitter food would help people overcome an aversion to bitter bonds. This way they could eat more of this healthy diet without crawling. "By changing your diet, you may be able to change your taste perception of foods that taste good for you at a certain moment," she says.

Although saliva consists almost entirely of water, it also contains thousands of proteins that are released by salivary glands. Some of these proteins are thought to bind to flavors in food and also receptors in the mouth. Certain proteins may be responsible for the contracting sensations, such as dryness and roughness, that develop when eating some chocolates, red wine and other foods. "If we can change the expression of these proteins, we may be able to weaken the" bad "tastes such as bitterness and astringent," says Running, who is based at Purdue University and the lead researcher of the study. is.

In previous work with rats, fellow researcher Ann-Marie Torregrossa of Running, and colleagues, showed that a bitter diet changed the expression of proteins in the rodents' saliva. These changes in the protein composition correlated with the feeding behavior of the rat. After initially having taken less bitter food, the animals apparently had less bitterness and resumed normal eating levels. Inspired by the work of Torregrossa, who is now at the University of Buffalo, Running decided to see if the same would happen to people.

The Running team performed sensory evaluation tests where they drank the participants three times a day of drunken chocolate almond milk for a week and assessed the bitterness and astringent. The researchers discovered that the protein composition of the participants' saliva changed in that week. Several proline-rich proteins, which can bind the bitter / astringent compounds in chocolate, increased after drinking the almond milk. The changes in these proteins corresponded to changes in sensory values: when these proteins shifted, the sensory values ​​shifted to bitterness and adstringence. "We think that the body adapts to reduce the negative sensation of these bitter compounds," explains Running.

The findings to date support the idea that "saliva changes the taste, making food choices adjusted," she says. "Those choices then influence the exposure to flavors, which over time can stimulate the modified expression of saliva proteins and the circle starts again.Perhaps this knowledge helps someone to stay on a healthier diet for long enough to adapt."

Ongoing plans to examine the specific compounds in foods that cause changes in saliva proteins. In chocolate, for example, she wants to know what concentration of bitter polyphenols is needed to influence the expression of saliva proteins. She also wants to assess how long it takes to reduce the bitter taste of a particular food and whether mimics of saliva proteins can one day be added to food to improve the taste.

More information:
Taste affects the diet, but diet can also affect saliva, which in turn can affect the taste, the 256th National Meeting and Exposition of the American Chemical Society (ACS).

Saliva is the chemical media of the mouth. The composition of these media is therefore crucial for the taste perception and for explaining individual differences in taste perception. A large number of potential taste-binding proteins in saliva have been identified for decades. But how exposure to the taste or dietary patterns can change the dynamics in the longer term of human saliva protein expression remains relatively unexplored. In various studies we have collected data on dietary habits and sensory perception of different flavorings, as well as used dietary interventions to investigate how these factors may interact with salivary proteomes over time. Through these experiments we discover that many of the previously identified binding proteins in saliva can be influenced by exposure to their taste ligands. Moreover, food choices such as the consumption of fruits and vegetables may change the expression of salivary proteins that may be related to texture perception, inflammatory response and enzymatic activity in the mouth. Analyzing the saliva proteomes at the individual level provides a better detection of these effects, and also increases our understanding of the variability of salivary proteomes from one person to the next. This creates a new image of saliva as a dynamic medium: saliva modifies taste, which in turn adjusts food choices. These choices then influence the exposure to flavors, which over time can stimulate the modified expression of saliva and the circle starts again.