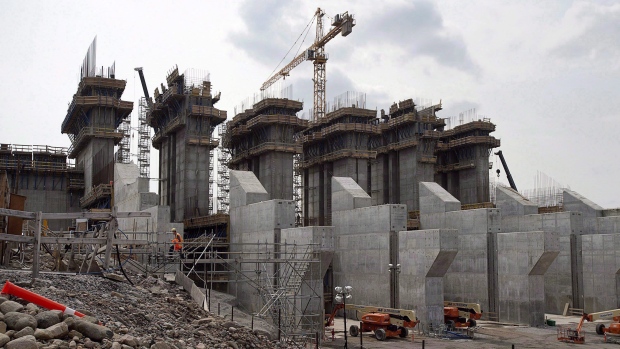 HAPPY VALLEY GOOSE BAY, N.L. – Hydroelectric dams are particularly vulnerable to cost and schedule overruns, an expert testified at the start of a public inquiry into the hydro mega project Muskrat Falls in Labrador on Monday.

The professor of Oxford economics, Bent Flyvbjerg, who is described on his faculty page as "the most cited scientist in the world in planning and managing mega projects", took the standpoint in Happy Valley-Goose Bay, NL, for common mistakes and cost reasons. describe exceedances of such projects.

He said that hydroelectric projects are particularly risky, as the average cost overruns of 96 percent and the planned exceedances of 32 percent, with little change since the 1950s.

The huge Labrador dam and powerhouse using the lower Churchill River near Happy Valley-Goose Bay is still not complete, but the price tag has risen to $ 12.7 billion, taking the bill to a province of only 530,000 people .

The independent investigation, led by Richard LeBlanc, the provincial judge of the Supreme Court, will examine how the project was approved and implemented and why it was excluded from supervision by the Council for utilities.

Flyvbjerg, who also consulted on mega projects in various European and Asian countries, was commissioned to compile a report with global context and best practices for success in mega projects, but not specifically to look at the case of Muskrat Falls.

The report, composed by Alexander Budzier, investigated 274 mega projects around the world, including more than 40 in Canada. Flyvbjerg defines a megaproject as one that costs more than $ 1 billion.

Data from the report show that hydroelectric dams are "riskier than all other projects except nuclear."

Flyvbjerg said that many projects are affected by underestimated costs, a lack of independent supervision and political optimism about the success of a plan – something that he optimismebias & # 39; called.

The report recommends external, independent supervision in the early stages to prevent unintended optimism and to provide as much transparency as possible from the start of the process.

When questioned by co-counselor Barry Learmonth, Flyvbjerg said that projects are generally more successful when stakeholders, such as indigenous groups and environmental groups, are involved early in the process.