Déjà vu for residents of Waterton, while enormous natural disasters in the United States threaten the park 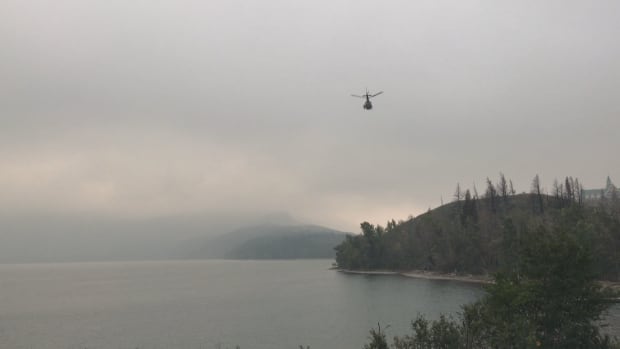 People in Waterton Lakes National Park in southwestern Alberta have an unpleasant shock from déjà vu after they were put on evacuation alarm because of a large wildfire that got out of hand, just south of the border – almost exactly a year after a devastating fire a large part of the park.

Parks On Friday gave the warning to all areas of the park when a forest fire of 700 hectares in Montana burned to the border, within about five kilometers of the Waterton city and threatened to roar even further to the north.

From Friday evening, the shifting winds and efforts of firefighters had driven the fire back to seven kilometers from the city. Jeanne Aldrich, who runs the Northland Lodge in Waterton, told Calgary Eyeopener she had to wake up her guests and tell them about the evacuation warning after Parks Canada officials had informed her on Thursday evening.

"Some of them were here last year, so it's kind of a PTSD for everyone around the evacuation last year," she said. "We feel very wary, I do not know if someone is sleeping tonight."

Stoesser said that the decision to give an evacuation alarm was taken with a view to the potential danger to life and health.

"Because of the forest fire that burns in the Boundary Creek Valley, in Glacier National Park, it went east to the upper Waterton Lakes, so that is a trigger point to place the city of Waterton under an evacuation alarm because it is relatively close to the townsite, "said Stoesser.

On an average Friday there are about 5,000 people in the park, including visitors, staff and residents, Stoesser said.

"People are getting ready, they have gone through this before." 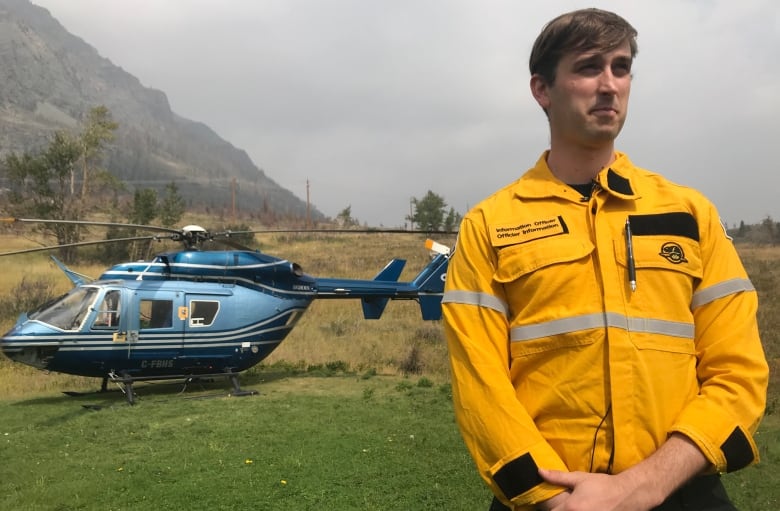 On Friday morning the wind had shifted to the north, Stoesser said, reducing the risk for the city, and the potential for rain on the forecast could also help.

The fire was spotted early on Thursday night and grew rapidly from about 20 hectares to 100 hectares within an hour and to 700 hectares by Friday morning, Parks Canada said in a release.

The Air Attack Team of the American Glacier National Park assessed the fire and determined that repression would not be successful in the current windy conditions.

"Parks Canada will continue to work closely with Glacier National Park to assess options for repression and inclusion," officials said.

"Parks Canada has deployed two helicopters and an attack team that will be used on Friday to delay the expansion of the fire to the east towards Waterton Lake, if conditions permit," Parks Canada said.

The warning means that residents and visitors must prepare themselves and their property for a possible evacuation.

Officials say that they will try to give as much attention as possible, but because conditions can change quickly, an order to leave can come soon.

People must leave within one hour if an evacuation is ordered.

Parks Canada also ordered the entire park, including backcountry campsites and hiking trails, to be closed. The staff swept through to evacuate those areas on Thursday evening.

The townsite, Highways 5 and 6 and Chief Mountain Highway remained open.

The evacuation warning comes almost a year after a huge forest fire has been burned through large stretches of Waterton Lakes National Park.

In September 2017, Kenow wildfires consumed more than 190 square kilometers in the park – an area twice the size of Grande Prairie, which accounts for 38 percent of the park. About 80 percent of the park's popular footpaths were affected.

Five houses outside the park were also destroyed. The park was under a mandatory evacuation assignment that lasted two weeks.

"We were shocked that it could happen again," said Christie Low, who lives in the city with her husband Max and a 13-month-old son. "We expected from the size of the fire last year that we were completely safe from forest fires this year."

She described the fire of last year as devastating and said she felt that although the fire is currently in Glacier National Park, it is still close to comfort.

"If it is burned, even if it is not technically Waterton, it feels like it is our home and it is sad to see how we can be kicked while we are down," she said. 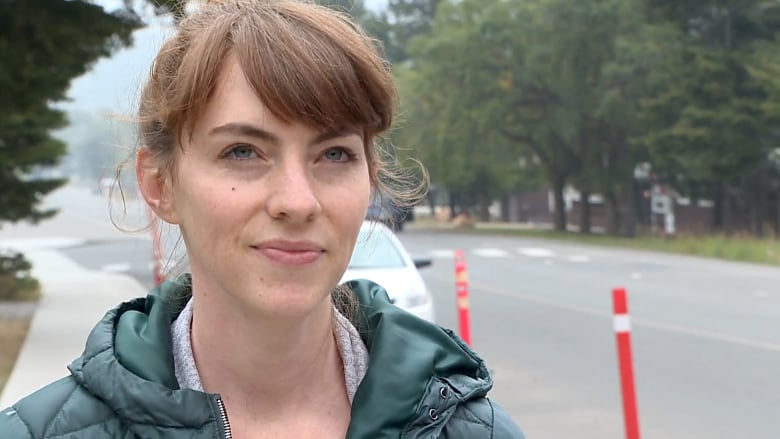 Christie Low, resident of Waterton, said she was shocked when she heard that wildfire was once again occurring in the national park. (Anis Heydari / CBC)

She said that last year's experience taught her that she did not need a bunch of material possessions to go away in case an evacuation is ordered this time.

"After last year we realized that the most important thing is our family and that we are safe," she said.

Max Low is co-owner of two local companies, Weiners of Waterton and Waffleton. 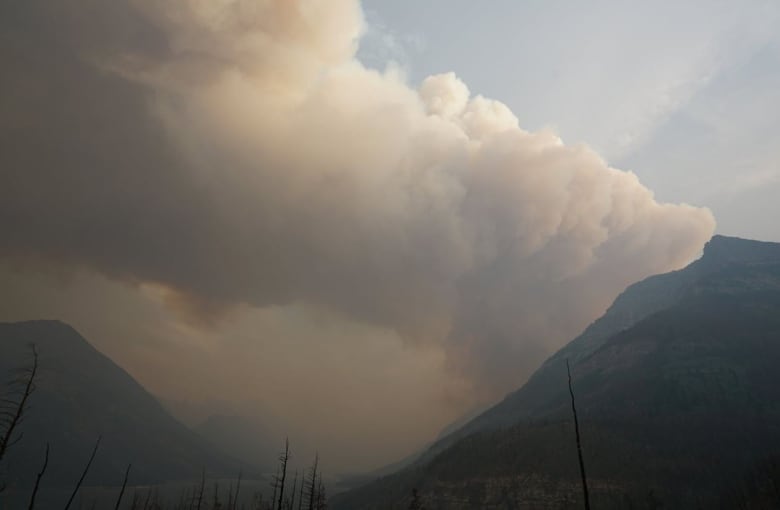 A wildfire that ran out of control south of Waterton Lakes National Park led to an evacuation alarm late on Thursday night. Awayward took this picture of the Bertha path just before it was closed for walkers. (@awayward_)

He said that it was a challenge for companies to have the horizon clouded by wildfire with the end of the tourist season.

"It was tough, there is only so much that we can do," he said.

But he says that he would give up life and work in the city for nothing.

"There is something special about Waterton that keeps me here," he said.

Kevin Hicks, general manager of Waymarker Hospitality, who runs three hotels in the park, says that people seem to be a bit scared.

"People wonder what will happen," he said, estimating the three hotels currently have about 300 guests.

"It's a little disappointing, after what we had last year," Hicks said, adding that some guests choose to leave early or cancel scheduled bookings. "It is certainly a heavy hit for the industry."

At the Northland Lodge, Aldrich was optimistic that an evacuation would not be ordered, but she says the hotel staff is ready when needed.

"We get the original porcelain we have that has been here since 1930, put it in a laundry basket, wrap it in towels, put it in the car and we will go," she said.

With files from Anis Heydari