Hwy 1 reopens completely after a serious accident near Sicamous 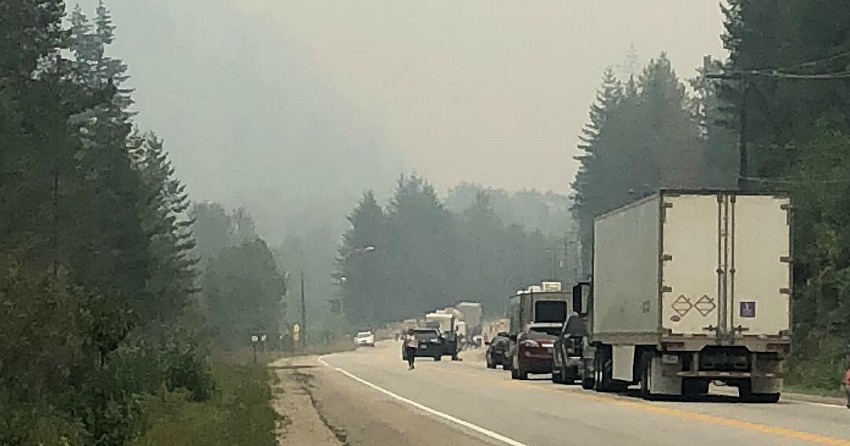 (UPDATE: 8:00) – Drive BC reports that Highway 1 east of Sicamous has been completely called, but drivers must expect heavy delays.

The section of highway was closed for several hours after a serious accident that was assumed to be fatal.

Read the full story of NowMedia below.

(UPDATE: 1:50 PM) – A witness on the spot tells NowMedia that it will take some time before Hwy 1 appears on the traffic again.

According to Jennifer Crate, a police cruiser drove through the stalled traffic and announced that the road would be closed for "a few hours".

The accident happened around 12.30. and it is believed that there has been one fatality.

"One person passed the center line and there was a collision," Crate told NowMedia. "A single resident in a red vehicle (looks like a car) did not survive."

"The other vehicle with at least 2 occupants was sideways and they are all right."

The Kamscan Twitter account, which controls police scanners in the region, also reported that the crash was fatal.

(Original story: 1:10 pm) – Anyone who goes east for the weekend may want to think twice about his route.

A crash has closed the Trans Canada Highway (Hwy 1) about 10 kilometers east of Sicamous.

The Kamscan Twitter account reports that an air ambulance has been called on the spot and calls it both a "serious accident" and a "fatal accident".

And it is a Fatal

DriveBC says that an assessment is currently under way and that major delays are expected.

There is no estimated opening time given and there is no available diversion.

DriveBC updates the situation at 2 PM. and NowMedia will update this story as that information becomes available.