It is exciting and very humble. Rebecca Alty is the new mayor of Yellowknife.

canada October 16, 2018 canada, Nation Comments Off on It is exciting and very humble. Rebecca Alty is the new mayor of Yellowknife. 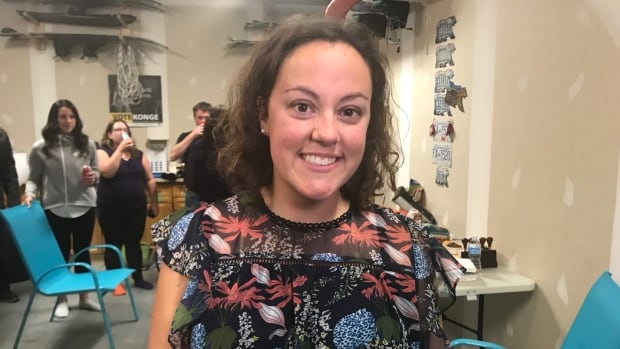 Rebecca Alty becomes the next mayor of Yellowknife, according to early figures.

So far, ballots from the seven electoral polling stations, Alty, raised 2,877 votes. Adrian Bell is in second place with 2097 votes.

"It is exciting and very humble," she told CBC. "I will sleep, I do not know when!"

Alty said she would walk into the field, would get the budget for 2019 approved, and there will be orientation for council members. She said she was eagerly awaiting to see who the eight council members will be.

Bell took the race around 9:30 PM and said he called Alty to tell her.

At the headquarters of Alty it is very lively right now! Everyone celebrates the victory. #nwtvotes #Yellowknife #yzf pic.twitter.com/32p3eMLppL

"The people have spoken and I called Rebecca and I congratulated her, I think she has had a very strong campaign and now we continue," he said.

"A lot of people came to vote and it looks like they're looking for something different for Yellowknife right now."

Bell, a real estate agent by trade, said that the last six weeks of campaigns was a "heavy gap".

The first results brought the other two candidates for the mayor – Jerald Sibbeston and Bob Stewart – in third and fourth place. Sibbeston has 85 votes, while Stewart has 82.

Adrian Bell gives the mayoral race to Rebecca Alty. "Many people came to vote and it looks like they are now looking for something else." #nwtvotes #Yellowknife #yzf pic.twitter.com/bj8H4G4tuI

Alty will be the second woman to become mayor of the city. Pat McMahon was the first female mayor of Yellowknife and served from 1988 to 1994.

Female candidates sweep the municipal elections in the N.W.T. on Monday – Lynn Napier-Buckley was re-elected as the mayor of Fort Smith and Natasha Kulikowski is the new mayor of Inuvik.

Both Alty and Bell served two terms as a city councilor, and also served as deputy mayor for a while.

Alty's platform focused on improving the planning within the city itself, in particular the ten-year plan to end homelessness. Most recently she worked in communications for the Diavik diamond mine and worked previously for the territorial government.

Both Stewart, a libertarian who campaigned for the cleaning up of the inner city, and Sibbeston, who ran on an anti-corruption platform, lacked political experience in the past.

Bylaw to extend the term

Voters in Yellowknife also cast their vote on a regulation on extending the term of mayor and council from three years to four years. The early digits have & # 39; yes & # 39; take the lead, 1,054 to 701.

"I've just seen the boycott attack coming in and it's exciting," Alty said. "I think it will be very good to be able to work a little longer to keep our plans running smoothly and see action."

Outgoing mayor Mark Heyck was not looking for re-election this year. After two terms of office as mayor and 15 years in the city council, Heyck said he would like to spend more time with the family. Since then he is the executive director of the Arctic Energy Alliance.

The new council and mayor will take office on 5 November.