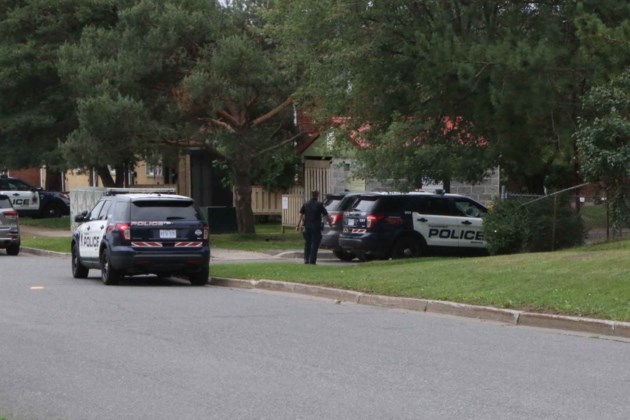 THUNDER BAY – City Police said that a stalemate in a residential complex on Windsor Street came to a peaceful conclusion just before three in the morning.

The incident, which lasted more than 26 hours, led to the arrest of a 36-year-old man from the Toronto area. Kurt Downer was taken into custody for a number of crimes with criminal code that would have been committed in Thunder Bay, as well as several outstanding arrest warrants issued by the police in the GTA.

The suspect, whose police thought he was armed, is expected to appear in court on Sunday.

The police say the incident began at 12:20 pm on Saturday, when officers recognized a man whom they thought would be sought in the Toronto area. They tried to arrest the suspect, but he fled and the police followed him to the residential complex at 288 Windsor Street.

The male refused to surrender and the police feared public security, closed the area, evacuated local residents and set up a command center with negotiators, the emergency relief unit, containment and uniformed patrol officers and other support units.

The police used tactical devices to try to force a surrender, but without success.

Thunder Bay Police Service was later joined by the emergency response team of the OPP and tactics and rescue units of a number of detachments in Northwestern Ontario, as well as one from Southern Ontario.

The incident eventually ended on Sunday at 2:50 am, when the suspect surrendered to the OPP-TRU after they had entered the house where he had been entrenched.

The police have since released the site.