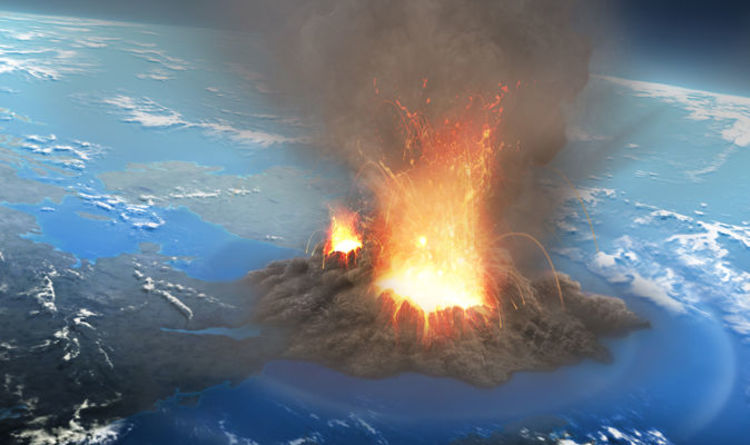 The most devastating extinction of the earth was caused 250 years ago by Siberian volcanic eruptions.

Almost no species has survived the extinction of the big perm, known as the "Great Dying," which lasted a million years.

The event destroyed more than 95 percent of marine life and 70 percent of land animals.

Catastrophic changes in the environment are also the result of the period.

But scientists did not know what it was that wiped out life – until now.

Geoscientists have now discovered exactly why the eruption was so devastating.

In a new research paper, geoscientists claim that the millions of years old chemicals released in the atmosphere are so poisonous that they essentially deplete the earth from its ozone layer.

This led life on our planet to be exposed to deadly solar radiation that would have greatly increased the risk of cancer and caused plant life to die – leading to the death of animals due to lack of food and poor breathing conditions.

The researchers analyzed Siberian rocks from between the earth's crust and the mantle that date from the time of extinction.

They found that the rocks contain an extremely high concentration of deadly chemicals, such as bromine, iodine and chlorine.

The toxins ate away at the ozone layer, exposing animals on our planet to the deadly elements from space.

Lead author of the research, Michael Broadley, said: "We concluded that the large reservoir of halogens stored in the Siberian lithosphere was sent into the atmosphere of the earth during the volcanic explosion, effectively destroying the ozone layer at that time and a contribution was made to the massive extinction.

"The scale of this extinction was incredible.

"Scientists have often wondered what made the Siberian Flood Basalts so much more deadly than other similar eruptions."

Life on earth would be very different from how we know it at the time of the volcanic eruption 250 million years ago.

Dinosaurs had not even come to this point. Instead, the earth was dominated by reptiles – which were the forerunners of the dinosaurs that came about 10 million years later.

The planet would be home to large herbivores known as captorhinomorphs, which were between two and three meters long (7 to 10 feet) and were the first group of reptiles.

The ocean was dominated by bony fish with fan-shaped fins and thick, heavy scales.