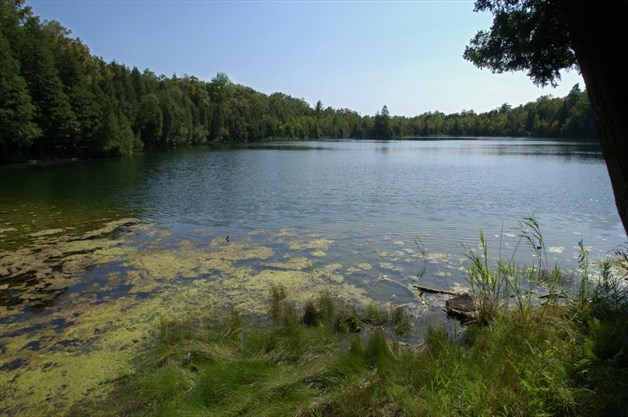 It is not the end of an era, but it is perhaps the dawning of a new era. And the evidence can lie in the gunk that has been located on the bottom of Crawford Lake north of Burlington for thousands of years.

Researchers from McMaster and Brock universities hope that the well-preserved sediment of the lake will be the definitive marker that can be used to show that the planet has entered a new geological time period.

Since the end of the last ice age almost 12,000 years ago, we have lived in what is known as the Holocene era, which is part of the Cenozoic era. Palaeontologists and geologists now propose the beginning of a new era called the Anthropocene.

The idea is to mark the beginning of a new era, an era in which human activity is beginning to have a dominant influence on the climate and the environment of the planet.

The trick is to choose a starting point for this new era and the leading contender at this time is somewhere between 1945 and 1950 – which marks the period when a number of atomic bomb tests were conducted, such as the great Trinity test that took place in the desert from New Mexico, shortly before the end of the Second World War.

It appears that these nuclear explosions have shot small radioactive particles high into the atmosphere, where they would blow all over the world and then fall back to the earth, either by itself or in raindrops.

"The atmospheric system is quite dynamic and it can transmit those particles fairly quickly," says Joe Boyce, a McMaster professor in geophysics and geoarchaeology who is part of the research team.

This is where Crawford Lake comes into the picture.

The lake is a unique ecosystem that is ideal for studying sediment. It is a small, deep lake with a limited amount of water that enters and water goes out. More importantly, the layer of water robs oxygen at the bottom, so the normal soil-feeding organisms are not there.

The result is an undisturbed sediment that accumulates in well-defined layers, just as the rings of a tree are built up year after year.