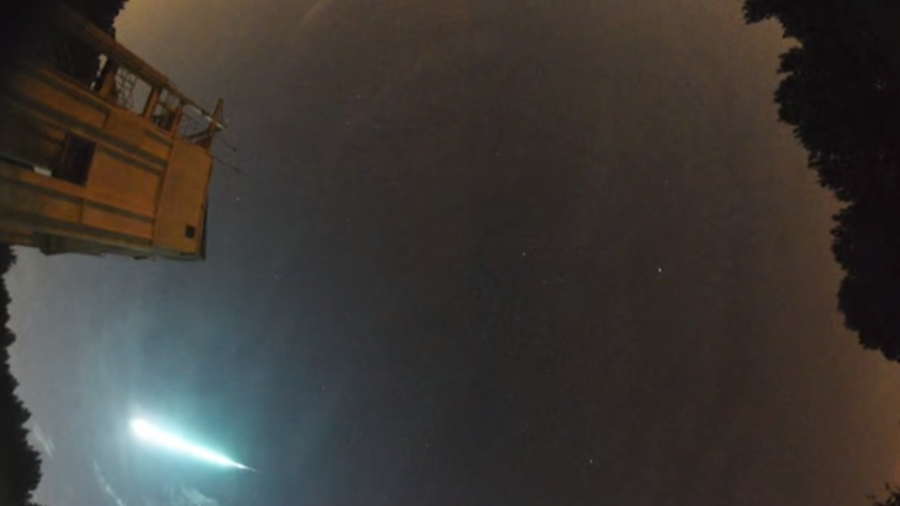 A fireball that airborne Friday in the US state of Alabama has been confirmed by NASA as an asteroid that was "at least 40 times brighter than the Full Moon".

"[Friday] at 12:19 pm Central Daylight Time, countless eyewitnesses in the South East reported seeing a very bright fireball, which was also detected by all six NASA meteor cameras in the region, " the statement from NASA's Meteoroid Research Unit (MRU) said. NASA has now released a video of the bright, burning space object online.

NASA analysis shows that the meteor was first seen at a height of 58 miles above Turkeytown, Alabama. The fireball then moved to the northwest with a whopping 53,700 miles per hour. It then broke about 18 miles above the town of Grove Oak.

Security camera / doorbell camera video of the fireball of last night over Alabama at 12: 20a CT. From Jason Stricklin, Shannon Stephens, Barry Pender and Chris Bruner. The meteor was 18 miles above East Alabama and moved at 53,700 km / h. It fragmented over Grove Oak, in DeKalb County. pic.twitter.com/TVhcqht0RE

The first results show that the small asteroid is 6 feet in diameter. NASA added that they are not sure if the fireball landed, but the space agency said the bright, burning space dog "triggered every camera and sensor controlled by the meteorological environmental center in the region."