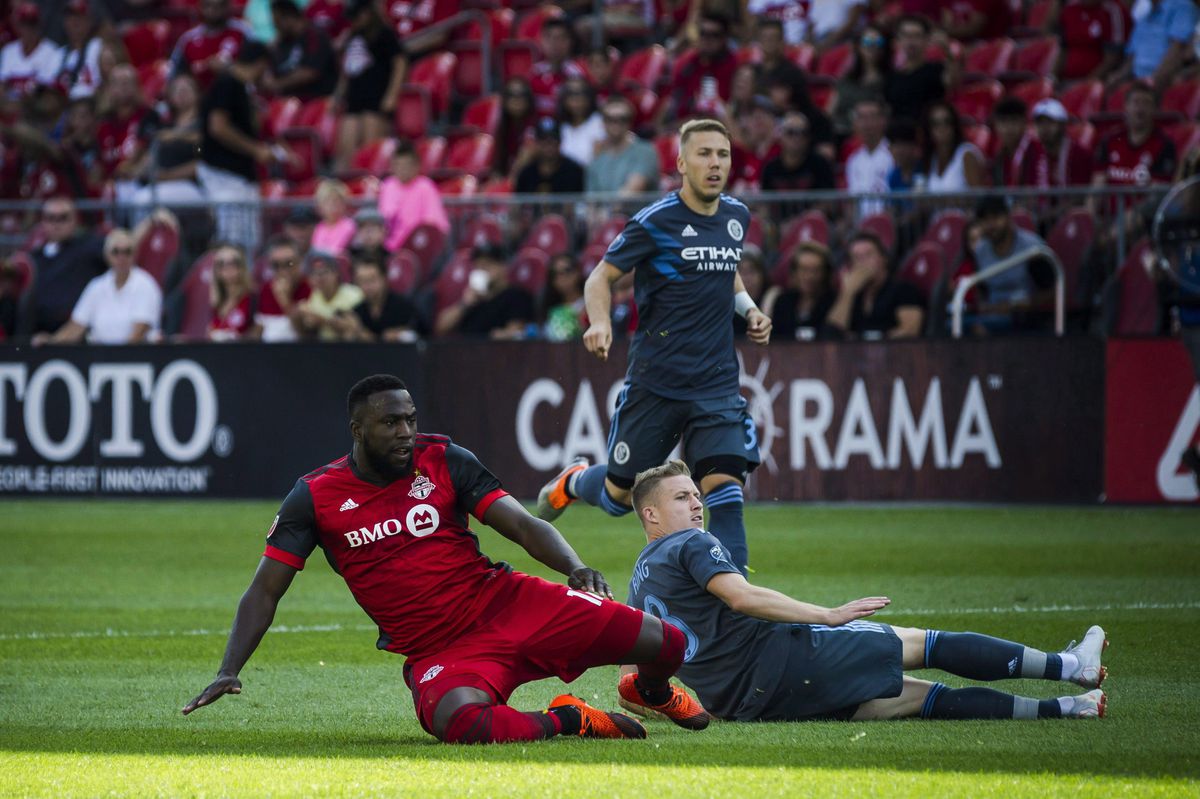 An unfortunate Greg Vanney condemned MLS's decision to give Toronto FC striker Jozy Altidore an extra ban on one game, but said his team will have to.

Altidore, who played in San Jose in San Jose on the weekend after a red card from 12 August, lost his appeal to the decision of the MLS Disciplinary Committee to double the suspension of one game.

His ejection meant that Toronto was reduced to 10 men for the last 79 minutes of the loss of 3-2 for NYCFC. Vanney said, given the time at which Altidore was sent away, the ban mainly consists of three games.

"It's a hard suspension," Vanney said after training on Thursday. "I do not agree, but as we do this this year with everything, we'll save it and we'll get through it."

Altidore was captured by defender Alexander Callens and felt himself polluted, repaid by kicking to the Peruvian international who had lost the ball. Callens went down for the assistant referee, which gave referee Hilario Grajeda the red card.

Vanney called it a moment of emotion.

"I saw millions and I even saw it in that game when Toronto midfielder Jonathan Osorio was eliminated," he added.

In the aftermath of the red card, Altidore admitted that he could not respond.

"And that's it, so you learn from it and you continue."

The firepower of Altidore was welcome on Saturday when the Montreal Impact (10-13-3) came to the city. With 10 remaining games, Toronto (6-12-6) is nine points from the sixth and final playoff venue of the Eastern Conference currently held by Montreal.

"I do not think this is (win) game or that we're out, but I think it's very close," Vanney said.

Vanney said the team is likely to win "at least seven" of the remaining 10 games to enter the playoffs, with points needed from the six home games.

Vanney says the team is awaiting the Spanish playmaker Victor Vazquez, who got a cortisone in his knee this week. Defender Chris Mavinga (hamstring) is also monitored after he felt trapped during his last outing. Brazilian wingback Auro (hamstring) is out.

The good news is the striker Sebastian Giovinco, who saw limited action in San Jose because of a sore groin, is good to do. Vanney can also deploy newcomer Lucas Janson in advance.