McDonald & # 39; s close some of its restaurants in Venezuela 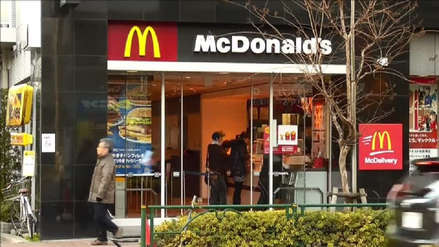 McDonald & # 39; s closed "a limited number" of his restaurants Venezuela, a country experiencing a severe economic crisis, said Arcos Dorados, the company that operates the American brand, in a statement.

"We continue to adapt our operations to the dynamics of the markets we operate in. In line with this dynamic and adjustment, we have recently closed a limited number of restaurants," the company said in a statement, without specifying the number of closed stores. However, the local press and users reported that there are seven closed restaurants, four in Caracas and the rest of the province.

Arcos Dorados said in his statement that "it does not close franchises" and emphasized that at the moment operate "more than 120 restaurants" in Venezuela. "We remain committed to the development of the country, as we have done in Venezuela for 33 years, and started working worldwide since McDonald's," the text says.

Venezuela is experiencing an acute economic crisis characterized by hyperinflation that could exceed 1,000,000% this year, according to the IMF, and an acute shortage of food and medicines. President Nicolás Maduro began applying a series of economic reforms on August 20, which began with the launch of new banknotes that deduct five zeros from the local currency, pulverized by inflation.

In addition, the president raised the minimum wage by more than 3,400% and assured that his government would assume the difference of the increase in the country's small and medium-sized enterprises for 90 days. After the announcement of the measures, which also include an increase in taxes and petrol – the cheapest in the world – many stores are not opened and analysts warn that the smallest will not be able to pay the new minimum wage (AFP)