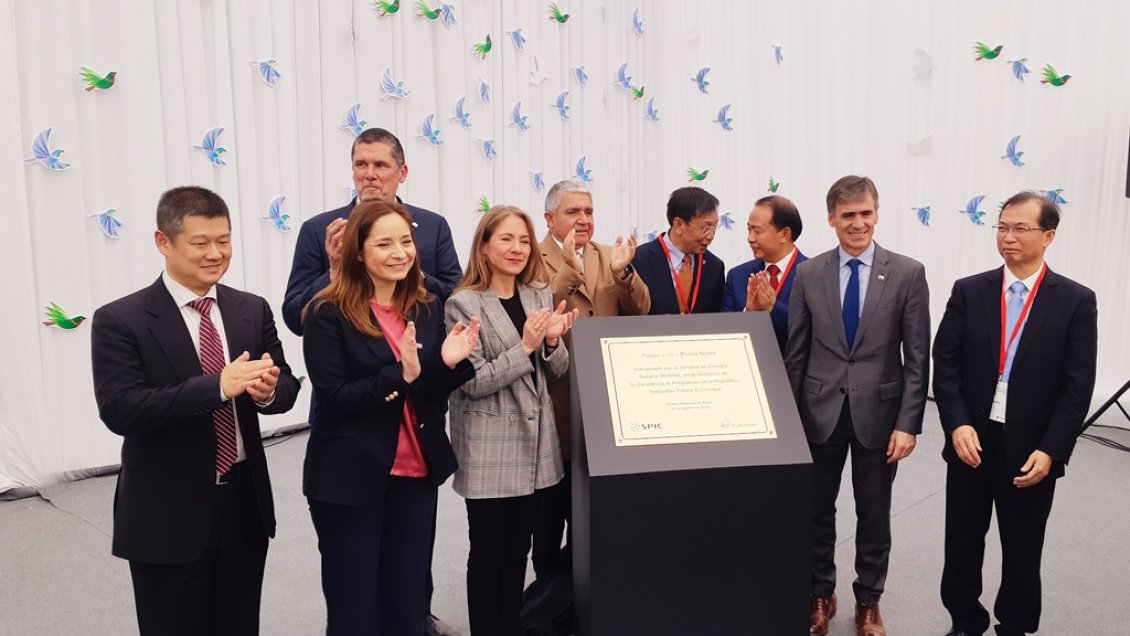 This Friday, the Punta Sierra wind farm in Ovalle, Coquimbo region, which will supply 170 thousand homes with electricity.

It is a project of the Australian company Pacific Hydro and SPIC, of ​​Chinese capital, which meant an investment of 150 million dollars.

There are 32 wind turbines, these will generate 82 megawatts (MW), which corresponds to the supply of 170 thousand homes, and in the construction there were around 200 people, also by installing an electrical substation, so that other similar projects can join in the delivery to the National Electric System (SNE).

"Renewable energy and other technologies have reduced their costs, so today we see a variety of projects and alternatives that will contribute to more competitive energy sources as promoted by the government," said the Minister for Energy, Susana Jiménez.

Although the managing director of Pacific Hydro Chile, Renzo Valentino, Said that "this is an area rich in wind, it also has a very good topography and these are characteristics that we consider to be regulated here, which allows us to evaluate new studies to assess wind and solar projects in the north of the country ".

We continue to encourage investments in renewable energy. in #Ovalle we have inaugurated the Punta Sierra wind farm, which will supply more than 170,000 homes. pic.twitter.com/cNj5SLp6ol

The Coquimbo region reached 70 percent of installed capacity in the country in terms of renewable energy generation and 34 energy projects in development, which translates into more than four billion dollars of investment.

According to a report from the Ministry of Economic Affairs, energy initiatives are second to the investments that the government is expected to boost over the next four years.

"We want a ministry that puts energy at the service of people," says the minister @susanajimenezs.

✨ Punta Sierra Wind Farm will supply electricity to families who do not have electricity 24 hours a day.

The solution was the renewable 💞 pic.twitter.com/zcNVWOBZeq