Santiago Stock Exchange is still hit by a crisis in Argentina 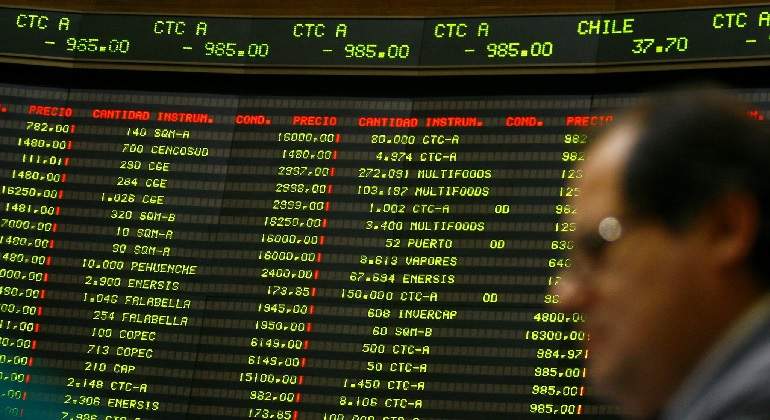 The Santiago Stock Exchange closed yesterday, Tuesday, with a new and significant loss, hit by the Argentine crises and scoring at the lowest level of the year, in line with the negative performance of the external markets.

The IPSA index, which groups the main shares of the stock market, fell by 1.21%, according to official figures at 5,173.03 points.

The indicator has not pierced the limit of 5,200 points since December 2017.

Global markets were closed red, amid growing fears that the United States will impose new tariffs on Chinese imports and escalate the trade war between the world's two largest economies.

At local level, one of the losers in the session emphasized the actions of the retailer Cencosud, which decreased by 4.06%, while the series B titles of Embotelladora Andina decreased by 4.23%.

The roles of Cencosud and Andina, including companies with activities in Argentina, have lost groundor in the last days amid a serious currency crisis in the neighboring country.