Nearly a thousand Chileans have already been vaccinated; a doctor refuses to wear a mask, accuses “coronamania” and a Pfizer vaccine could be approved in Chile on Thursday; three things we learned about the coronavirus this week

chile December 5, 2020 chile Comments Off on Nearly a thousand Chileans have already been vaccinated; a doctor refuses to wear a mask, accuses “coronamania” and a Pfizer vaccine could be approved in Chile on Thursday; three things we learned about the coronavirus this week 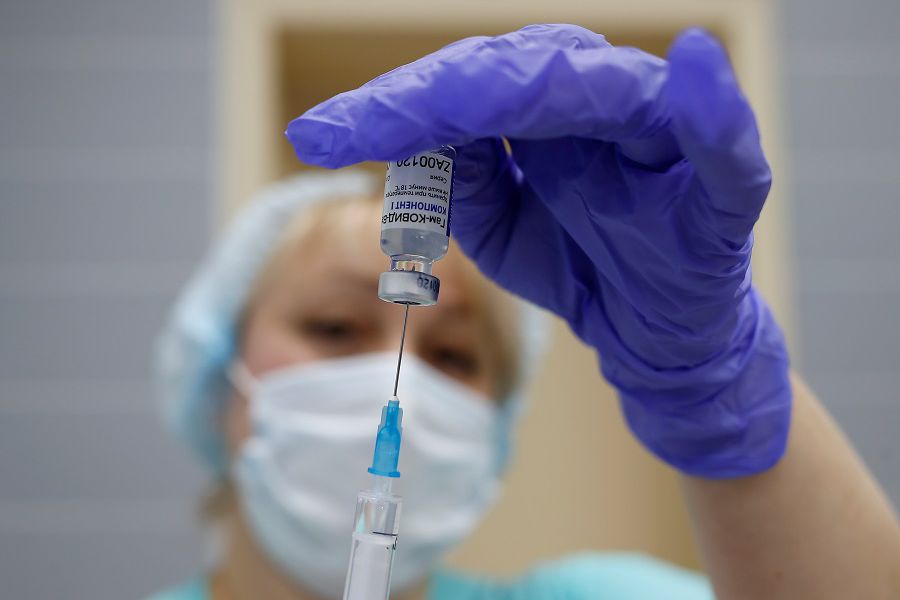 About 1,000 Chileans have already been vaccinated against it virus Sars-CoV-2. All are volunteers from the tests conducted by various laboratories in the country. More than 700 correspond to the candidate vaccines of the pharmaceutical company Janssen, from the laboratory of Johnson & Johnson, the first to begin testing in the country.

This essay is led by the Faculty of Medicine of the University of Chile, which coordinates the inoculation in three organisms: From Family Health Centers (Cesfam), one in Colina, and another in San Bernardo and the Exequiel González Cortés Hospital. They have already vaccinated more than 400 people in these accommodations.

Miguel O’Ryan, academic of the Institute of Biomedical Sciences (ICBM) from the University of Chile and one of the study’s leaders, said in a note to Qué Pasa that there is great interest in volunteering and that the teams are working at full speed across the three campuses. “Our goal was between 100 and 120 vaccinees per week. We started with the first week of November and hope to reach 400 these days. Now our goal is to complete a minimum of 500 volunteers ”, he pointed.

This week also added the first vaccinated of the other three candidate vaccines being tested in the country. Last Friday, the vaccination of the Chinese laboratory Sinovac, a trial led by the Catholic University, which has already vaccinated several dozen people, began.

And this Thursday also began the other Chinese candidate, CanSino, whose trial is being conducted in the south of the country and coordinated by the University of La Frontera.

Dr. Rafael Silva, who is leading the Janssen study in Talca, also told Qué Pasa that the interest and participation was very positive and there are already several patients who have finished a month since that vaccination That is why samples have already been taken to measure antibodies and sent to the United States.

On Wednesday started to vaccinate volunteers from the clinical study of the vaccine developing it Oxford university and the pharmaceutical company AstraZeneca.

The Dr. Sergio Vargas, academic of the Institute of Biomedical Sciences (ICBM) from Faculty of Medicine of the University of Chile, and one of the lead investigators of the Astrazeneca-Oxford vaccine clinical trial in the country, highlighted that they already have more than 300 registered volunteers. Among them, many are health officials, mainly from the North Metropolitan Health Service), but he stressed that the vaccine is also open to people who work for the public or they must move together.

“I want to expose what I call coronamaniaA doctor explained in a video shared on YouTube, the one who quickly went viral because of his tenor.

Steven LaTulippe is an American doctor who last November 7, in the context of the US presidential election and during a call “Stop stealing” In support of President Donald Trump for a group gathered in front of the State Capitol, in the city of Salem, he pointed out that the measures currently being taken in the face of the pandemic are, in his opinion, just a “ coronomania. ”

Via a video, that was made viral by a political group Called Multnomah County Republicans and first reported by a local Portland television station, the doctor said that Covid-19 was just one “common cold” Worse, he added that his clinic employees had not worn masks during the coronavirus pandemic.

“I hate to tell you this, it might scare you, but me and my staff, none of us wore a mask in my clinic ”, he continued as the crowd cheered. And how many problems have we had in our clinic because of that? Zero. Absolutely none ”.

LaTulippe, who owns a clinic called South View Medical Doctor in Dallas, southwest of Portland, said he has treated nearly 80 patients with Covid-19. Before taking the microphone, he was introduced as a doctor who would speak about the “Myths of the Covid”.

“We have been completely cheated, and I want you to know this is crazy and that the goal was only to shut down the American people. This is a threat to your freedom, a threat to our constitution. I ask everyone, don’t put on the mask of shame, ”said LaTulippe.

“It’s a mask designed to control you and turn you off,” he said, calling out the virus that killed more than 271,000 people in the United States. “A cold virus.”

In a telephone interview conducted by the NBC portal in the US on Wednesday, LaTulippe has far from limiting his statements, reinforced his ‘anti-mask’ attitude, explain that he disagrees with demanding them because he believes that “there is bad science behind it.”

“I have absolutely none no infectious problem and I have completely successful treatments, So I ask, “What’s the problem?” Why would they demonize me if I know what I’m doing? ‘He said.

“I have a very rigid flu and virus season protocol in my clinic, and it has been working very well for me for years. “he continued. “I’ve never had anyone on my staff or got myself sick.”

Nearly 37,000 Americans died from Covid-19 in November, most in any month since the dark early days of the pandemic, a record that could be broken again in December.

Authorizing the use in Chile of the vaccine from the pharmaceutical company Pfizer and BioNTech, the Public Health Institute (ISP) convened a committee of experts to advise the regulator on this decision.

The same will happen in the United States. The company wants its vaccine prototype to be used in the prevention of Covid-19 before clinical trials are completed, after the excellent preliminary results obtained so far (95% effectiveness). For this reason, it submitted the documents for an emergency permit, a decision for which the Food and Drug Administration (FDA) agency has also requested the formation of a group of experts.

Next Thursday, December 10, the day will be chosen for the US decision and seven days later the same experts will decide on the vaccine from the company Moderna, the other pharmaceutical company that has submitted its documents for a license of this type.

In Chile, the meeting is between the experts of the advisory board and ISP specialists deciding whether or not to allow its use in the country will take place between December 10th and 18th, according to the director (s) of this institution Heriberto García Escorza.

For now, García explained to Qué Pasa, There is no exact date, because they have to coordinate schedules between 22 people, but he believes the fix will be quick and one session will be enough.

If approved, the work of the ISP will continue with what is called a batch check, a process where it will be reviewed, batch by batch, the production and quality control protocol, as well as their release certificates and transport conditions, through a documentary investigation.

“All drugs and vaccines are subject to control and supervision,” García told Qué Pasa. The granting of the sanitary registration, he adds, imposes obligations on the holder regarding the monitoring of the product (detection and reporting of side effects), while the ISP, within its functions of drug control, the control (i.e. the whole process of hospitalization, distribution and use of the vaccine is carried out in accordance with the consent granted) and monitoring of adverse events.