Taking selfies on the beach without a mask: the controversial photos of Piñera in Cachagua | National

chile December 6, 2020 chile Comments Off on Taking selfies on the beach without a mask: the controversial photos of Piñera in Cachagua | National 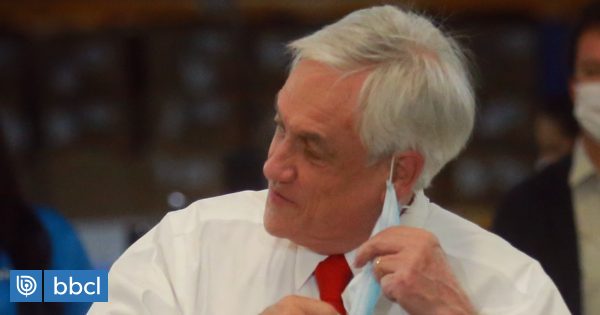 Taking selfies on the beach without a mask: the controversial photos of Piñera in Cachagua

Controversy sparked a series of images in which President Sebastián Piñera appears take pictures on Cachagua beach, in the region of Valparaíso.

As can be seen in the images published by The Clinic, the president has been removed selfies together with people, but without the accompanying mask.

According to the media, Piñera smiled and took photos with the people who recognized him around the 6:00 pm on Saturdaywhile he was accompanied by three men, two of whom were escorts.

During his walk on the beach, he is said to have approached the lifeguards and asked to take a photo with one of them, who has Down syndrome.

The media added that they consulted the Presidency, from where confirmed the president’s stay in Cachagua and the walk on the beach.

Some of the photos the president took went viral on social networks, from the same users who criticized not using masks.

Even a user who posted one of the images commented on it “We wore the mask”. Later this photo was removed from the account.