2018 Emmy Awards: "Game of Thrones", "Black Mirror" and "Rick and Morty" at the first winners 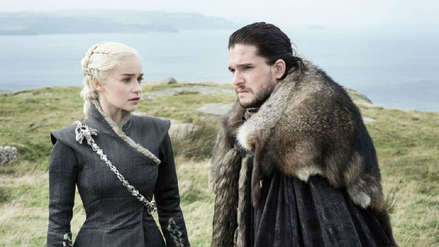 the 2018 Emmy Awards are already busy with the presentation of the Creative Arts Emmy Awards, the most technical awards, which called for "Game of Thrones"with seven figurines (of the 22 he chooses) and the miniseries"American Crime Story: The murder of Gianni Versace"with four.

The winners of the main categories will be announced on Monday 17 September, from Los Angeles, led by Colin Jost and Michael Che via the TNT channel.

With these first prizes, the fiction about the battle for the Iron Throne unpacks the most award-winning series title in Emmy history. It was recognized in the categories to the best costumes of fantasy or science fiction, prosthetic makeup, music, sound mix, visual effects, among others.

On the other hand, "The Handmaid & # 39; s Tale"continues adding honors such as best guest actress (Samira Wiley), while the chapter" U.S.S. Callister "the"Black mirror"He got the figurine for the best movie for television, among others.

Guest actor in a dramatic series: Ron Cephas Jones, "This Is Us".

Casting for a limited series: "The Assassination of Gianni Versace: American Crime Story".

Cast for a dramatic series: "The Crown".