For Leonardo Padura, irony is always "smarter than cynicism" 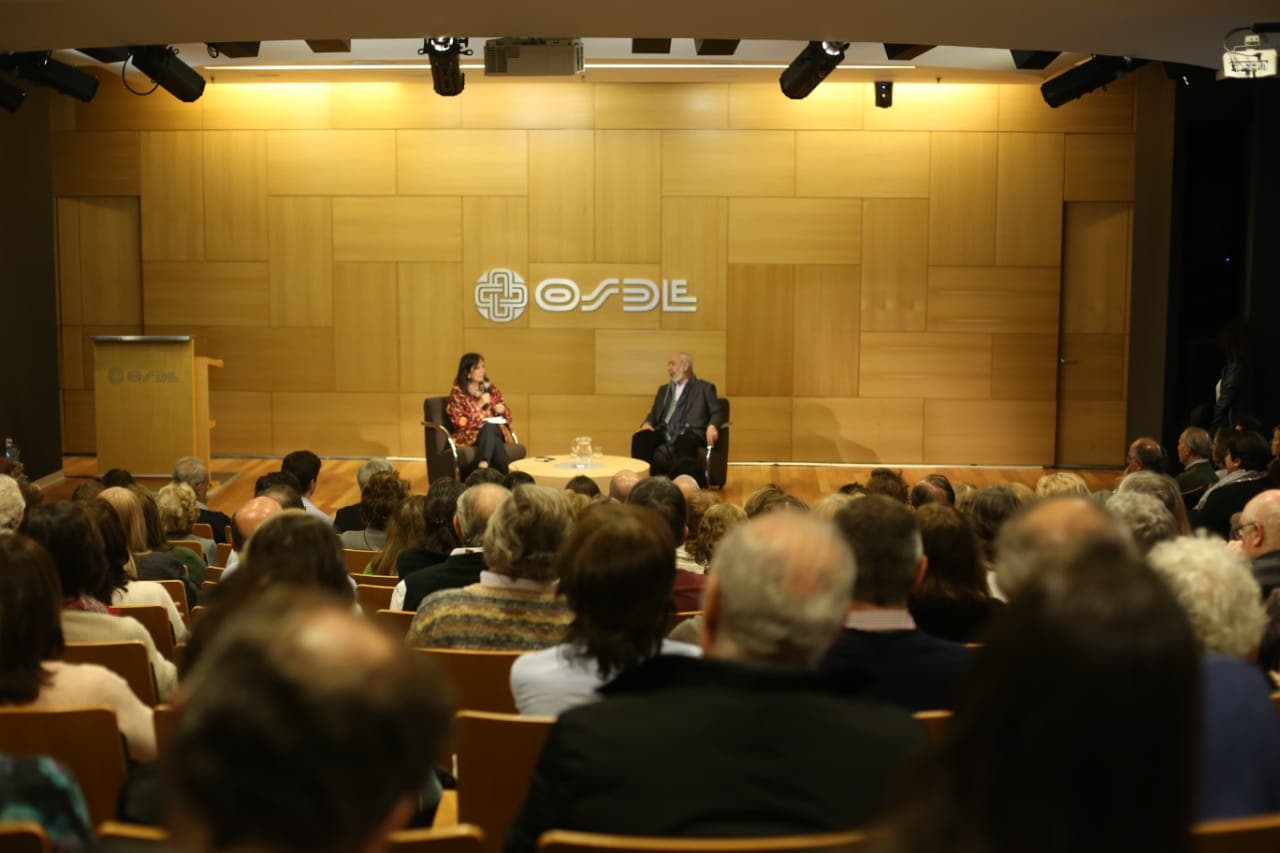 He spoke to Claudia Piñeiro last night at the OSDE Foundation; the exile and the condemnation of the integrismos: "They are all the same"

After his visit to Santiago de Chile and the city of Córdoba, the Cuban writer Leonardo Padura appeared in the auditorium of the OSDE Foundation yesterday afternoon, accompanied by the writer and playwright Claudia Piñeiro.

Padura, who arrived with his wife, writer Lucía López Coll, traveled to the country invited by the OSDE Foundation and Tusquets, his publishing company, which has just published
The transparency of time. This new novel is the leading role of sex detective Mario Conde. I'm afraid of old age, & # 39; famous Padura and summed up the benefits of growing older with a Spanish proverb: "For what I left behind in the convent, I am said to be inside. & # 39; The readers celebrated laughing.

The conversation between the two writers, announced a week ago, was preceded by a campaign by the pro-life & # 39; groups for the OSDE Foundation to cancel the author's participation.
The curses. Through telephone and social networks, groups of people insisted on their claim, which was ignored by those responsible for the Foundation. In a few days more than five hundred people have signed up to attend the interview.

The conversation began when the writer asked the Cuban if he thought there was "two Padura" in his work, who wrote the detectives with Detective Conde and the author of
The man who loved dogs. He also wanted to know whether in his new novel there was a desire to combine both narrative styles.

The prestige of the printed letter

After a pause, Padura replied that the protagonist in Count's novels protected himself from reality with the shield of irony, while in the others "the tragedy of the egalitarian utopia of the twentieth century" hovered over the characters. "Irony is smarter than cynicism," he added. in
The transparency of timeCount is worried because some of his friends want to go into exile. In old age he is afraid to stay alone on the island. "I started writing a novel about the diaspora of my generation," revealed Padura.

The issue of exile is one of the universal tragedies of the world for the writer, although he admits that every case and every country has its characteristics. And he pointed to different types of Cuban exile: politically, economically and even caused by sexual orientation. At that time, Padura remembered two great Cuban writers who suffered from the morality of the Cuban revolution: Virgilio Piñera and José Lezama Lima.

While the two writers were speaking (especially Padura, who took her time to answer), female staff from the OSDE Foundation supplied blank sheets and pens to people in the audience. After Piñeiro & # 39; s questions came those of the assistants. "For readers like us, printed letters have prestige," Padura said. And he told the story of the historical research he had developed to write his new novel, in which a lover steals the valuable statue of a black Madonna. In this study of history with fictional purposes, the writer discovered similarities between the present and remote ages. "The integrismos are almost identical," he said.

A postcard of the daily life of the author was also given. "My internet access in Cuba is like you had in the 90s," he said, and imitated the sound of the frightening pip of a desperately slow connection. He also anticipated the future of Mario Conde: "I would like the farewell novel by Mario Conde to be written in the first person".

Warm and entertaining, and without unpleasant disturbances, the conversation between the writers made way for the series of questions from the audience. As he stood, a reader who accepted himself as a fan asked Padura to recommend him to a writer. "Claudia Piñeiro," said the Cuban and led a new wave of smiles in the hall.