"Star Wars": Actor of "Lost" is reunited with J.J. Abrahams in the galactic saga 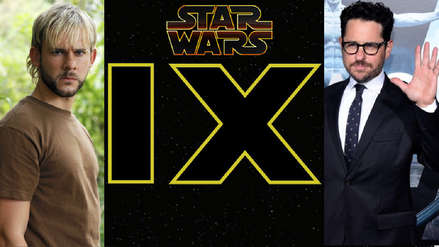 The actor Dominic Monaghan, known from the series "lost"and for the trilogy of"The Lord of the Rings", is added to the cast of episode IX of"Star Wars", still without official title, informed the specialized media" Deadline ".

"& # 39;The galaxy very, very far away, almost had the same influence as the galaxy in which I livedor, so I am very happy to be involved, "said the actor and joked about the famous opening titles of the films"Star Wars".

Monaghan comes together like this J.J. Abrams, director of the new episode of the galactic legend and one of the makers and producers of "lost".

In addition to his role as Charlie Pace in "lost", the actor is best known for his image of the hobbit Merry in the film trilogy of"The Lord of the Rings", from the director Peter Jackson and that he adjusted the fantasy novels of the big screen J.R.R. Tolkien.

At this moment it is not known with which character Monaghan will play "Star Wars".

This ninth chapter would originally be directed by Colin Trevorrow, director of "Jurassic World"(2015), but creative differences with Lucasfilm led the studio to eventually bet on the return of Abrams to the director's chair, Abrams is also co-author of the script with Chris Terrio (" Argo ", 2012).

In addition, Lucasfilm announced at the end of July that Carrie Fisher, who died at the age of 60 in 2016, will see Leia posthumously in this film by means of recordings made for "Star Wars: Episode VII – The Force Awakens"that was not used.

The film, of which filming in London is already under way, will be released in the cinema in December 2019. EFE