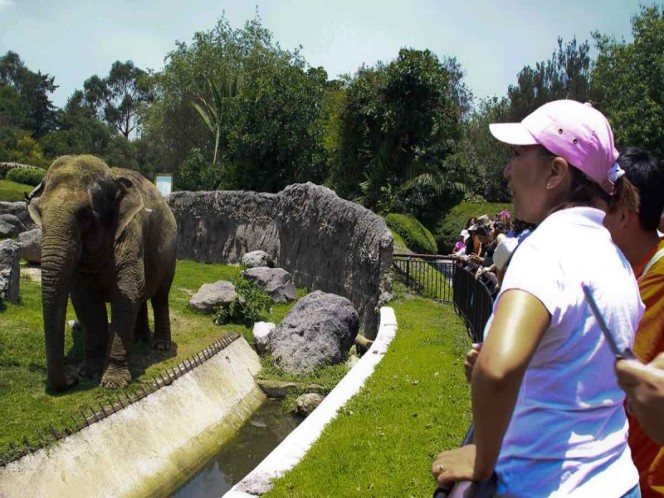 It is estimated that 17% of people worldwide died from cancer, but less than 5% died from captive elephants

Sand estimates that 17% of people worldwide die of cancer, but less than 5% of captive elephants, which are also about 70 years old and have about 100 times more carcinogenic cells than humans, die from the disease.

Three years ago, research teams from the University of Chicago Medical Center and the University of Utah, who worked separately, began to unravel why. They knew that people, like all other animals, had a copy of the main tumor suppressor gene from p53. This gene allows humans and elephants to recognize the irreparable damage of DNA, a precursor to cancer. Then it causes these damaged cells to die off.

Surprisingly, the researchers discovered that elephants have 20 copies of p53. This makes their cells significantly more susceptible to damaged DNA and faster to participate in suicide of cells.

In the journal Cell Reports, the team at the University of Chicago describes a second element of this process: a gene against cancer that returned from death (a zombie gene).

The genes are being duplicated all the time, "said Dr. Vincent Lynch, associate professor of human genetics at the University of Chicago and lead author of the study." Sometimes they make mistakes when producing non-functional versions known as pseudogenes . We often call this dead genes. & # 39;

However, while studying p53 in elephants, Lynch and his colleagues found an old pseudogen called leukemia-inhibiting factor 6 (LIF6) and somehow evolved to a new switch. LIF6, back from the dead, had become a valuable functional gene. Its function, when activated by p53, is to respond to damaged DNA by killing the cell. The LIF6 gene produces a protein that goes relatively quickly to the mitochondria, the main energy source of the cell. That protein makes holes in the mitochondria, causing cell death.

This dead gene has come back to life. When activated by damaged DNA, it quickly kills that cell. This is beneficial because it works in response to genetic errors, mistakes made when repairing DNA. Therefore, a subsequent cancer can be prevented by causing cell death. "" Therefore, zombie, "Lynch said.

Elephants have eight LIF genes, but only LIF6 is known as functional. Although recently described, it seems to have been helping the elephants and their family members for a long time.

Large and long-lived animals must have developed strong mechanisms to suppress or eliminate cancer cells to live as long as they do, and reach their adult size, "said co-author Juan Manuel Vázquez, a PhD student in the study." We can use the tricks of evolution to try to discover when this deceased gene has been put back into use. "

LIF6, the authors of the study suggest, was "resuscitated sometime before there were requirements to maintain a larger body". It helped the growth of animals the size of a 10-pound marmot in majestic creatures weighing more than 15,000 pounds. It was "permissive for the origin of large bodies", the authors point out, "but it is not enough."

however, It is not clear how LIF6 induces apoptosis. This becomes "the focus of the studies that are being continued", the authors wrote.