He spent 28 years with this object embedded in the eyelid

For months, the woman reported discomfort in the eye, and when she eventually went to operate, they found a contact lens embedded in her eyelid.

Many people are very curious and even worry about everything that has to do with the eye pressure. Maybe it is because they are very delicate structures or because we would not know what we would have to do without them.

So you may be surprised by the following story about a British woman with a very special object embedded in the middle of her eyelid.

The 42-year-old woman complained for six months about having an eye swollen and hanging a bit. He eventually decided to go to one of the NHS Tayside hospitals in the city of Dundee in Scotland.

In the ophthalmology department, doctors took an MRI scan. Once finished, they realized that a cyst of about 6 millimeters was present in the upper eyelid. That is why they ordered the operation to remove it as soon as possible.

What did they think?

During the operation, the doctors broke the cyst and discovered that there was a contact lens in it. They immediately removed it and reported that there was no damage to the surrounding tissues, which was a relief.

After the intervention, the woman said she did not explain how that object had arrived there. According to his testimony, he had not used contact lenses for decades.

For all attendees, the issue was a mystery until the patient's mother remembered an episode that happened a long time ago, says Informe21.

According to the story of the mother, everything happened one day when the patient was 14 years old.

She played badminton when a shuttle (the projectile of the sport) hit her in the face. At that moment he used a contact lens when the object hit his left eye.

Since then, the contact lens has been embedded in the eyelid for 28 years. When the accident occurred, everyone believed that the lens had fallen out of sight, but they never found it. Apart from the temporary swelling of the blow, the family noticed nothing strange.

The woman lives all the time with the lens in her head without realizing it. The doctors took the opportunity to emphasize the need for an ophthalmological examination in case they suffer from trauma to the eye. 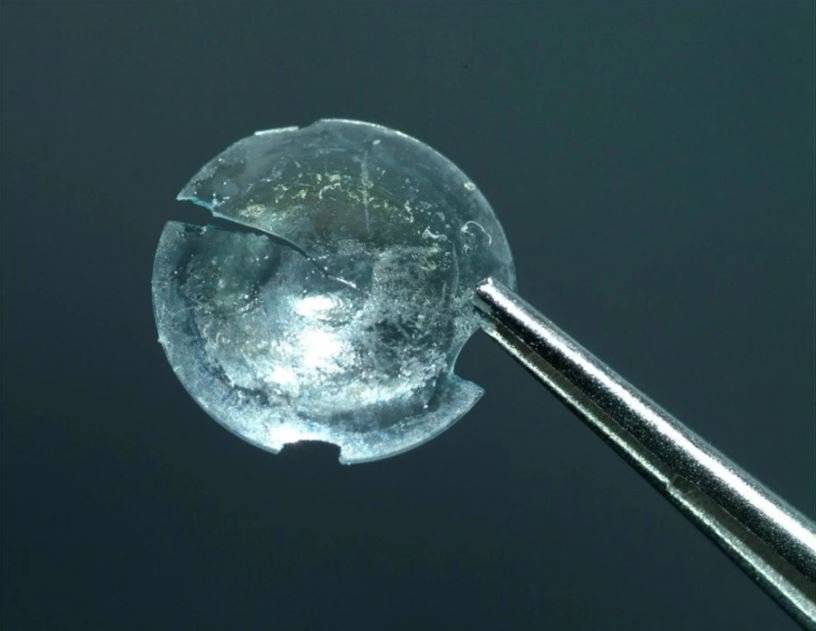