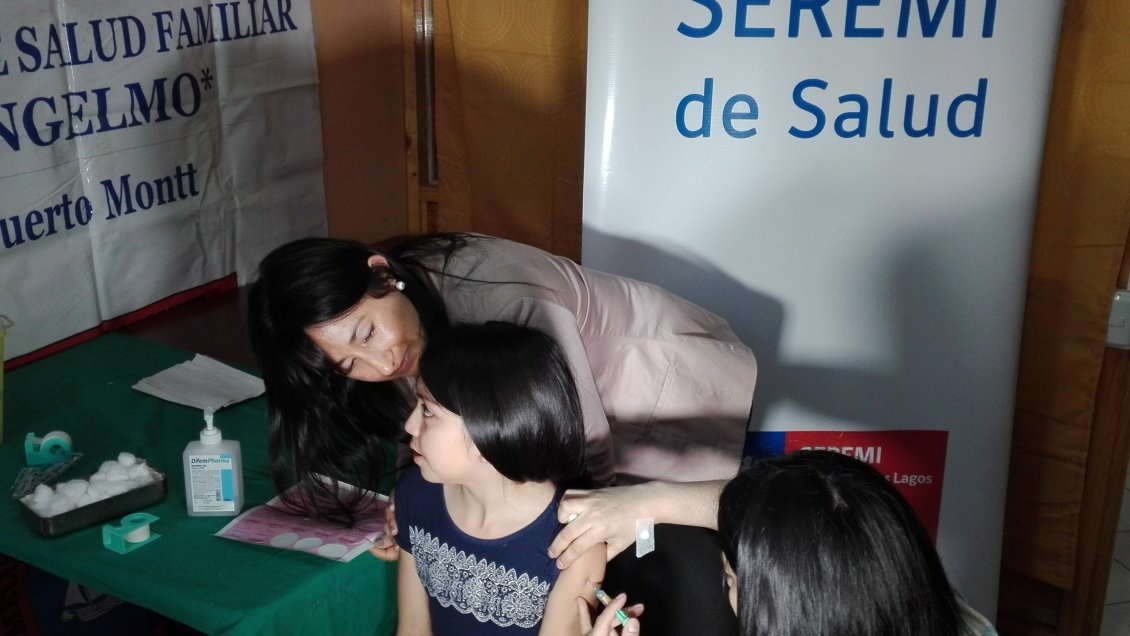 At the Syrian Arab school in Puerto Montt, in the Los Lagos region, the official launch has been made to the school vaccination campaign for the province of Llanquihue, with emphasis on the immunization of girls from the fourth and fifth class against the Human papillomavirus (HPV)

In total 37,314 students will be who receives these vaccines at regional level, but in the case of HPV it corresponds to 6.343 of the fourth quarter (first dose) and another 6,352 fifth year (second dose)

Since 2014, this group of students has been included in this plan for public health, because studies show that HPV is one of the main causes of cervical cancer in women, because the virus is transmitted through sexual contact.

Scarlet Moltt, seremi health, noted that "The association of cervical cancer with the Human Papilloma Virus has been proven and therefore it is important that girls between 10 and 9 years of age are vaccinated. "

Of the 12,695 girls who will be vaccinated in the Los Lagos region, against the Human Papilloma Virus, 3928 correspond to the Harbor commune Montt and in the case of Chiloé province the beneficiary population 2717 girls of primary education.