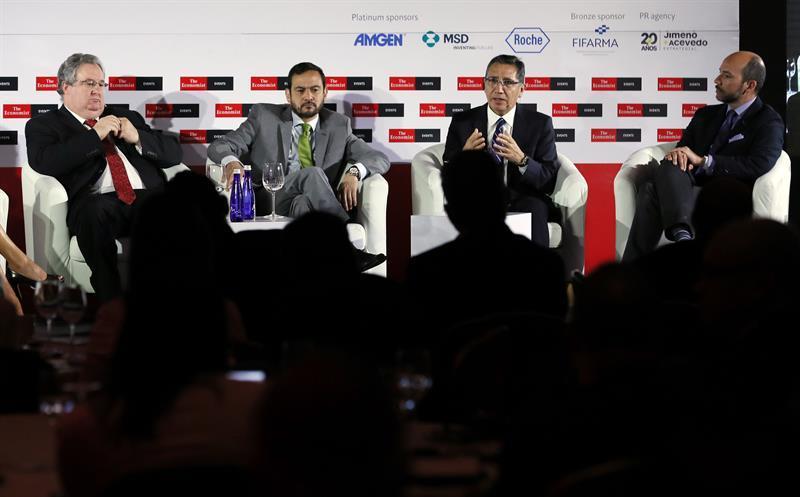 Experts and authorities from all Latin American countries today called for the will and political leadership to fund the fight against cancer in the region during the War on Cancer forum, bringing together the largest specialists in the region. disease.

"Financing policies that mitigate the effects or combat cancer become an element that becomes a brake or an engine for development," Pablo Ferreri, Uruguay's Deputy Minister of Economy and Finance told Efe at the opening of the meeting today. .

Ferreri stressed that priority should be given to the investment of health resources, because cancer is the second leading cause of death in Latin America and it is expected that in 2030 cases will double and the mortality rate will be doubled.

"Good health care is a human right and this must be above money," said Uruguay's deputy minister.

Uruguay, a country with just over 3.4 million inhabitants, is an example in the region for the policy to promote cancer and non-communicable diseases.

The two governments of President Tabaré Vázquez (2005-2010) and (2015-2020), a professional oncologist, have reached the right political environment for health expenditure of 9.2% of GDP, compared with 7.7% that the OECD countries invest.

The tool that some governments of the region have to make decisions and make an efficient allocation of resources are the national cancer plans.

"This is not just a matter of money, but rather a correct allocation of available resources within a strategic plan, within which the national cancer plan is", said Eduardo Cazap, founder of the Society of Oncological Medicine, to Efe. Latin America and the Caribbean.

Cazap said that for the fight against cancer "government policy" is required that has the "deployment of all government sectors".

He also stressed the need to ensure the continuity of these plans so that the growing problem of cancer in the region can be addressed.

In the case of Colombia, all indicators indicate that the national cancer plan implemented in the South American country is on the right track and a paradigm for the rest of the Latin American countries.

"What we did was build a model that was participative, where all agencies, social sectors, civil society and non-governmental organizations are," Carolina Wiesner, director of the National Cancer Institute of Colombia, told Efe.

The model and continuity are the cornerstone on which Colombia has based the progress it has made in securing patients' rights.

"(We generate) a plan that covers the whole aspect of the disease, from exposure to risk factors, early detection, extensive treatment and of course palliative care," Wiesner said.

Cazap says that although you do not have access to all resources, minimum standards must be met.

"We can not all have a Mercedes Benz, but we can have a small car," in which "good education, good prevention according to resources and a good surgical procedure must be suitable," he explained.

For Ferreri health systems must contain what he called "the three e & # 39; s".

"The system must be effective, that is, to come with the medical treatments, the equipment, the medicines to the place and the moment it is necessary to do it"; It must also be "efficient to use resources", and fair, he said.

Latin America, Ferreri concluded, is the most unequal continent in the world. That is why it is urgent to generate health policies and efforts that share prosperity & # 39; to make.