They estimate more than 7,000 new cases of HIV infection in 2018 in the country nationally 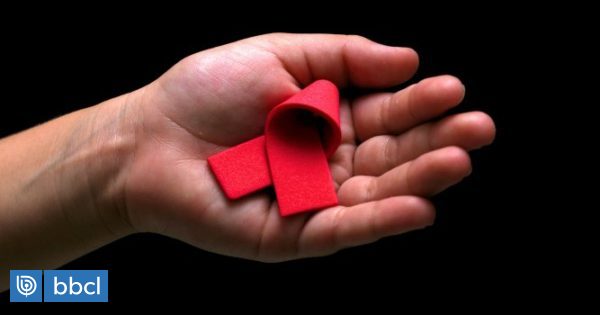 Chile could have between 7,000 and 8,000 new cases of HIV infection AIDS in 2018, according to estimates by the Clinical Hospital of the University of Chile.

The figures show a worrying increase, while global indicators are declining. The Ministry of Health has announced that Rapid tests for virus detection will take place in mid-September in all offices of the country.

Worrying figures, also seen that the global trend is down, not in Chile, where last year there were 5 thousand 816 new cases, with which the 5 thousand 500 reported in Argentina were exceeded, of which the population is 3 times higher.

The immunologist and director of the HIV center of the Clinical Hospital of the University of Chile, Alejandro Afani, in conversation with Expreso Bío Bío, said that the entity made 3 thousand 102 tests in 6 months, 40 of which were positive, which represents a prevalence of 1.29%, which makes the estimates for the country triple.

The Health Secretary, Paula Daza, indicated that the new national plan for HIV / AIDS will include rapid tests of detection of the virus in the coming weeks and will be available in all national offices.

These rapid tests were recommended by the World Health Organization in 2015 and are already being implemented free of charge in various parts of the country by non-governmental organizations.

One of them is AHF, whose coordinator in Chile, Leonardo Arenas, indicated that the contamination rates will increase, but we need to act quickly so that they start to take off in the coming years.

The representatives of the Health Committee, Karol Cariola of the Communist Party and Claudia Mix of the Poder party, urged the authorities to accelerate the implementation of the National HIV / AIDS Plan.

Between 2010 and 2016, infections in Chile increased by 34% and this is currently being estimated at least 25 thousand people are carriers of the virus and do not know it.