What to do with cyanide poisoning? life 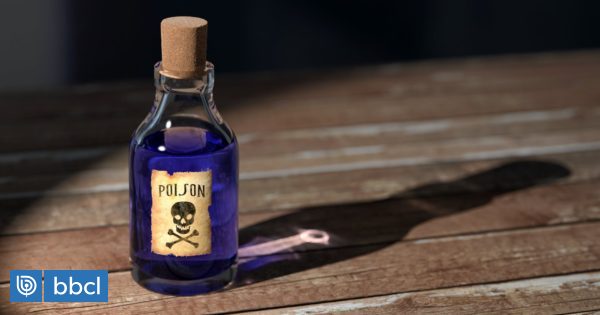 Since last year there have been cases of poisoning with this chemical and as a result of these emergencies it was necessary to isolate emergency services, such as what happened recently with a couple arriving at the Hospital de la Florida after taking cyanide tablets.

The pharmaceutical chemist and doctor in the toxicology of the U. San Sebastián, Pamela Cámpora, pointed out "Acute ingestion or inhalation of cyanide causes immediate unconsciousness, seizures and death in a period that may vary from 1 to 15 minutes, and its intake also causes congestion and corrosion of the gastric mucosa"said the academic.

Cámpora explained that "The soluble salts of cyanide, as well as the hydrogen cyanide, are very fast acting toxic and their mechanism of toxicity blocks the respiratory chain that determines tissue hypoxia and lactic acidosis."

In other words, "acute cyanide poisoning interferes with the use of oxygen by the cells and therefore causes a reduction in the supply of oxygen to the tissues."

He also pointed out that "when it comes to acute poisoning, a clear increase in breathing begins with subsequent apnea, compromise of consciousness and lowering of blood pressure, then tremors and convulsions are generated, and in the cardiorespiratory phase the blood pressure is decreasing. cyanosis occurs and death. "

In the case of a person stunned with cyanide, Campora said that the staff that is present "Must protect their areas and skin to avoid contact with cyanide vapors left in the environment or expel the body from the drunken air". Moreover, we must isolate the place where this has happened. "

The academic added that the patient must be moved to a non-contaminated atmosphere, ie withdrawing from the source of exposure and maintaining and continuing his vital functions with the poisoning management protocol to prevent complete cyanide absorption and is viable and, depending on the time, administer the antidote available for this compound.