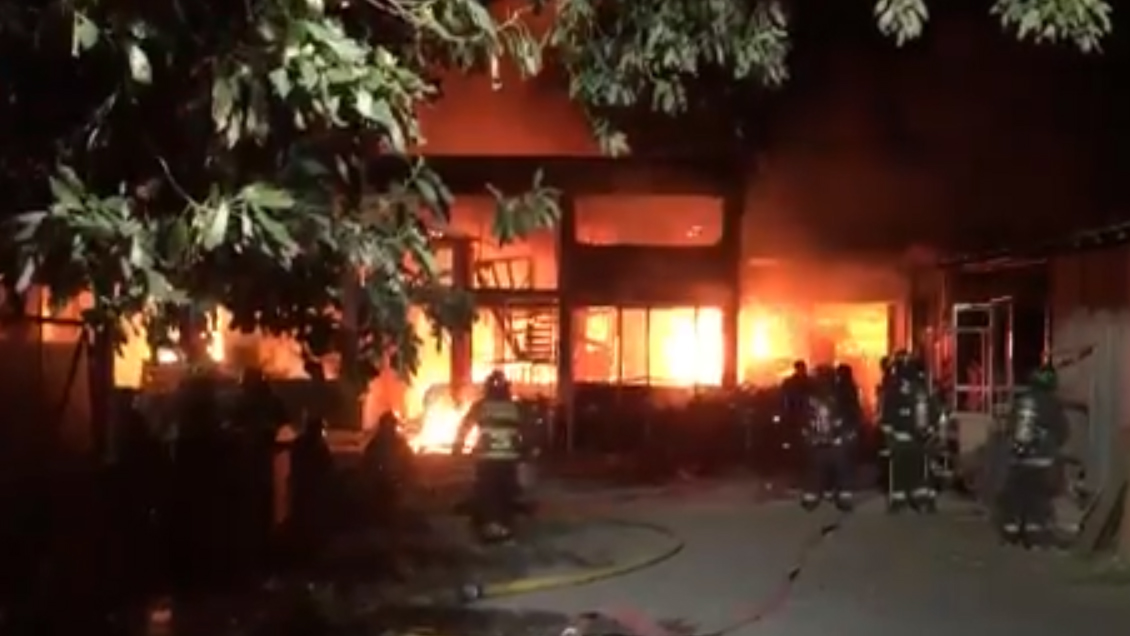 A fire consumes in its entirety a furniture factory in the municipality of La Pintana, originated for reasons that are being investigated, during the early morning of this Tuesday.

The emergency took place at the intersection of Street the park with El Manzano, in a place where they mainly worked with combustible material.

More than 100 volunteers from the Santiago Fire Department and the Southern Metropolitan Fire Department They worked to fight the flames and to prevent them from spreading to houses in the neighborhood.

"We work, the fire is demarcated, the removal work has been difficult because the factory has some flammable liquids, some containers like acetylene, which we analyze", as well as gas bottles and thinners in bulk, reported the Commander of firefighters Mauricio Herrera.

"The situation is being monitored"but not completely extinguished.

"Explosions occurred a few minutes ago as a result of paint containers", said the commander.

Due to the low number of cranes, the support of truck trucks was requested.

There are no reported casualties or firefighters.

The owner of the furniture shop reported that during the afternoon of Monday some welding was done and that presumably part of the machines was connected. About 50 employees have lost their jobs as employers.