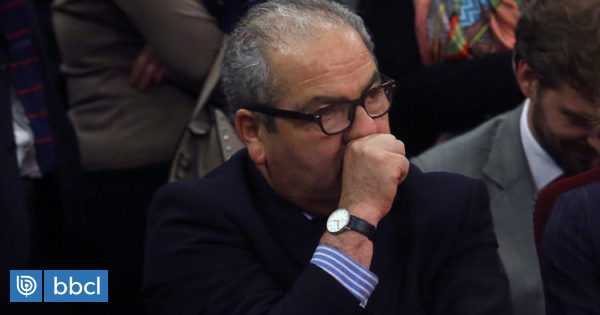 the Medical College passed on to the Ethics Court the Undersecretary of Healthcare Networks Luis Castillo and asked for his resignation, because of the alleged concealment of the autopsy of the former president Eduardo Frei Montalva.

As a result of complete lack of control, the Medical Association described the current situation of the Ministry of Health, insuring that it requires a "major operation".

This is due to the constant mistakes they accuse, which the owner has made Emilio Santelices and the public interrogation in which the recently appointed state secretary of support networks, Luis Castillo, is based.

This Wednesday, the family of the late president Eduardo Frei Montalva met the entity to provide him with information that would implicate him with the alleged concealment of the ex-president's autopsy, so in the General Council held this Friday, his case was decided to submit to the Ethics Tribunal.

This was stated by the president of the organization, Izkia Siches, who also asked for the dismissal from Luis Castillo assure that "we have reached a stalemate in the Health portfolio".

The President of Christian Democracy, Fuad Chahín, He supported the decision of the Medical Association and indicated that Castillo is becoming a stone for the management of the government in the field of health, because it is not a valid discussion partner for the opposition, nor for the trade unions.

The deputy of the National Renewal, Andrés Celis, who is a member of the Health Committee of the Chamber, sharply criticized the vetorous of Luis Castillo of some of his peers and the one who is actually motivated by the Senate.

The government has meanwhile repeated that the continuity of the secretary is not at issue, because there are no criminal charges against him.