Minimum wage: parliamentarians of the opposition choose to reject the government's proposal nationally 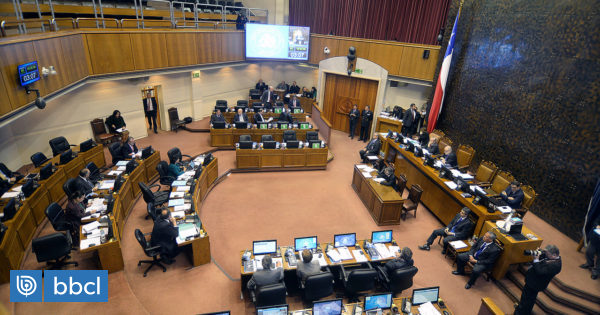 Opposition MPs from the Senate Finance Commission have announced that they are rejects the proposal to adjust the minimum wage, which entails the risk that the project will be sent by Congress this week and will leave the employees who receive this salary without modification.

This committee approved Monday the idea of ​​regulating the project that adjusts the amount of the minimum monthly income, as well as of the mother and child allowance, and of the family subsidy, but with the uncertainty surrounding the office installed during this week of the initiative.

The multiannual character, which proposes to re – discuss an adjustment of the minimum wage in 2020, threatens the focus of conflict given the opposition's questions, including Senator Jorge Pizarro, who has announced that they are not available to support the proposal approved by the Chamber of Deputies.

Faced with the threat of rejection, Minister Felipe Larraín of Finance has corrected the increase to $ 300 thousand of the minimum wage on 1 March 2019 for the proposed adjustment including the multiannual character, which explains why both the figure and the multiannual are part of the same article.

The president of the Centrale Unitaria de Trabajadores, Bárbara Figueroa, said that the CUT does not make it difficult to postpone the project's office until September, if that means improving an initiative that has rejected the multi- union.

The Financial Committee decided to meet on Tuesday this morning to negotiate behind closed doors with the government, to vote in the afternoon on the project that would have to be reviewed by the Senate Chamber the following Wednesday.