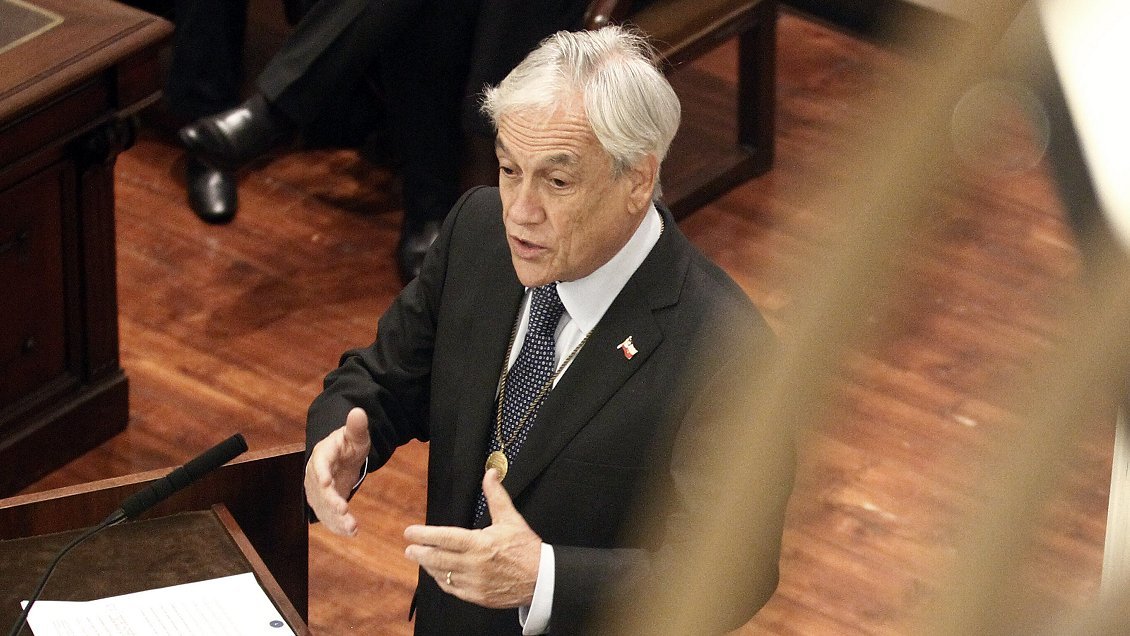 the President Sebastián Piñera had a bumpy visit to the Central House of the University of Chilewhere it was "established" by a group of students.

The situation occurred during the ceremony in which Ennio Vivaldi started a new period as rector of the house of studies, appointment in which Former president Michelle Bachelet also participated.

Piñera began his speech when a student, dressed in a wig and a clown's nose, interrupted him to express his dissatisfaction with the position of the government at the Young Labor Statute, which is mentioned "McDonald & # 39; s Law". The president tried several times to silence the student: "I knew we had a surprise … Thank you very much, we listened carefully".

However, the head of state was invited to a cocktail party in the house of studies, he retired quickly because a group of students were waiting outside the classroom where the activity was carried out, and they manifested when he went to his vehicle. The situation took place during the ceremony in which Ennio Vivaldi started a new period as rector of the University of Chile. (Photo: ATON)

In the activity also participated in the former president Michelle Bachelet, who did not want to issue a statement. Piñera alluded to her twice in her speech, as "President with a mandate fulfilled."

Also as a manifestation against the Young Labor Charter, in the Labor Directorate, meanwhile, a group of students He hung a cloth on which the Minister of Labor, Nicolás Monckeberg, disguised as a clown appears.

"Prepare for McPrecare City", the canvas says with a photograph of the Minister of Labor, disguised as a payado and hung by students and workers from the Labor Directorate. Manifestation against #Joven status @Cooperativa pic.twitter.com/XSqXt7XMgA