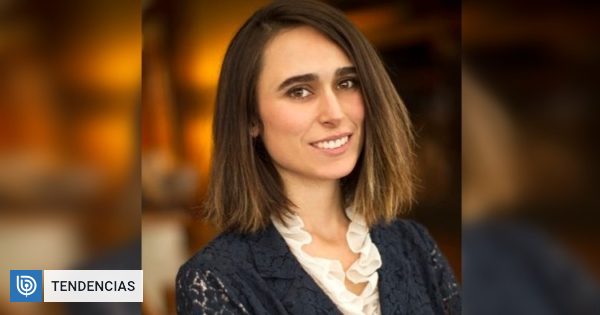 Grouped under the self-proclaimed movement "With Culture No!", more than 700 people related to the world of culture and art, signed a public declaration demanding the immediate resignation of the chief of staff of the regional ministerial secretariat of culture of the Los Lagos region, Isidora Hiriart (Evópoli), niece-granddaughter of Augusto Pinochet.

The reason is explained in statements made by the civil servant on the day of her Facebook account September 11 of 2014, when he shared a video of his uncle-grandfather with the following message: "I can not be more proud to be your niece's granddaughter, what wisdom, a visionary the Tata".

In the video, in which Pinochet is offered a public speech, the former dictator says: "This has never been a dictatorship, gentlemen, it is a soft dictatorship, but if necessary we will have to press because we have to save the country first and then we will look back".

"We organize with artists and employees the culture of the area to take measures in this respect, we are grouping because this is not possible"He has responded to BioBioChile Gabriela Recabarren, spokesman for the movement With the Culture No !.

In the declaration, signed by artists and culture managers, as well as delegates from the Committee on Culture of the Chamber (Florcita Motuda, Carolina Marzán, Marisela Santibañez, Alejandro Bernales and Amaro Labra), the arguments for demanding the immediate resignation of Hiriart are specified.

"The violations of human rights in our country are unjustifiable, unavailable and culpable from any point of view, so even with the passing of time is considered an act of violence against the behavior of the victims, attitudes and statements that deny what has happened "They say.

"The world of culture in the region, represented by all signatories, rejects all of the above-described acts of violence of nature and in particular if they represent the way of thinking of officials belonging to the Ministry of Culture, Arts and Heritage, an institution that is busy forming, "the text adds.

"The violent statements of the official Isidora Hiriart, in which the figure of the dictator Augusto Pinochet is praised (…) are sufficient reasons to request his immediate resignation and apologies to everyone who is responsible for this unbearable description. convinced that this is a request for a transversal consensus, even reinforced by the current President Sebastián Piñera in his speech on 11 September, "continues the letter.

For the group it is not justifiable to support the apology to the Pinochet regime. "On the contrary, any provocation or incitement to hatred and the reproduction of violence must be punished for the correct transfer of our culture, for the respect of reason and morality", they claim.

Today, Thursday, September 13, the group reported that "a select group of artists and managers from the Los Lagos region" was called at six o'clock in the afternoon for a meeting with Amanda Milosevich, Seremi of cultures, art and heritage in the area, where the situation of Isidora Hiriart will be addressed.

From the Ministry of Cultures, Arts and Heritage informed that, so far, they will not refer to the fact.