They buried the funeral of Nibaldo Villegas in the parish of Limache: assistants demanded justice national 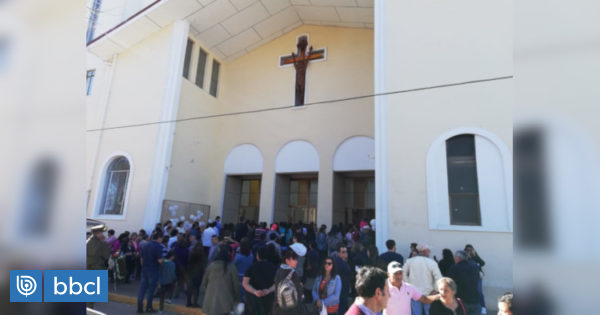 In the offices of the Parish of Las 40 Horas, in Limache, region Valparaíso, the funeral reaction of the teacher was performed Nibaldo Villegas, who died allegedly dismembered by his ex-partner Johanna Hernandez.

The place was attended by about 1,000 people who demanded justice and expressed their support to both the family and friends and the teacher.

The body was characterized by the great support for the family shown by the people, who called the deceased professor between the banners, white balloons, flowers, chants and photos.

Your brother, Leandro VillegasHe said that as family members they hope that Nibaldo will be remembered as the man and professional he was and that they are part of the legal process that will determine the details of this investigation.

As family members they hope that the perpetrators of this crime will receive the maximum punishment; that is, life imprisonment.

After this reaction, cars, caravans and people were mobilized to the Parish Cemetery of Limache to fire Villegas for the last time.

In that place, Bernardo Canales, nephew of Nibaldo Villegas, thanked the hundreds of people who came to fire the professor.

Moreover, he said that in the light of possible intimidation that the perpetrators of this crime may suffer, in a prison, it would be because "they were looking for him".

The event was framed by the screaming of justice from the assistants, who called their critics to the ex-wife of Nibaldo and her partner who both asked for life jail.

The lawyer of the family, Patricio Olivares, said that the highest penalties could be achieved, although the limitation of "irreparable past behavior" in defense could be considered, that is, the reduction of punishment if this is not the case . there are aggravating circumstances

He confirmed, however, that the sentence will be effectively served in prison and not in freedom as the defense had indicated.

The perpetrators of this crime are in preventive detention, for parents and qualified murders, as long as the 120 days of investigation that determine the full details of this case continue.