Tributes: the questions that Larraín will have to answer in Congress 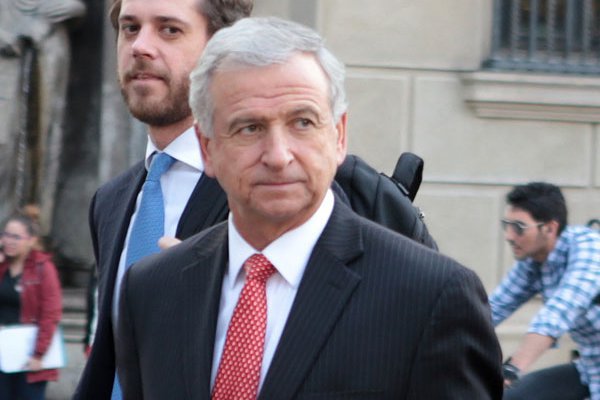 End of uncertainty. Yesterday, the President of the Republic, Sebastián Piñera, presented yesterday by the national chain the axes of the tax modernization project, which will simplify the system, maintain the tax burden, create new taxes and adjust the general anti-circumvention standard. to be . Beyond the details that the president announced, there are several questions that remain open and that the discussion will take place in Congress. The compensation mechanisms to recover the tax revenues lost through integration, the design of the so-called taxpayer lawyer, the impact of digital taxes, the benefits that the special scheme for SMEs will entail, and how weakened the anti-circumvention rule could be. are, the most important questions that the Minister of Finance, Felipe Larraín, must answer to parliamentarians, in what is expected, will be an intense debate in Valparaiso.

How is the integration of the system compensated?

One of the most important announcements of the president is that the corporate tax will be 100% integrated with the staff in the semi-integrated regime, a measure that promises an intense debate with the opposition. The parties of the former new majority are of the opinion that this implies a reduction of the taxes for the partners of the companies. Another issue that needs to be challenged is added to this: the benefit of accelerated or immediate depreciation for all companies, which will also reduce government revenues.
Former Finance Minister Alejandro Micco estimates the effect of integration at about US $ 600 million, while former Internal Revenue Service (SII) director Michel Jorratt points to an impact of US $ 1 billion.
The government has promised that this will be compensated in the project, but the question that surrounds the discussion is what specific mechanisms will encompass, how much revenue will reduce total integration and whether the tax burden that will increase will fall on the same taxpayers.

What is the impact of digital taxes?

Perhaps the big novelty of the project is that new taxes will be created for the so-called "digital economy", which will apply to platforms that offer services from abroad in Chile, such as Netflix, Spotify and Airbnb. In addition, the tax situation of applications such as Uber will be regularized and customs controls will be strengthened for the import of products purchased from retailers such as AliExpress and Amazon. "We are going to equate the tax burden between companies that sell goods and services in a conventional manner and companies that do it digitally," Piñera said last night.
The debate in Congress will focus on the impact on customers of the new regulations for the platforms, mainly with regard to the prices charged for these applications. Companies such as Uber and Netflix have implemented intense lobbying at both parliamentary and governmental levels to internalize the new digital taxes. Nearby sources note that the deployment in Congress will increase once the text in the room starts to be discussed.

How autonomous will the taxpayer's lawyer be?

Piñera announced that the project will create the figure of the Taxpayer lawyer, an organization that watches over the rights of people in disputes and lawsuits against the tax authorities (SII), the Treasury and the tax and customs courts.
The degree of autonomy of the new institution will be one of the highlights of the discussion, just as it was during the discussion of the new Autonomous Fiscal Council (CFA). Experts suggest that it depends on study centers, universities or even the Ministry of Justice.
Another topic of discussion is the role of the SII in relation to the new institution, because Piñera was quite critical of the office on Sunday and noted that it was acting with "arbitrariness" against the smaller taxpayers.
Yesterday, the Association of Officials (Afiich) issued a harsh public statement describing the president's criticism as "unacceptable": "These statements, which are typical of some business people and advisers to large holding companies, do not only damage the image of our service, but also denigrates employees and exposes them to public interrogations, "they said.

How favorable will the scheme be for SMEs?

Small and medium-sized enterprises (SMEs) have used an intense lobby, so that the project includes special measures that reduce the sector.
The integration of the tax system will go hand in hand with a strengthening of the scheme for SMEs, which asked the Treasury to increase from 50,000 UF to 100,000 UF the annual sales needed to meet the 14th regime. enter, which takes into consideration exemption from the first tax category and carry a simplified accounting mechanism. One of the discussion points in the conference will be to what extent the new facilities for SMEs will not open the door to evasion or avoidance, as large taxpayers might find mechanisms or legal gaps to enter this system. This, in addition to the fact that Piñera has announced that SMEs will support lower taxes.
Another point that the discussion promises is what will happen to the supposed income scheme for small taxpayers in transport, mining and agriculture. For years it was asked to eliminate it because it is considered a focus of potential tax avoidance.

Will the general anti-avoidance rule be weakened?

One of the "legacies" of the tax reform adopted by the previous government is the general rule against tax avoidance.
The regulation – which began on 1 October 2015 – states in particular that the tax authorities (SII) will be able to redefine acts or tax plans whose sole purpose – in his view – is to reduce the tax or tax obligations. to prevent. Yes, the principles of autonomy of the will and economy of option are respected, so that the person or company defines the best way to pay their taxes.
To date, the SII has not yet reported a case to the tax and customs courts, but the experts are of the opinion that this has had a deterrent effect on the actions of companies and private individuals.
The government will propose a simplification of the rule, to ensure legal certainty for taxpayers and to effectively apply the clause.
The drafting of the new standard will be crucial, as the opposition has informed the Treasury that it will not be available to weaken the anti-circumvention rule, because it sees it as an essential element in the reduction that since 2014 has shown the evasion. has expectations that indicate that the changes will be "limited".