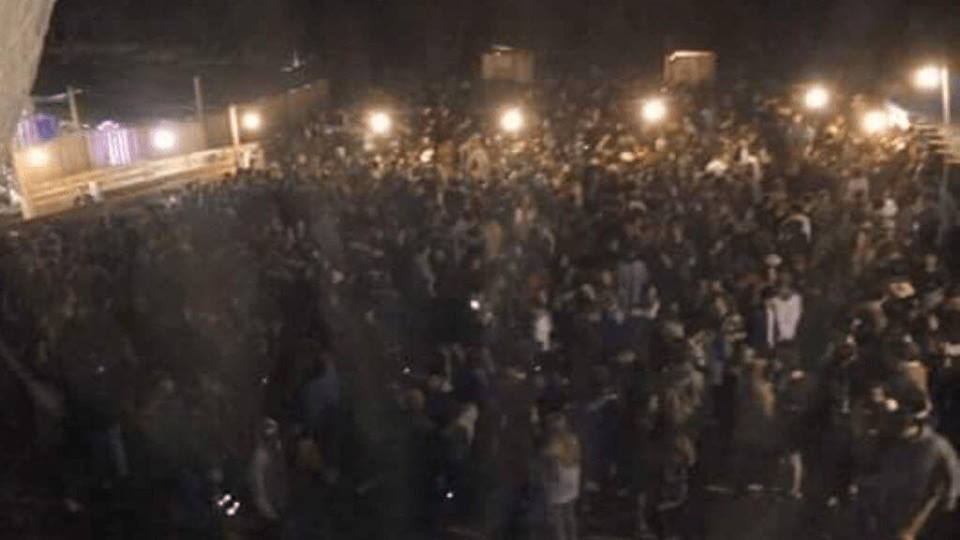 At least eight people were injured, one of them was in danger, after an avalanche took place on Sunday evening in the ramada "La Bombonera" in the municipality of Pichilemu, in the O & # 39; Higgins region.

The incidents took place after a crowd of young people tried to enter the ramada when there was a large number of attendees while ticket sales and public access were slow, which increased the annoyance.

Eight casualties left a human avalanche in the inn La Bombonera de Pichilemu. One of those involved runs a vital risk in the Hospital de Santa Cruz. Congregation expects report from Carabineros and firefighters to determine the course to be followed with the ramada @Cooperativa pic.twitter.com/SDCw9UHtIg

The mayor of Pichilemu, Roberto Cordova, said it is "a very regrettable fact. In terms of the continuity of the operation, we are waiting for the Carabineros report and firefighters to make a decision with our officials ".

"We understand that as a municipality we must deliver or deny the permits of Ramadas, so we will see if it will continue to work in the coming days," said the authority.

Ítalo Roco, Commissioner of Pichilemu, noted that:Carabineros was in the ramada, in addition, security agents were accredited, with the correct functioning and complied with all established standards. Therefore, it will be investigated what has happened to determine the future operation of this space. "

Authorities and officials meet in the municipality of Pichilemu to determine whether the operation of the popular ramada is refused, which will receive an answer later in the afternoon.