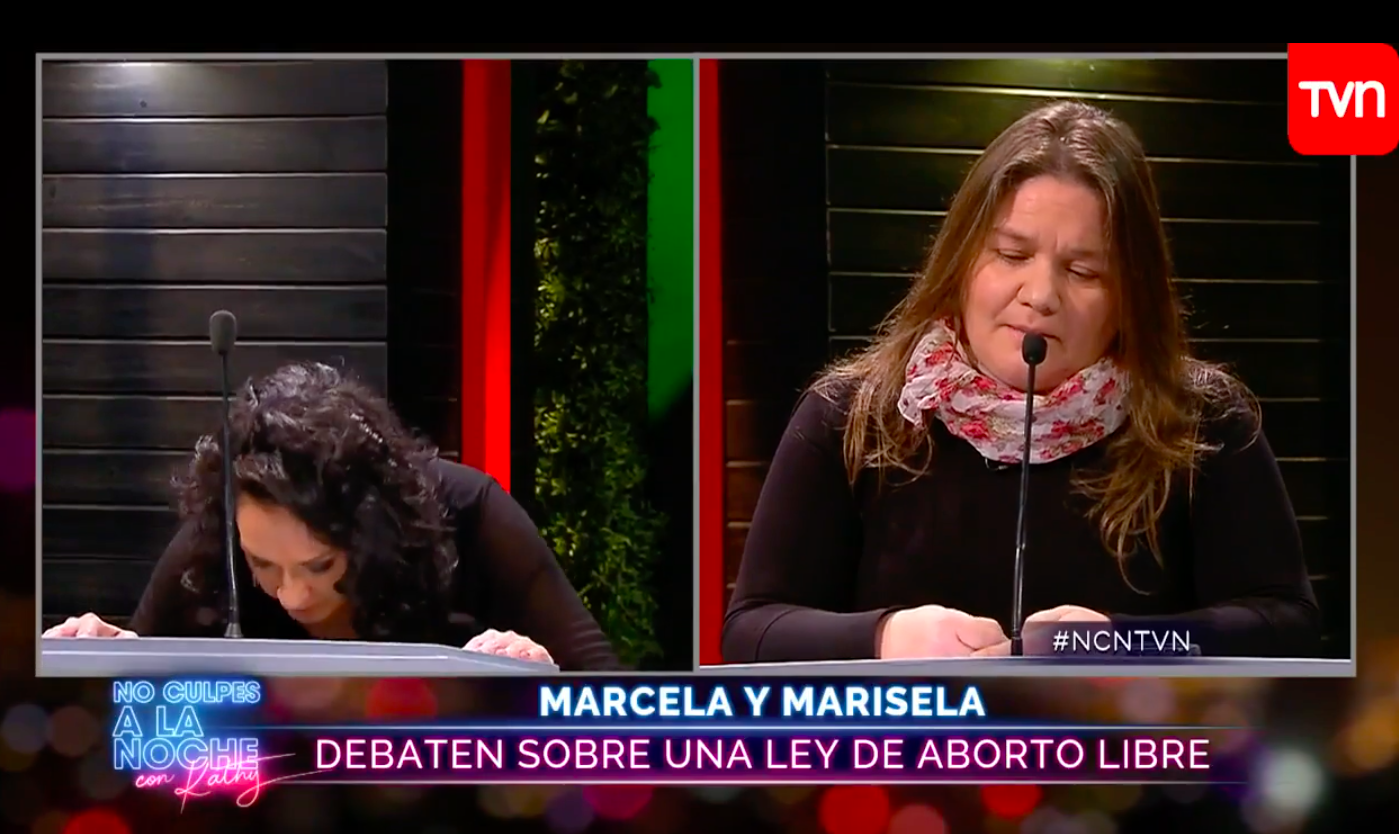 In TVN's No Culpes a la Noche program the deputy Marisela Santibáñez with Marcela Aranda discussed various issues such as the Law on gender identity, the egalitarian marriage and the abortion.

It was in this last topic where the deputy and the director of the Christian Legislative Observatory had an intense exchange of positions.

Who left was the former spokeswoman for the Bus of the Freedom, who was assured that "I have the position of abortion zero because in Chile before the discussion of abortion in three grounds, the life of the mother was covered by the health care the figures they are super manipulated ", exclaims the indignation of the pro-parliamentarian.

Then he said: "I do not agree with abortion in three grounds, but abortion in three, less with free abortion. What is actually arranged here is whether a person has the right to to take the life of another person whether the circumstances are serious or not, was the discussion. Today it is proposed what the abortion is of a child of more than five months that is to say a child of 22 weeks old, a viable child that can survive and is given up for adoption. "

it was Santibáñez's turn, he wanted to make clear to Aranda that" you have all the characteristics to be a lobbyist, but I will say one thing very clearly: abortion in three causes … ", interrupted by the woman who asked him to study the Law of Lobby.

"Abortion in three causes is a health issue, nothing more, I make laws for 14 municipalities, including San Bernardo, where the El Pino hospital, the parish, arrives in little girls with everything to disband . if you put "misotrol" on your computer, you will meet Bellavista or Salvador with 40 lucas and have the abortion pill, which they will use badly, it will come with a terrible bleeding and they will take it arrested. some doctor might make the decision, if a mother would reach the vital risk of an abortion because she could be detained, "Marisela said.

Then she added that " you are going to tell me that Chile is progressive, that Chile has been updated when we were the fifth country without legislation regarding therapeutic abortion . of Obstetricians are managed, are the numbers that are the reality of my country. "

" Cover the sun with a finger is selfish because girls who have no quality of life as to go to Miami to going on vacation to the Caribbean and returning without the guaguita they had in pregnancy is the same as the girl who arrives with something at Hospita El Pino. I am regulating the health of my country because the Abortion numbers will not change if there is a law or not What will prevent a safe abortion and public health in between ", 1965-19003]