Ideal for nostalgic: how to revive Windows 95 in Windows, macOS and Linux 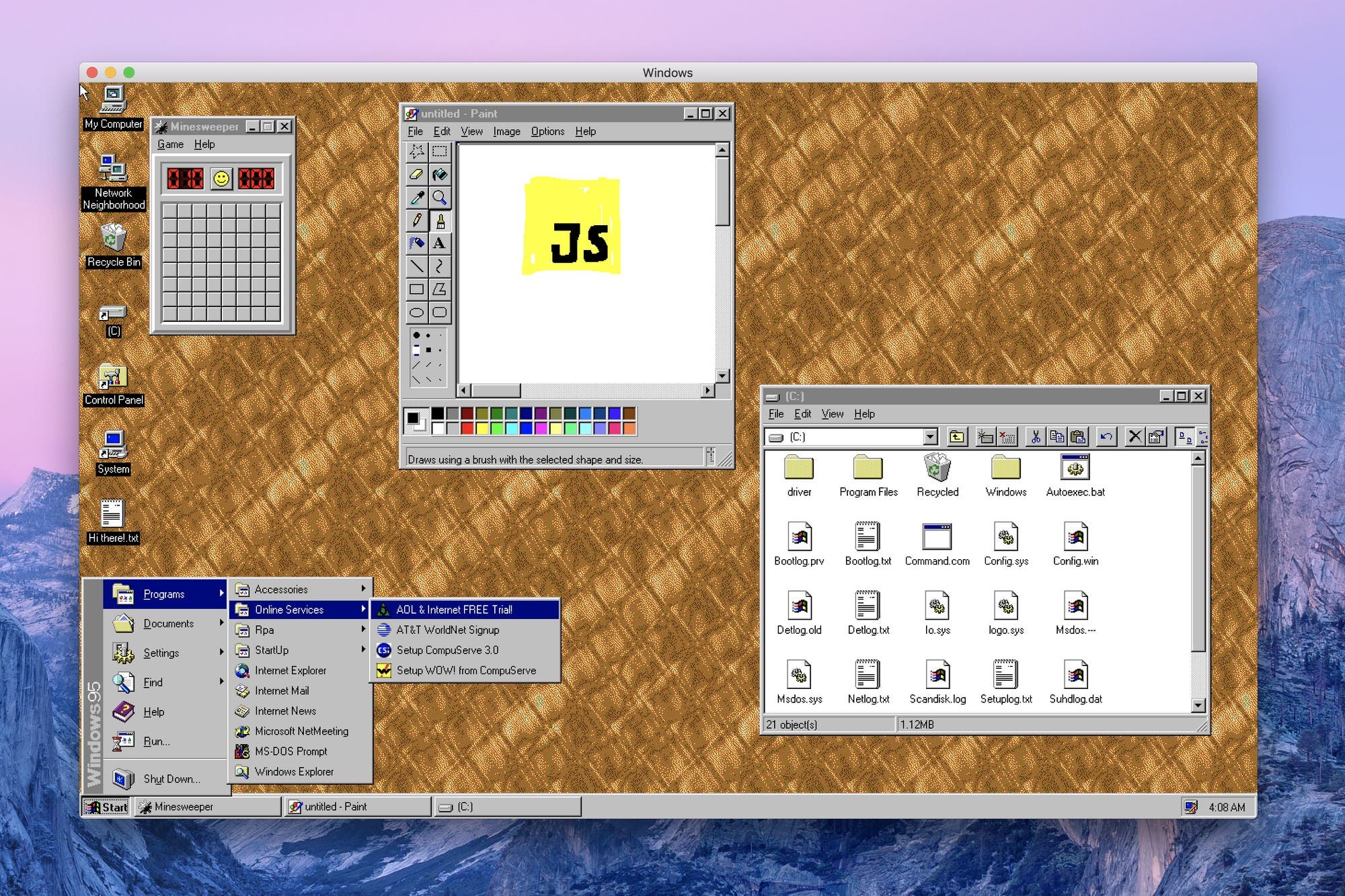 More than twenty years ago


microsoft
brought on the market
Windows 95, the first of its series with the distinctive start button, present in the later versions (
except in Windows 8) to
Windows 10. Still present in the memory of many of the users of that time, there were several initiatives that tried to keep the memory of the operating system for PCs new, some unusual, such as adjustment
in a Galaxy Gear Live smart watch.

In addition to these attempts, a programmer has made a modification of Windows 95 that can be installed in a


computer
with macOS, Linux and, of course, in the latest versions of


Windows
. "I put Windows 95 in an application and now it works in macOS, Windows and Linux, it's a terrible idea, but it works surprisingly well," said Felix Rieseberg, who works for Slack.

The program, available on your
software repository within the Github platform and with a size of 129 MB, makes it possible to relive the programs that were pre-installed in Windows 95, such as the Minesweeper, Wordpad of the word processor and the famous paint.

This nostalgic return of the legendary Microsoft operating system is not without flaws, but has a simple solution: just like in the past you can restart the program to relish Windows 95 again.