VIDEO | "It's a shame for the fan!" it was the softest that Barticciotto told Pizarro for the hegemony of Colo Colo in the Monumental 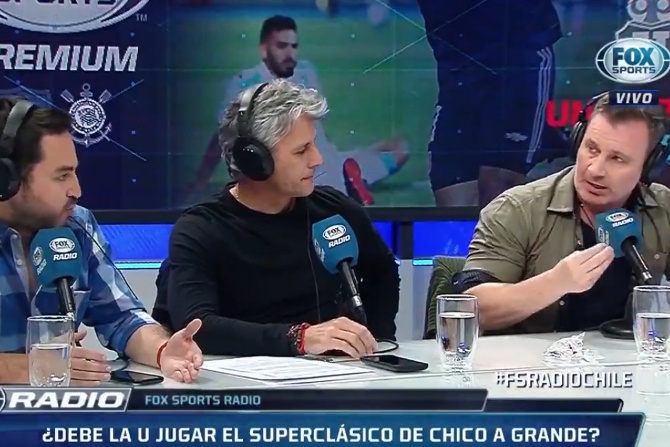 The Superclassic between Colo Colo and Universidad de Chile at the Estadio Monumental starts to be played in advance, where David Pizarro de Cacique had the pressure to win the game and appealed to his hegemony of 17 years as local.

Hereafter, Lucas Barrios also indicated that the spirit of the team was more in Copa Libertadores, that Marcelo Barticciotto did not like on FOX Radio Chile.

"Both have the pressure, it is a classic. Pizarro said it was from Colo Colo not to lose the hegemony, the record. Of course there are, not to lose, to keep the record, the technician will not want to be like the one who cuts the line, the players the same. But on the other hand, it is the same, they will want to break the hegemony, the team that broke the line. Moreover, when playing a classic, there is always pressure. After the classic, there is still football and the world does not end ", he said.

THE WEIGHT OF THE SUPERCLASSIC!#FSRadioChile @marcelobarti: "Both have the necessary pressure: Colo Colo wants to keep the record and not the players who break the line, and in the U you have the pressure to want to break this colocolina hegemony" pic.twitter.com/IygpPqxWYJ

The champion of America, however, did not like it at all that Gonzalo Quiroz repeated that Colo Colo had more pressure to win the game.

"The U is 17 years old who does not win, it's a shame for the fans! What do you think the pressure is on Colo Colo!" He snarled.

MORE PRESS FOR THE BLUES!#FSRadioChile @marcelobarti and the superclásico in the Monumental: "The U is 17 years old who does not win, it is a shame for the fans" pic.twitter.com/p33VUqouLF