Original title: 8: 1 氪 | Shenzhen, Guangzhou multi-sector talk about it, the total sales of Tongda in the first half of the year is less than 10 billion yuan than SF;

Shenzhen, Guangzhou, multi-sector talk about the company, the rectification is not in place will be the APP

According to People & # 39; s Daily, on August 27, Shenzhen Netcom Office, Shenzhen Public Security Bureau and Shenzhen Transportation Committee jointly interviewed the relevant person in charge of Shenzhen Branch of Didi Travel Technology Co., Ltd. and ordered the Didi platform before the end of September. Complete four extensive rectification work, otherwise measures such as joint penalties, cancellation of business licenses and app removal will be adopted. In addition, in the afternoon of August 27, the Guangdong Provincial Department of Transportation, the Guangzhou Municipal Transportation Commission, and the Guangzhou Municipal Public Security Bureau jointly interviewed the relevant person in charge of Drip Travel Technology Co., Ltd. Guangzhou Branch (hereinafter to be called Didi). The infusion was immediately rectified. 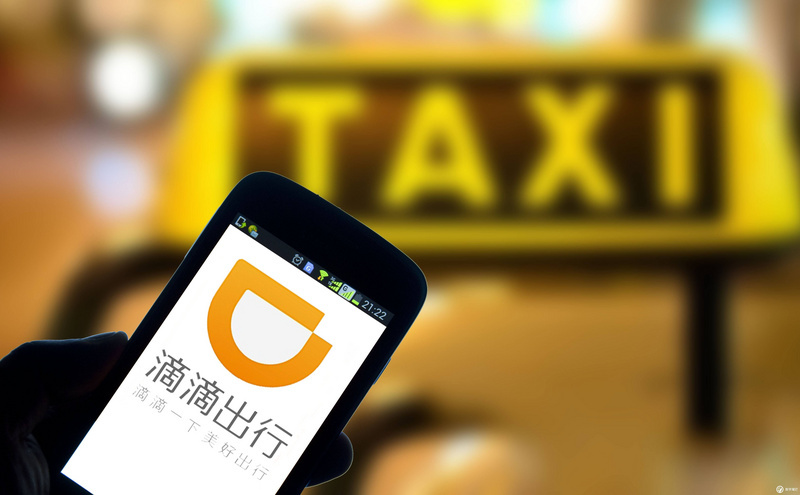 With the publication of the Yunda semi-annual report from 2018, the "department of Tongda" announced the semi-annual report. According to statistics, Yunda, Shentong, Yuantong and Zhongtong in the first half of 2018 sent a total of 11.4 billion copies of the express delivery, accounting for about 60% of the national courier market, the total turnover of the four listed companies is 32.335 billion yuan compared to SF Holdings this year. In the first half of the year, revenues of 42.503 billion yuan amounted to 10.15 billion yuan. (Tencent first line)

The travel APP shows that the rider can not be used the next day from 11 pm to 5 am. The company said it was not useful for interviews. At the moment I use the 嘀嗒 windmill business. After the selected route I can not place an order. The system displays safety tips. I can not use the driver between 11 pm and 5 pm. I recommend taking a taxi. # 39; I said it is not easy to accept the trip. interview. (New Beijing News)

B-station revenue in the second quarter of 76%, monthly growth of 30%

The German antitrust agency will take action against Facebook, Amazon or survey

The micro-medical spin-off was independently listed in AH, with a general valuation of $ 5.5 billion.

According to news from the media "unicorns know", Tencent's online medical treatment platform micro medicine determines that the spin-off will be listed separately in the AH shares. The total valuation is 5.5 billion US dollars and the shares in Hong Kong will be the IPO at the end of this year.

Mobile phone brands such as Xiaomi and Huawei have started opening stores in Indian cities and villages, which has created a survival crisis for Indian brands. According to the website of the Indian Economic Times, Xiaomi plans to open thousands of Xiaomi stores in rural areas of India. The Huawei executives also said that Huawei will set up 100 specialty stores in Indian cities, mainly mobile phones of the brand. According to Indian media reports, the decline in the share of Motorola's mobile phones in India also increased the number of stores in the near future. (Tencent Technology) 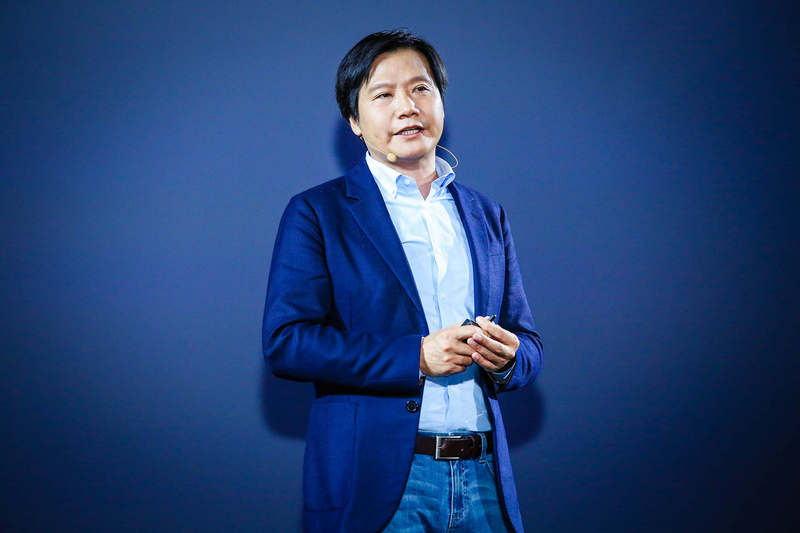 Jingdong Shangzhi opens the data for the sellers

LeTV Sports was requested by B-round investors to finance to buy back shares and LeTV refused to guarantee the warranty obligations.

LeTV.com has announced that the "Announcement on Arbitration Matters" mentions that the company recently received the "request for arbitration" and that the applicant was Deqing Kaiyi, one of LeTV Sports's new investors in 2016, in which the original shareholder was requested the repurchase of shares to be paid to the applicant. The amount is 128.5 million yuan. LeTV.com said that, according to the Company's current insights, the external guarantees mentioned in this arbitration did not comply with the procedures for investigation, approval, review and signing of the "Articles" of the listed company and relevant laws and regulations, and its legal validity was questionable. (Rising)

AMD shares rose 5.38% on Monday, to 25.26 US dollars, up from 13% in the session, up 27.3 US dollars, a record high of nearly 12 years. AMD announced Monday the launch of the professional Radeon Pro V340 graphics card, a dual-core design, a VDI (virtual desktop infrastructure) solution for data center visualization workloads such as CAD, design, graphic display, DaaS, etc. Provide support for performance and acceleration. (Glycopyrrolate sink)

According to the time of TechCrunch Beijing on August 28, Facebook corporate communications leader Rachel Whitstable is leaving the company as a Netflix public relations manager. About a year ago, Hui Sitong came to Facebook from the troubled Uber. In the coming months Whitstable will continue to work on Facebook to help the company with handing over. After the exit of Whitsto, Maroni will once again lead the worldwide communication team of Facebook. (Phoenix Technology)

Great Wall has announced that WEY will join the Apollo Open Autocertificate platform. In the future, Great Wall will gradually open the vehicle hardware system of the Great Wall vehicles and electric vehicles to Baidu, making it the first car manufacturer to open the traditional fuel hardware platform for developers. In addition, Great Wall Motor also announced the official delivery of the first batch of WEY VV6 as Baidu's test pilot R & D test vehicle. The models of the autopilot jointly operated by the two parties will also be available in Q4 in 2020. commercialized. (Phoenix Technology)

According to reports in the foreign media, the Finnish telecommunication equipment manufacturer has received Nokia 500 million (approximately 572 million US dollars) from the European Investment Bank (EIB) to speed up the speedier, broader coverage and more stable connection. The development of next generation 5G technology. (Netease technology)

Toyota Motor has confirmed that it will expand its partnership with Uber through a new investment and a plan to promote self-driving cars. As part of the agreement, Toyota will produce the Sienna SUV with Uber's autonomous driving technology, another company will operate the fleet and the pilot will start the Uber municipal network in 2021. (Bloomberg)

The same city express-brand flash D1 round of funding 60 million dollars, step into the rows of unicorns

The news that the 2018 version of the iPhone standby time is longer, the GUP performance has increased by 40%

The analysis report just released by Macworld Magazine examines what improvements can be made to the new flagship iPhone in 2018. The report is based on two facts: first, TSMC claims to use the 7-nanometer process to build Apple's A12 chip, and second, Apple's performance improvement in recent years. The report pointed out that a larger battery may be installed in the 2018 large iPhone, that the multi-core performance is expected to increase by 25-30%, the Geekbench 4 score at 13,000, the performance improvement of GPU possibly higher , 40%. (Tencent Technology) 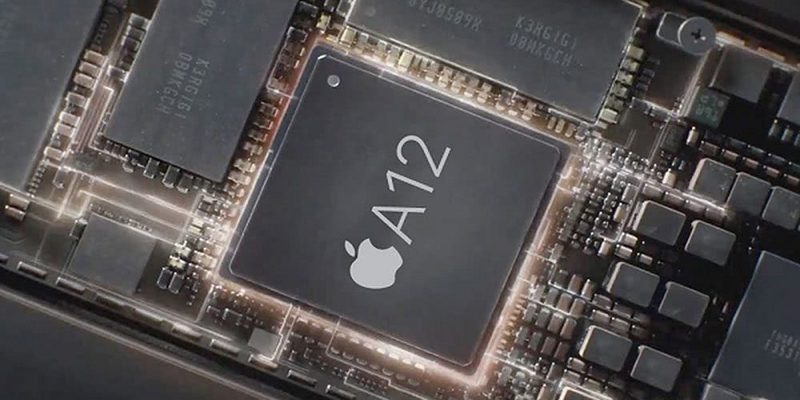 Domestic smartphone shipments from China in the first seven months fell by 17.3% year-on-year

According to Caixin data, China's domestic smartphone shipments in 2017 continued to shrink in 2017. Cumulative shipments in the first seven months fell by 17.3%. After more than 10 years of rapid development, the penetration of mobile phones on the Chinese market is almost saturated.

Economic Daily Review: Long-term rental apartments can not be over-financed

There will be a large amount of capital in the long-term flat industry, which should promote the rapid development of industry, but in reality some capital-backed companies have confiscated house prices, levied the rent and randomly misappropriated rents, which in turn are the sector risk. ; s increased. The development of the housing rental market is an important part of building a long-term property mechanism, it is an essential measure to protect the livelihood of people, but at the same time we must pay attention to preventing risks, while develops vigorously. (Economic Daily)Go back to Sohu and see more