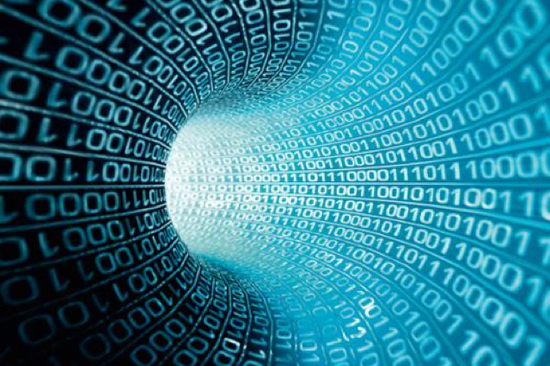 Anta has a half-yearly performance of more than 10 billion yuan: the hasty Feile hesitant capital

Anta (2020.HK) led the sector for years with a growth rate of about 20% and this relatively smooth growth in 2018 A steep slope was created on the line. On 14 August, during the performance conference of 2018, Anta changed the red background that was used in the past and chose the black-and-white background. In the most prominent position on the background photo was the golden script of the Breakout of the Three Armies & # 39; impressive.

The interim yields of 2018 reached 10.55 billion yuan, an increase of 44.1% compared to last year, while Anta recorded a record for the half-yearly turnover of domestic sports brands. From the end of 2015 to tens of billions in 2018, Anta spent only two and a half years.

In 2017 Anta Group is no longer the only protagonist in the exhibition for the 10-year jubilee of the offer. The Anta Group has given the show a chance to show the newly acquired brands of Anta Group, such as FILA, DESCENTE and SPRANDI, to the visitors. Ding Shizhong, chairman and CEO of Anta Group, put the layout of "multi-brand" into the next important phase of ANTA Group.

"Filey's share in the group is not included in this interim report." Although Anta director and group leader Zheng Jie were confronted with reporters, Fila's share of revenue was again avoided, but at the 2017 interim results conference, Fila's turnover share was almost 30% of Anta's total sales. turnover of Anta in the first half of the year 7.32 billion yuan. Zheng Jie revealed another number in an interview with the economic observer. "Fila & # 39; s growth rate is still above 85%." Zheng Jie also revealed that Fila & # 39; s new products were sold for more than 60% in three months.

Increasingly important share of revenue and strong growth: Fila, who has just signed TFBOYS member Wang Yuan, has gradually grown from an experimental field on the layout of the "multi-brand" from Anta to the ongoing implementation of Anta. The trust lies.

At the performance conference, some reporters suggested that "the market is worried, that Anta is taking a road with multiple brands. If there are too many acquisitions, it will have counter-effects. If you want to ask Anta how to treat this statement ? "Because" the throat is uncomfortable ", there is no answer. Ding Shizhong of a problem gave this question to Zheng Jie. Zheng Jie said: "I do not know what the counter-effects you are referring to? Because we have seen a very positive push from the first half of the year." The challenge is there, but we see more opportunities. "

And at the beginning of the year At the annual Anta International Festival, Ding Shizhong saw 2018 as the year of innovation empowerment and multi-brand comprehensive development in which Fila played an essential engine role. June 30 was the number of stores in Fila (including FILAKIDS, FILAFUSION) 1,248, an increase of 162 since the end of last year.

After the first time in Fila, Anta has enough patience and strength to face the time of market cultivation. In June, Wu Yanzu became the spokesperson for Disant China, another high-end brand under Anta, and Anta Group Di Sang has been placed in the high-end market specifically as an important part of the company's layout. [19659002] Fila, Di Sant, and the Korean outdoor brand Kelon, also introduced as a joint venture, and the children's clothing brand Xiaoxiao Niu, which was acquired in 2017, belong to the content of the middle to high market of Anta.The rapid development of Fila over Anta Group assumes that the company can interact with high-end users.

In addition, Zheng Jie also disclosed to reporters that the company will continue to pursue the strategy of acquiring other brands. Zheng Jie told reporters: "In addition to the children's section, we are still focusing on sports, so we will not look at non-sports brands, secondly, we hope that brands have certain popularity and characteristics, and they are differentiated and complement our The third depends on the cooperation and the purchase conditions, mainly in terms of price and costs. "

Although Anta handed a clear semi-annual performance, on the same day, the capital market did not smile.

After the release of the earnings report, Anta's share price rose by more than 4% in an instant when she hit HK $ 42.5 once, but then she dipped more than 10% and finally closed HK $ 36, 5, which also meant the biggest drop in Anta & # 39; s one-day this year. Zheng Jie said in an interview that he had personally speculated that the market could be concerned about the net cash inflow of Anta, which was 600 million lower than in the same period last year, and the profit attributable to shareholders was around 360 million.

Lai Shixian, director and chief financial officer of ANTA Group, told reporters that the turnover growth of Fila has been very fast, Anta has also experienced high double-digit growth, both companies are relatively healthy and the cash flow of the company is normal. He attributed the main reason for the drop in operating cash flow in the reserve of raw materials. "Part of the decrease in the net cash flow from operating activities is the outflow of stocks, because shares have been generated through the acquisition of new brands, the second part is due to the increase in revenues from Fila & # 39; s sales, since Fila is also a direct driven model with revenue growth The increase in inventories has also affected cash flow, but these two companies are very healthy, raw material prices also fluctuate relatively, and the growth of debts also leads to the outflow of operating cash flows, but we think it will be reduced by a total of 600 million in the normal range, "said Lai Shixian.

Zheng Jie also responded to a similar position, as the share of direct retail sales increased, resulting in an increase in inventory. In addition, the cotton prices are very strong, Anta reserves some bulk goods in the first half of the year and deliberately blocks the payment price at some suppliers, so the early spending, in fact from June, has been paid, in July has become normal again. "I saw a number of deviations, but they are all verifiable, know what the reason is, now you can buy a bit." Zheng Jie teased the reporter.

Although the tone of Zheng Jie is relaxed, the popularity of Anta on the capital market has declined after hitting the highest historical price on June 13 this year.

On 12 June, the research report & # 39; China Sporting Goods: Fraud or Stunning & # 39; from GMTRsearch, a short-selling setting from Sinopharm, the 'big stick & # 39; broken against several Chinese companies, including Anta. Shoes and clothing stores. According to the above report, 9 Fujian companies of the 16 Chinese producers of food products listed in 2005 have fraudulently misrepresented their profits and profit margins, including Anta as one of the main targets.

"We did not sleep on the day," Zheng Jie said the report was irresponsible and professional. In the report, Anta's operating profit margin is less scientific than that of Nike and Adidas.

"Anta has a relatively high frequency of communication with investors during the 11 years since the listing, investors will not only listen to our reports, but also come to the terminal to visit our company." Many investors doubted, naturally we make timely statements when investors have doubts. "Zheng Jie said.

Despite the many loopholes in the GMTRsearch short selling report, Anta's market capitalization has dropped from HK $ 130 billion to HK $ 100 billion in the last two months. In addition, the operating profit margin of Anta Group fell in the first half of 2018 from 25.9% to 25.5% Lai Shixian said that this was due to the loss caused by the new brand.

After reaching a half-yearly performance of more than 10 billion, Anta will also aim for the target of 20 billion year-round.

Although the growth of Fila Express has generated many advantages for Anta Group, Anta, the most important brand in the mass market, is still the backbone of the group's total turnover.

In the first half of this year, Anta Group sold a total of 56 million items of clothing with a total turnover of more than 6 billion yuan. The strong growth in clothing sales was seen by Anta as the main reason for a substantial growth in turnover of 44.1%. Among them, the gross profit of clothing reached 57.8%, an increase of 4.3 percentage points. Zheng Jie believes that while clothing-based Fila improves the company's overall gross profit margin, the main brand Anta will also redefine its target audience, the mass market.

Zheng Jie said that Anta will not roughly increase the price of single products. "But because of the increase in the number of middle class, the mass market now has a number of different" masses. "Anta also needs to develop new ones for the new audience."

Zheng Jie spent during the press conference a lot of time with the introduction of its investments and achievements in research and development and technology. Anta said in its financial report that R & D activities accounted for 6.2% of total sales costs in the first half of the year, an increase of 0.4 percentage points compared to a year ago. Li Ning, which released its interim results the previous day, represented only 1.3% of its sales in product research and development, and its research and development costs decreased by 0.1% year-on-year.

Anta has also been active in the field of innovation and research and development. Launches at the end of 2017: "Flash Energy Technology A-FLASHFORM" is a high-quality technology platform developed independently by ANTA and now used in more than 6 million pairs of Anta shoes. Anta & # 39; s research and development results such as "Yuyi Technology" and "Silver Energy Technology" have also been applied to products.

On the other hand, although Anta proposed the "globalization strategy" for the first time in the beginning of the year, the contribution of this strategy to total revenues is still small.

During the press conference of the interim results, Zheng Jie Anta "s ranked" globalization ". "Globalization belongs to 'walking two legs.' One of which is 'Anta-internationalization', that is, how the Anta brand goes to the international market The other is & # 39; Brand Internationalization & # 39 ;, ie, Anta introduces more brands from around the world to the group through acquisitions, mergers, co-operation, etc. "

In March this year, Anta launched Thompson and his love in San Francisco. The dog "Roco" is the theme of the KT3 "Rocco Edition" limited edition sneakers. The $ 160 KT-Rocco caused thousands of locals to queue for purchases. However, the hot sale of a certain product is very different from the real entry into the international market. Zheng Jie said the company began the operation of the "globalization" strategy, but the specific planning must still be carefully formulated.

After surrendering the transcripts of more than 10 billion for half a year, the Anta Group will still have to rely on the domestic market to reach the target of more than 20 billion for the whole year. Although the Anta Group pursue the strategy & # 39; Global & # 39; has suggested, she really should wait for opportunities if you really want to know Nike and Adidas.