On the morning of August 23, during the Beijing International Book Fair, the world premiere of the cartoon "Stupid Wolf and His Little Companion" and the "Stupid Wolf Stage Play" authorization ceremony were held at the Hunan New Exhibition. 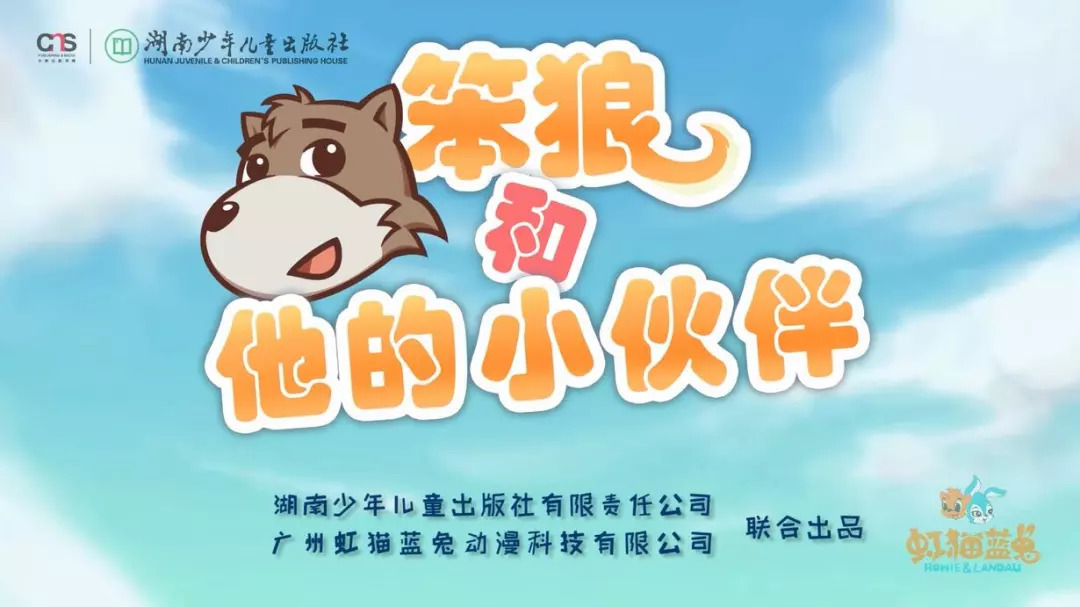 The fairy tale series "Stupid Wolf Story" is the masterpiece of the famous literature writer Tang Sulan from literature. The fairy tale has been sought by readers for over 20 years. The stupid and brave personality of the protagonist is also loved by generations of children. Under the guidance of the group, the Hunan Children & # 39; s Publishing House founded the Tang Sulan studio in 2013, which also indicates that society will pay more attention to the cultural connotation and brand building of the book, one of the most important tasks is to focus on the "dumb wolf". Deep in the hearts of the fairy tale to build an IP product group. That's why the Hunan Children & Publishing House voted the Hunan Cultural Industry Guide Fund in 2015 as the stupid wolf cartoon project and tendered for the animation project after receiving financial support in 2016. After more than a year of planning, scriptwriting , animation production, post-effects, distribution, etc., encountered 36 episodes of the cartoon "Stupid Wolf and His Little Companion" in September the stupid wool fans in the country.

Hu Jian, president of the Hunan Children & Publishing House, mentioned in his speech that "The stupid wolf created by Tang Sulan is an excellent representative of Chinese original fairy tales, and contains the remarkable spiritual core of the Chinese nation – kindness, courage, enthusiasm and the unknown world Curiosity In addition, it is the first case in China led by the publishing company to make a cartoon. " 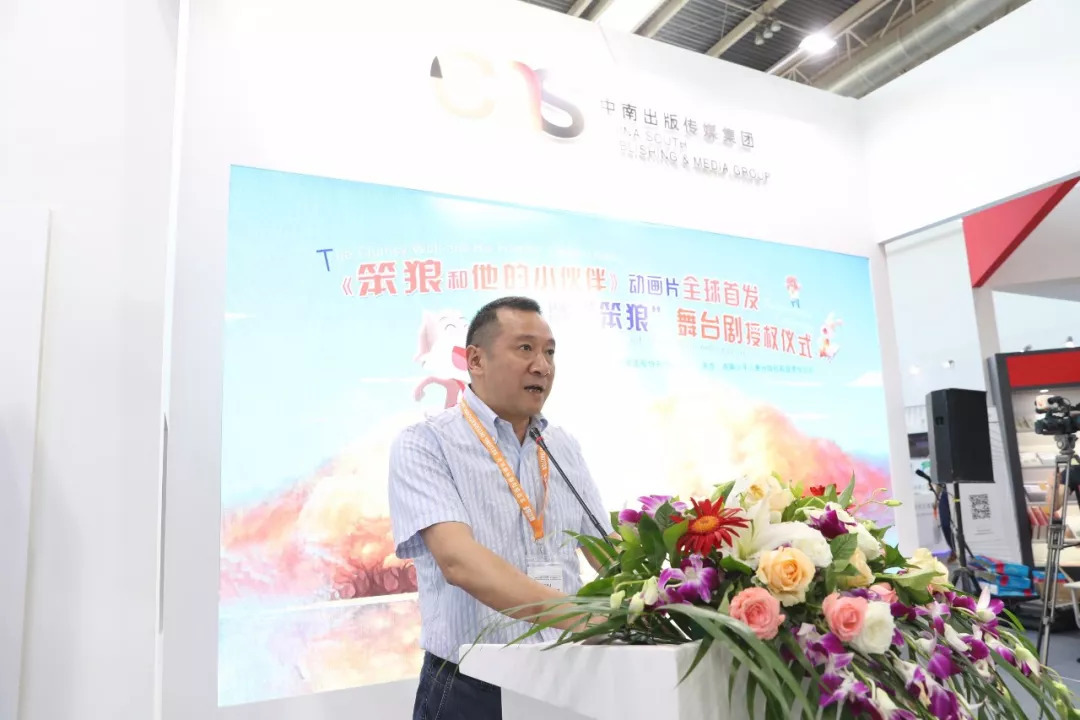 Speech by Hu Jian, president of the Children & # 39; s Publishing House in Hunan

Liu Zhangyu, deputy director of the Hunan Provincial Press, Publication, Radio and Television Bureau pointed out: "The Hunan Provincial Press, Publication, Radio and Television Bureau supports the writers who have the heritage of the Hunan culture and the classic fairy-tale works with the elements of Hunan have to explore the development of new media. The production and edition of cartoons is not only The combination of original children's literature and original local anime is also an important addition to the Chinese market, which lacks animation of high quality. story of the stupid wolf will also be adapted to a play, which is also an important extension of the industrialization of this literary image. "

As the original author of the series "Stories of Stupid Wolf", Tang Sulan spoke up with the hard work of all employees. She said: "It is not only my long-cherished wish to make the story of the stupid wolf, but also the common expectation of the wolf fans in the country and the world. Here I want the Hunan Children's Publishing House. thank you for paying Thanks to the hard work and the hardships, thanks to the creativity and perseverance of Guangzhou Rainbow Cat Rabbit Technology Co., Ltd. With the popularity of cartoons, I believe more children and big friends will fall in love with stupid wolves. " 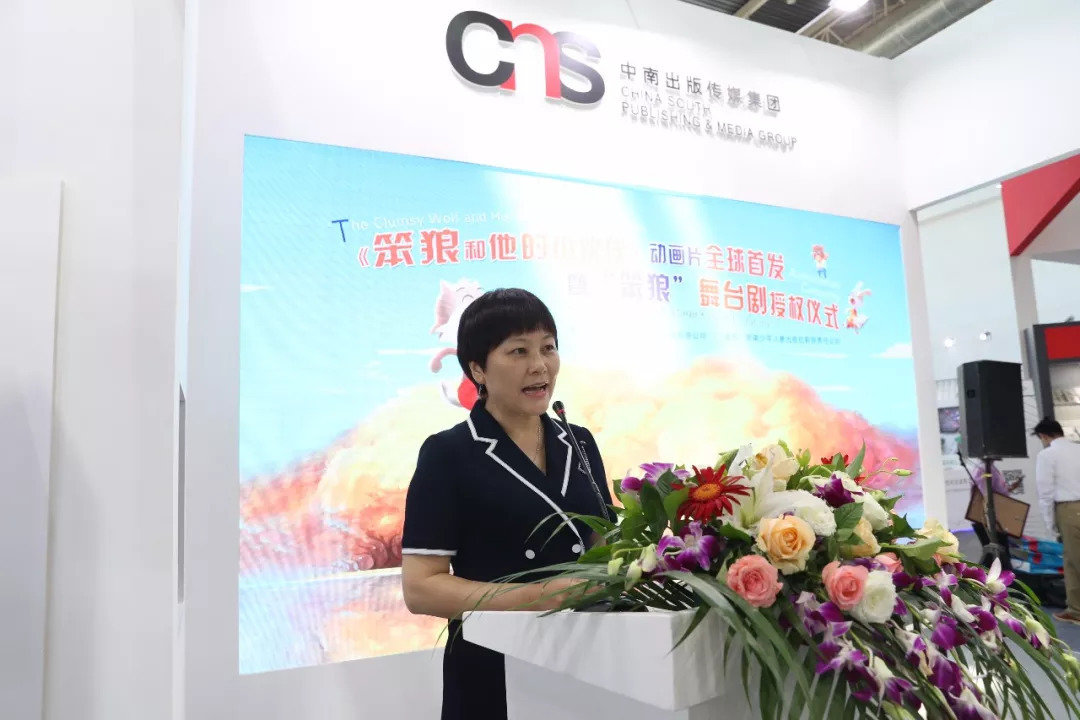 On the big screen of the scene, "Stupid Wolf and His Little Friend" unveiled the mysterious veil for the first time. The loyal and beautiful image of the stupid wolf seems to have broken through the screen and is deeply rooted in the heads of everyone on stage. Some of the relaxed and humorous bridges also make you laugh or laugh. For a while everyone was confident and expecting the market effect of "Stupid Wolf and His Little Friend". 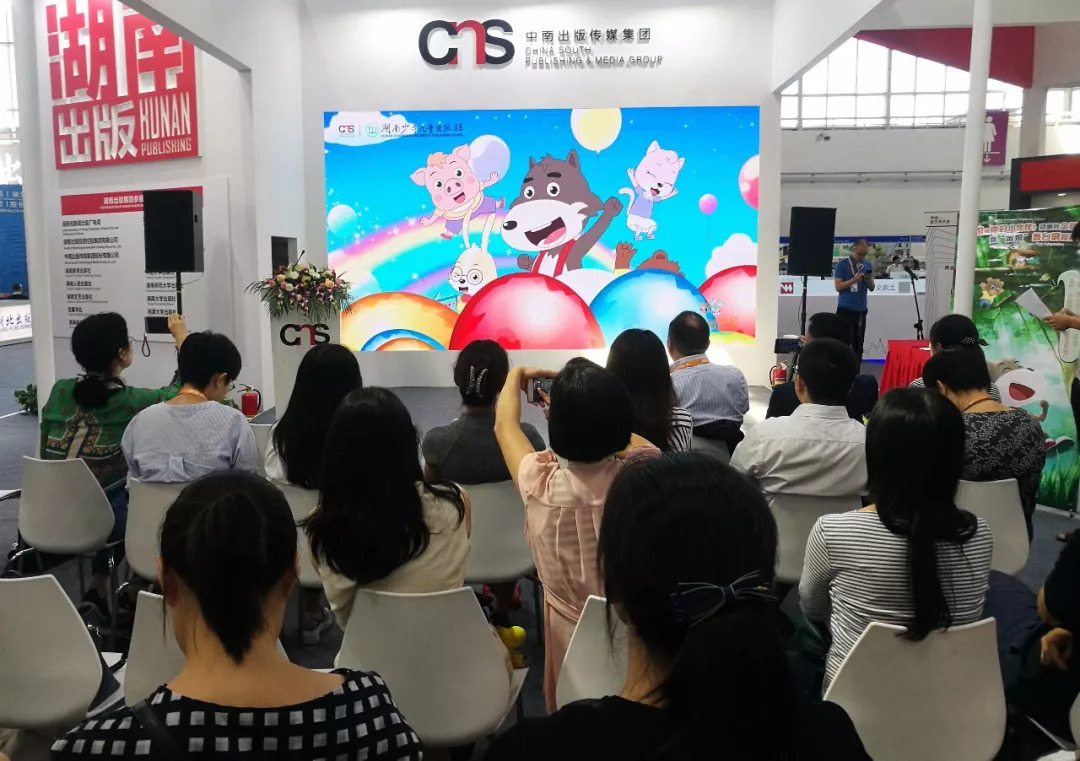 Ye Jianing, director of Rainbow Cat Rabbit's strategic cooperation division Blue Rabbit Animation Technology Co., Ltd., said with great anticipation: "We are very grateful for taking Tang Sulan's fairy tale animation production and because of the expectation of stupid wolf fans it is stressful. The mission, after overcoming many difficulties and obstacles, has finally completed the project.At the moment we have signed a temporary employment contract with many domestic TV stations and new media under the permission of Xiang Shaoshe, and the stupid cartoon of the wolf translated into English., French, Portuguese, is broadcast in more than 30 countries in Africa on October 20th. "

In addition to the cartoon "Stupid Wolf and His Little Companion", the other protagonist of this event is the "Stupid Wolf Stage Play" which is jointly sponsored by Hunan Children's Publishing House and Tang Sulan and is hosted by Hunan Red Scarf Theater.. 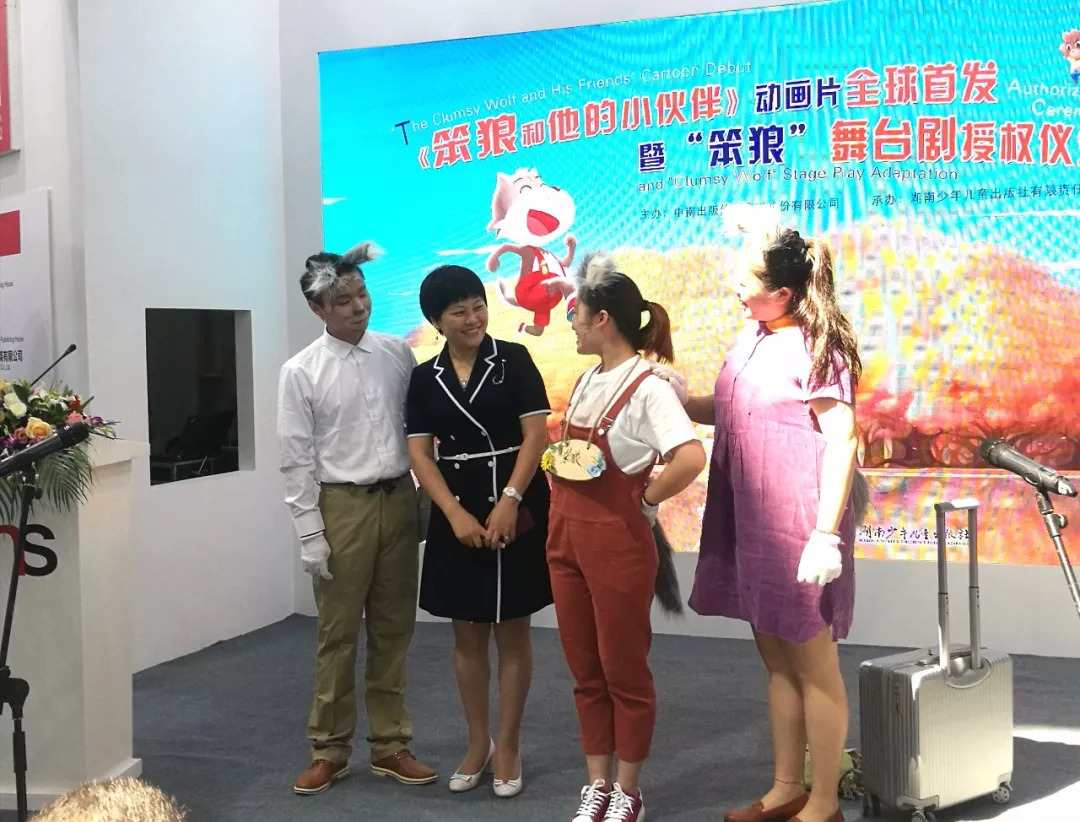 In connection with the introduction of the PPT project, Du Ping, deputy manager of the Hunan Red Scarf Theater, said: "This is not only a play for children, but also a family celebration for large children and small children.The terminal of the stupid wolf It is not only on the stage of beautiful lighting, he has to become the messenger for cultural communication of Hunan and the cultural star of Hunan for the world. "Reportedly, the mute wolves fairytale in 2019 will meet the audience in the theater, and The aim is to complete 100 national round trips by the end of 2019. 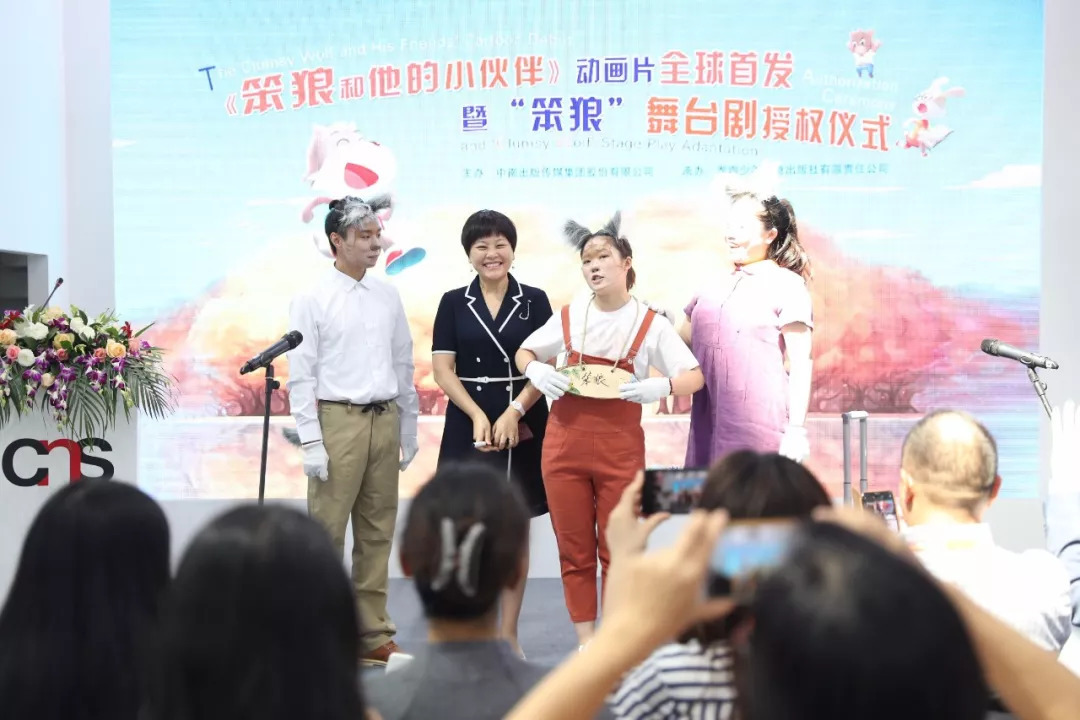 In the event scene, the stupid play of the wolf also organized a debut. The extensive arrangement of the creative staff and the beautiful interpretation of the three actors still make the charm of the play a lively show. In particular, the actors who have interacted with the audience with the stupid wolf to make everyone laugh. Undoubtedly, with the special effects of lighting, sound and other special effects of professional theater, the audiovisual effect of the stage drama will be completely improved, which is all the more reason for us to look forward to the play. 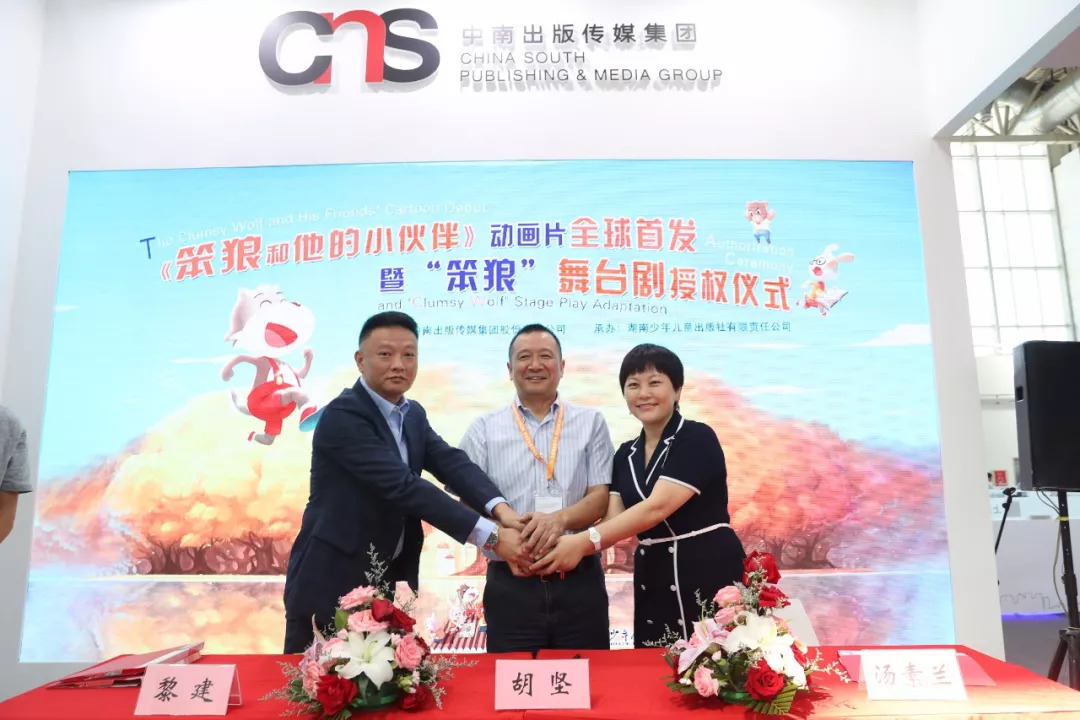 After Tang Sulan, President Hu Jian and Li Jian, general manager of Hunan Red Scarf Theater signed a license agreement, the event was also successfully concluded. Let us be cautious and applaud, expecting the stupid wolf to shine on the new stage. 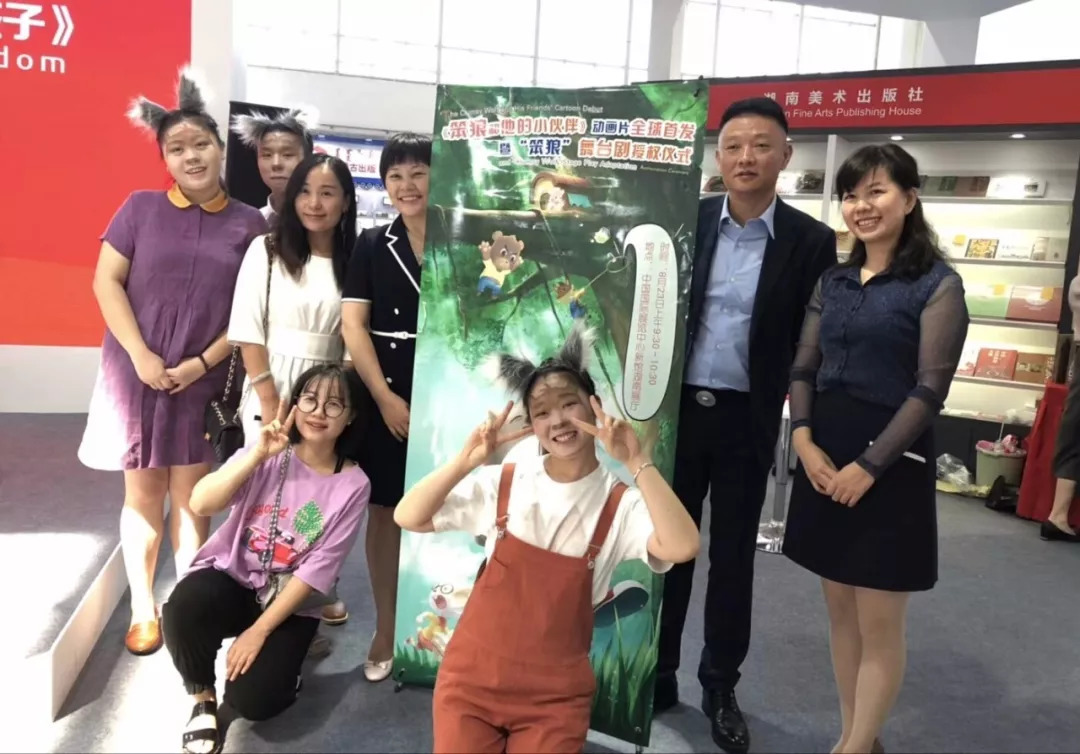 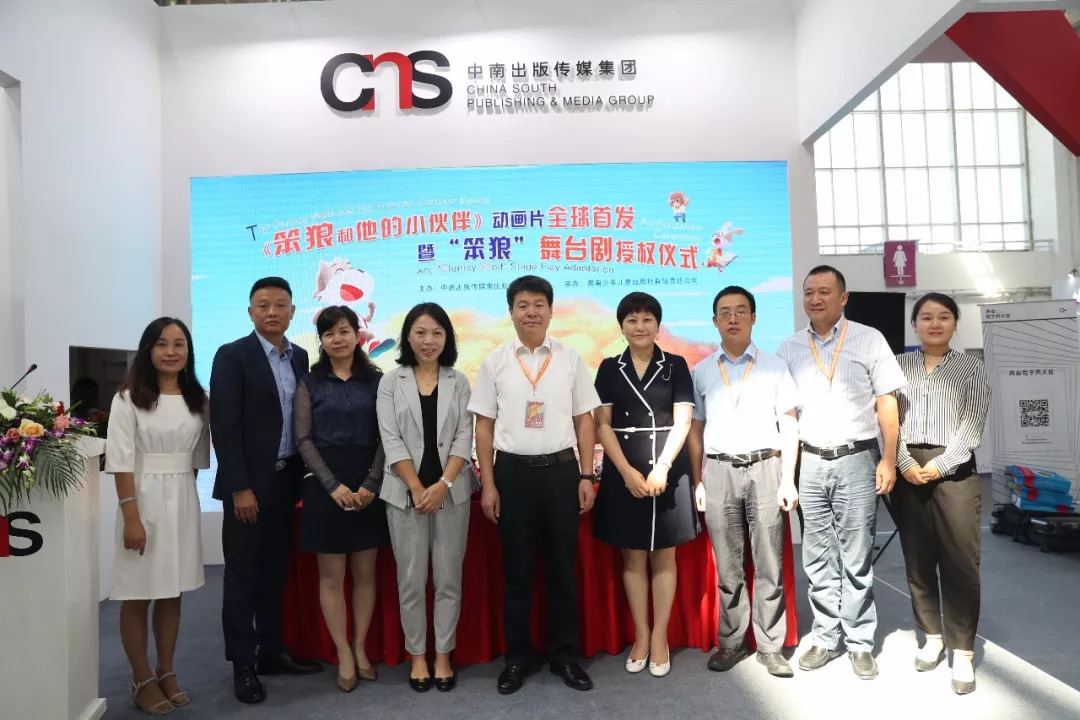