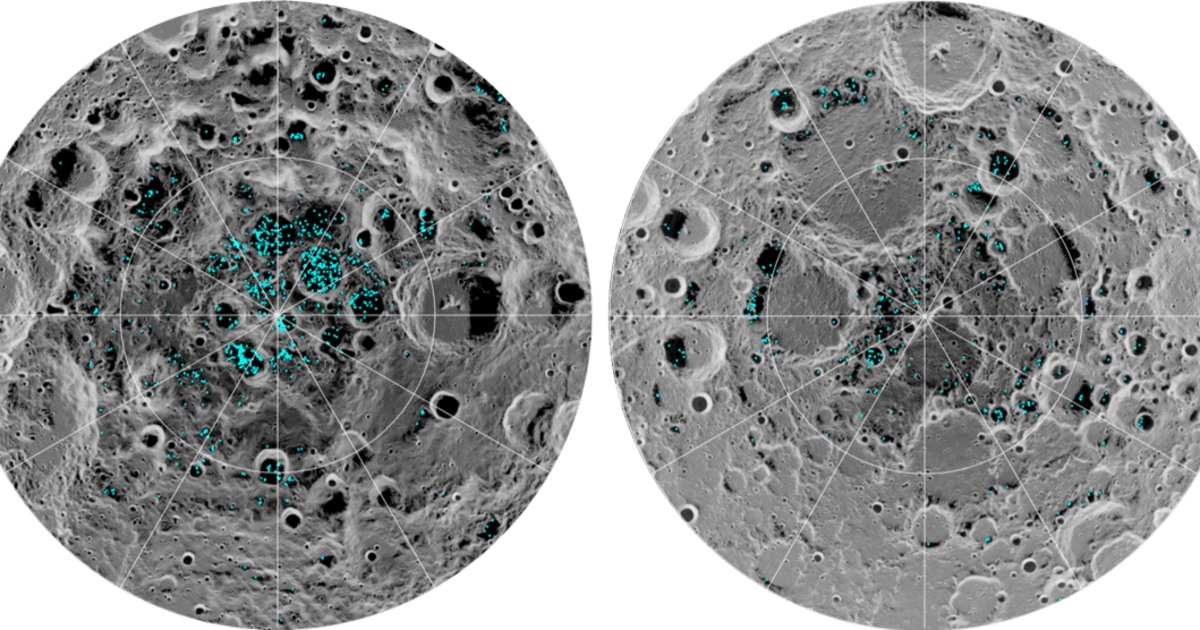 Most of the lunar surface lacks protection from the atmosphere and is exposed to direct sunlight. Even if there is moisture, it must be evaporated early, but scientists have long suspected that the craters in the moon's poles lie deep in the sun. The angle is shallow, there may be some dead spots, I have never seen the sun for hundreds of millions of years, there can be water and ice remains here. Now, relying on the data collected by the NASA M3 tool on the Indian Space Agency's Chandrayaan-1 satellite, scientists can finally say that there is real water ice on the moon.

M3 full name Moon Mineralogy Mapper, mainly based on electromagnetic waves reflected from the surface to assess the material. The light blue area in the image above is where water ice is found. The left picture (Antarctica) is clearly wider and the stock is larger than the right picture (Arctic). As speculated, most of them are divided into craters, and the reason for the unequal distribution is also due to the fact that the moon's south-pole terrain has more uneven and more dead spots than the North Pole. But even if you know which surfaces contain water ice, scientists need to know their depth to find out how much stock there is. If you want to know the answer, I am afraid that I will send a special earth detector.