Glyphosate, the miraculous drink of the mega crops of Brazil

colombia October 1, 2018 Business, colombia Comments Off on Glyphosate, the miraculous drink of the mega crops of Brazil 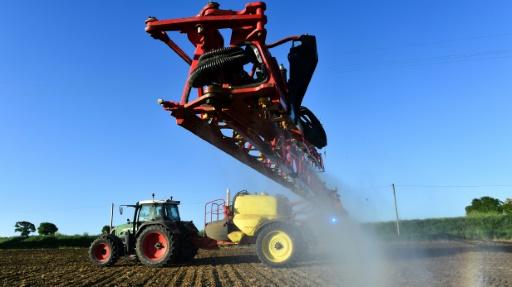 Brazil, the second world producer of soybeans and third maize, is firmly attached to the use of herbicides, mainly based on glyphosate, which has adopted a direct seed system and has become competitive on the global agricultural markets.

In early September, a Brazilian court imposed a precautionary measure suspending the suspension of "the registration of all products" with glyphosate until the National Health Surveillance Agency (Anvisa) completed its "toxicological re-evaluation".

"In our opinion, the suspension was unfounded: in our commercial agriculture, direct sowing, it is impossible not to use herbicides, without replacement we would have to return to less efficient and more toxic molecules," Fernando Cadore, vice president of the Association or Soybean and Maize Producers or Mato Grosso (Aprosoja / MT).

Glyphosate, the active ingredient of the herbicide, arrived in Brazil in the 1970s. Farmers then started to adopt a direct sowing system and started the country to an unprecedented agrarian revolution.

Direct sowing consists of not plowing the land between crops and the use of stubble as a vegetative cover. The technique makes it possible to limit soil erosion, regenerates it in organic matter and retains moisture and carbon.

Today, the world leader of this system, used in more than half of the 61.7 million hectares of grains and oilseeds, Brazil associates it with a massive use of herbicides to clean the fields with planting.

"In the past we used the weeds with machines, but the soil was exposed and had a lot of erosion, the use of herbicides was done after sowing, direct sowing keeps the soil better and as soon as we apply glyphosate before sowing, the resistance of harmful herbs, we will use it again within 30 days ", explains Fernando Cadore.

Its use after planting was widespread, especially from the 1990s, with the arrival of soybeans, corn and cotton genetically modified, resistant to Roundup produced by Monsanto. According to the consultancy Céleres, GMOs currently occupy 49 million hectares in Brazil and 93% of the land devoted to these three crops.

Because glyphosate is considered to be carcinogenic by an international organization, it is allowed in a hundred countries. The European Union has recently renewed its five-year license and France has committed to abolish it within three years.

The volume of the product used per hectare varies from place to place. In a study entitled "Geography of the use of pesticides in Brazil and connections with the European Union", researcher Larissa Mies Bombardi, from the University of Sao Paulo, estimates that the scale of herbicides used in Europe varies from 0 to 2 kg per hectare.

In the case of Brazil, the average glyphosate consumption can vary from 5 to 19 kg per hectare, depending on the region.

"The toxicological studies of glyphosate are the same for the health authorities of the United States and Europe […]. In Brazil, specific studies are being conducted for formulations, toxicity to the environment and waste. These are excellent quality studies and follow international recommendations, "says Flavio Zambrone, a reference toxicologist at the Information and Research Group for Glyphosate.

Yet Brazil is more tolerant in terms of maximum glyphosate residue levels. According to Larissa Mies Bombardi, the land in drinking water allows an amount that is 5000 times higher than allowed by the EU. For waste in soybeans, the limit is 200 times higher than that of the EU.

"Glyphosate is not even included in the agrotoxic residue control programs in the diet of the National Health Surveillance Agency," emphasizes Marina Lacôrte, an agronomist and Greenpeace specialist in food and agriculture.

"In addition, the maximum limit calculations are made on the basis of the risks of acute poisoning and the risks of chronic diseases are not studied," complains Lacôrte. "We eat poison and Brazil continues to oppose discussions in other countries because of economic interests," he adds.