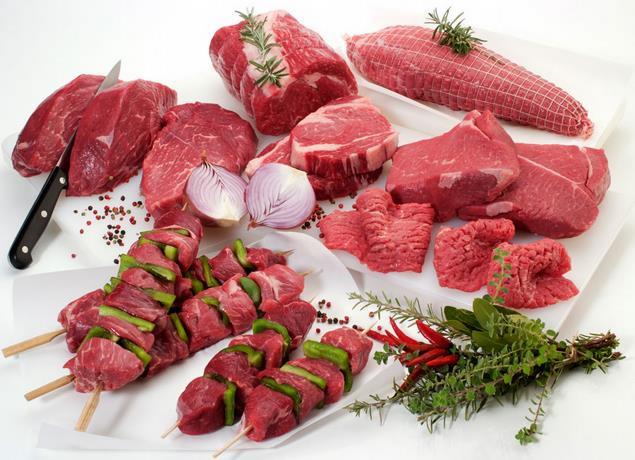 A few companies project a future in which the meat does not come from the sacrifice of animals, but from the multiplication of cells in the laboratory, a plan full of obstacles that now look more like fiction.

A demonstration of the power of science in that area came in 2013 when the Dutchman Mark Post presented the first artificial hamburger of meat stem cells.

This experiment cost as much as 250,000 euros, contributed by Google co-founder Sergey Brin, another of those who oppose the impact of livestock on the environment (responsible for 15% of greenhouse gas emissions) and animal welfare.

Five years later, sources of Mosa Meat, the company promoted by Post, tell Efe that the price will be about ten dollars a hamburger "when the scale of current technology increases."

This process will take some time, say the sources, who estimate that it will be necessary to wait between five and seven years to get a competitive product on the market, and a decade to the "widely available" to make.

His proposal consists of anesthetizing the muscle cells of, for example, a cow by a small biopsy and allowing them to proliferate in the laboratory as if they were in the animal until a new tissue was obtained.

Scientists have reached an alternative to bovine serum and added fat, important for taste and mouthfeel, although they have to optimize it, according to Mosa Meat, which plans to introduce that meat on a small scale in 2021.

It is not the only initiative that wants to develop a new production model to meet the growing demand for meat all over the world: the company SuperMeat is trying in Israel and the Shojinmeat project in Japan.

In the United States, Memphis Meats, which launched a meatball with "cultured cells" in 2016, has recently received funding from billionaires Bill Gates and Richard Branson and multinationals from the food sector Cargill and Tyson.

There are people who see a danger to animal husbandry in the farm, so it may seem paradoxical that some meat companies have shown interest in this new biotechnology if they do not want to be open to future trends.

The viability of the company is not only linked to large-scale production, but must also receive the approval of the authorities, which guarantees its harmlessness, although it remains to be seen under which regulations.

Erin Kim, spokesman for New Harvest, a non-profit organization dedicated to the research of cell agriculture, reveals his concerns because, despite the announcements, the companies that made the prototypes have not yet put their products on the market.

"Science is not as advanced as many think," says Kim, who reminds us that this kind of animal tissue for food is "completely different from the parts that can be used in medicine" and that knowledge from engineering to biochemistry or biology .

Faced with the trade secrecy about the methods used Kim defends transparency, openness and dialogue & # 39; to build a scientific base to support the growth of the industry and respond to the doubts of critics, consumers or supervisors.

The professor at the University of Wageningen, Justus Wesseler, considered during a lecture in Rome that companies and universities from countries such as China do not provide information in the context of biotechnology, for reasons of "competition or to not want to unleash unfavorable social reactions" .

The laboratory left the meat, estimated that it will take no less than 20 years to find competitive prices, while continuing to examine other forms of "alternative" feed with plants, insects or aquaculture fish.

And it looks at a sensitive aspect: intellectual property rights and the ease with which other people or companies have access to the new technologies developed by the first entrepreneurs.

"There is still the possibility for licenses not to be exclusive," he says.