Tax reform in the sights 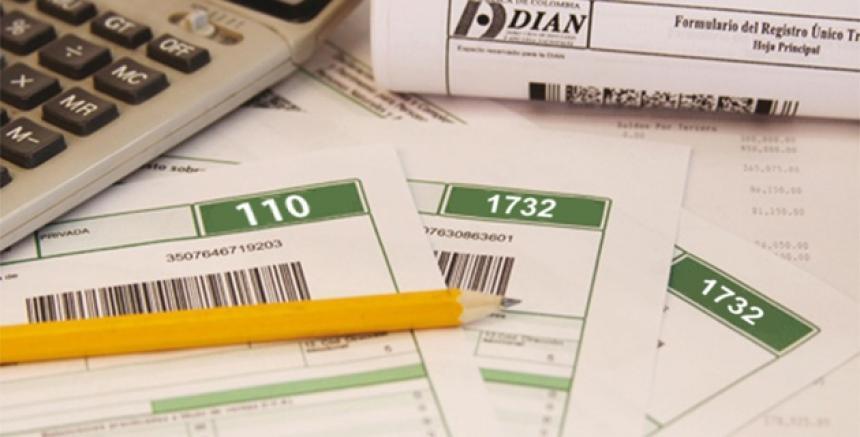 In recent days, the tax issue has been on everyone's lips and has become the subject of conversation and analysis at all levels, that if more natural persons have to declare income or that the VAT applies to all products in the family basket. It is an exciting topic because it somehow touches everyone's pocket, both business people and citizens.

This after the Minister of Finance, Alberto Carrasquilla, revealed the axes of the new tax reform that the government will promote, with which it is proposed to increase the tax collection by $ 3 billion per year.

Within the package of measures that will include the reform of the Duque government, the aim is to increase the taxable base of value added tax (VAT) and income tax, while reducing taxes on companies.

"The middle class, which has grown unmistakably in recent years, must be part of the solution", Carrasquilla argued and stated that in Colombia 85% of the income tax is contributed by the companies and only the 15% for natural persons, a percentage that is reversed in developed countries.

The director of Fedesarrollo, Leonardo Villar, says that corporate taxes in Colombia are higher than in other countries and this is reflected in matters such as income tax. "In countries such as Germany, natural persons pay almost 80% and 20% for businesses," says Villar.

He adds that when companies pay more taxes, productive activities are discouraged, so it is recommended that people with progressive taxes be taxed more, ie people with a higher income who pay relatively more.

The tax burden was one of the main reasons for business complaints in the country, because this is one of the obstacles to increasing productivity and competitiveness.

The professor of the Universidad del Norte, Jorge Quintero, points out that it is true that the tax burden of companies is greater than that of people.

He explains that there is an indicator that measures how much tax is charged to companies, which is the effective tax rate, which indicates what taxes they pay on the gross profit.

About this figure, there are several estimates for Colombia and about 70% for doing business from the World Bank, up to 57% that Fedesarrollo gives. "The figures vary because the methodology is different," Quintero explains.

Figures from the national tax and customs office (Dian) show that from the perspective of taxation of the national order on companies (income tax – wealth tax and GMF) the tax burden for the taxable year 2017 is estimated at 39.6% (provisional figure).

The average effective tax rate for Latin American countries is 46%, while for OECD countries it is 40%, indicating that Colombia is above.

For the professor of the Free University and tax specialist, Pablo Galeano, the effective tax rate of companies in Colombia is high because it is not only limited to taxes, but also to the rates, surtaxes and contributions that companies must generate.

"A percentage of 70% means that companies work more for the state than for themselves, so it is becoming more and more complex to generate a production that is more accessible to people," says the expert.

If the payment of income tax by natural persons in Colombia is analyzed, it is clear that the share is lower compared to other countries in Latin America and the OECD.

"It may be advisable to lower the tax burden on companies, but not on the way in which people are considered to tax more heavily and specifically to expand the tax base," says Jorge Quintero.

An advisable measure would be to increase the burden on the richest, as in other countries.

According to Pablo Galeano, account should be taken of the effect that the tax reform would have on the income tax for natural persons, because it aims to tax revenues of $ 1.9 million per month. "This is not the best, because it is the salaried employees who bear the full fiscal burden," he says.

In his opinion, it is not entirely correct to ensure that companies pay a high tax rate, while that of people who are very low, because the large benefits that exist through exempt income and tax credits are generally beneficial for companies.

"One thing is what they pay in their taxes and another they pay is different and in the end they do not pay everything because they benefit from the rules that companies give". adds the teacher of Unilibre.

Another of the government's proposals is to extend the tax base of VAT for the products of the family basket that are exempt or excluded from the tax. To compensate for the impact of the measure, a return system is proposed to households with a lower income, the extra percentage that they would pay upon purchase.

Galeano points out that the widening of the VAT base would be beneficial, but to the extent that the rates are lower, because with a percentage as high as the country has 19%, the complex is to tax all products of the family. .

The expert does not believe that the state has the instruments or mechanisms to bring about the return to poor households.

The experts consulted ensure that, although they do not fight problems, such as evasion and corruption, they can not achieve tax law.

"Every government comes and tries to solve the tax problem, create new taxes or expand the tax base," says Pablo Galeano and adds what should be generated is a fair tax policy between companies and people with balanced real rates.

Quintero says that lowering taxes on companies and raising taxes on people will increase inequality.

Considers that if you want to stimulate economic activity by giving companies incentives to produce, this should be compensated with higher tax collection, but for people with higher incomes.

De Dian manages national taxes that apply to natural or legal persons residing in the country, while taxes of a regional nature are determined by the departments or municipalities.

Tax Value Added VAT: is a national indirect tax applied to the provision of services and the sale and import of goods. The most important rates are three: 0%, 5% and 19%, that is the general.

National consumption tax: an indirect tax is levied on the vehicle, telecommunication, food and beverage sector. The rates are 4% (telecommunication), 8% (restaurants, bars, vehicles up to USD30,000, yachts) and 16% (vehicles above USD30,000).

GMF 4×1,000: tax applied to any transaction intended to withdraw cash from current accounts, savings and management checks. Rate: 0.4% per operation.