The first place was in the measurement for the Czech Republic

The company OpenSignal conducted a video experience in 69 countries, Colombia was the 55th country in this ranking, having reached a score of 48.02, with 100 being the maximum achievable.

The score was calculated thanks to an algorithm of the company, which took into account the quality of the image, the loading time of the video & # 39; s and their loss percentages, which led to the emphasis of the countries Europeans.

According to the report, the Czech Republic, with a total score of 68.52, scored first, demonstrating that, according to the survey, no country was rated "excellent" video experience as it was necessary to exceed the 75 points.

In addition to the Czech country, Hungary also scored with a weighted average of 67.89 points, finishing in second place, while with 67.41 points being third in video experience for Norway.

Of the first 10 locations there was only presence of two countries outside Europe, both located in Asia, more specifically the United Arab Emirates, which reached the fifth place with 67.07 points and Singapore, with a score of 66.94, was sixth. . 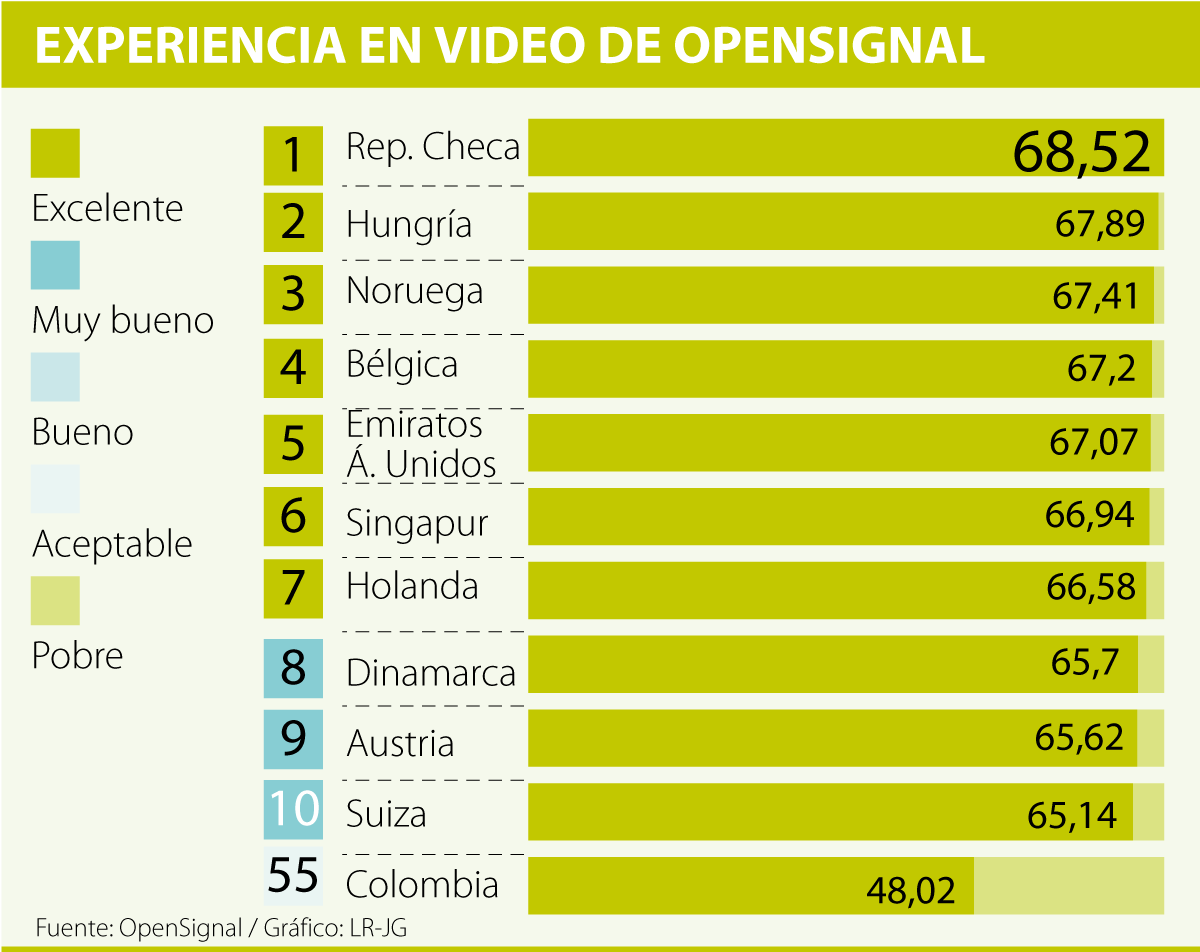 The American continent only appeared on the 30th place, which Canada won, land with a performance of 59.93, which according to the measurement the users of this country have a "good" video experience.

Latin America, however, only appeared 10 positions later, thanks to Bolivia, which stood out in the region and reached 54.96 points, so the region presented no country with "excellent" quality, "very good" or "good", since the threshold to stop being "acceptable" is higher than 55 points.

The study took into account more than 87,000 million measurements, after testing the experience of users of more than eight million mobile devices between May 14 and August 11 this year.