colombia December 2, 2020 colombia Comments Off on Bogota | Taxi driver refused to wear a mask and a passenger denounces it – Bogotá 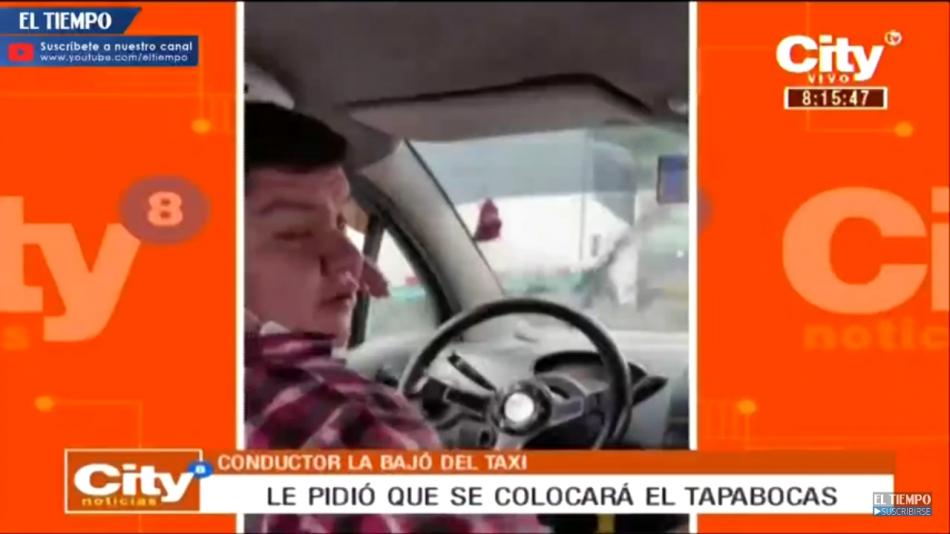 A passenger in a taxi in Bogotá was terrified after the driver refused to put on the mask.

The events have been reported on City TV and they have footage of the woman asking the taxi driver to comply with the biosecurity measure. An indispensable minimum in the midst of the Covid-19 pandemic.

(You may be interested in: The woman was drugged and assaulted in a taxi she took in Kennedy)

“The man didn’t wear a mask and was on the phone, when he hung up, I said ‘can you put on the mask?’ he replied ‘I didn’t use that’‘the woman told City Tv.

In the video, which served as evidence for the complaint, you can hear how the driver tells him Have faith in God. Ask God not to give you that ”and tell you” as long as I don’t sneeze on you “, no problem.

“He told me ‘everyone has to die from something’. When he saw me take the photo, he said to me ‘do whatever you want’,” the passenger added in her complaint. According to her, the taxi driver stopped the vehicle and had no choice but to get out for fear.

(Further: How to enjoy the end of the year without risking contamination)

Taxis Libres, the company to which the driver is linked, dismissed the facts. “As soon as (the complaint) reached the organization, we took action from our disciplinary code. We called the driver and gave him a box of face masks, as we invested in 20,000 boxes of masks and today we installed a protective panel.” , said Estefanía Hernández, manager of Taxis Libres, who pointed out that 7,000 security panels have been installed in the company’s cars this year and drivers have been trained in biosecurity measures.

The taxi driver also apologized. “I would like to apologize to the user I have been transporting over the past few days: now I understand that I have to think and that we are in a pandemic.”

(To continue reading: Urban Health: What the Pandemic Hid)