Copa Sudamericana: the bad streak that Cali wants to break in Argentina against Vélez Sarsfield

colombia November 24, 2020 colombia Comments Off on Copa Sudamericana: the bad streak that Cali wants to break in Argentina against Vélez Sarsfield 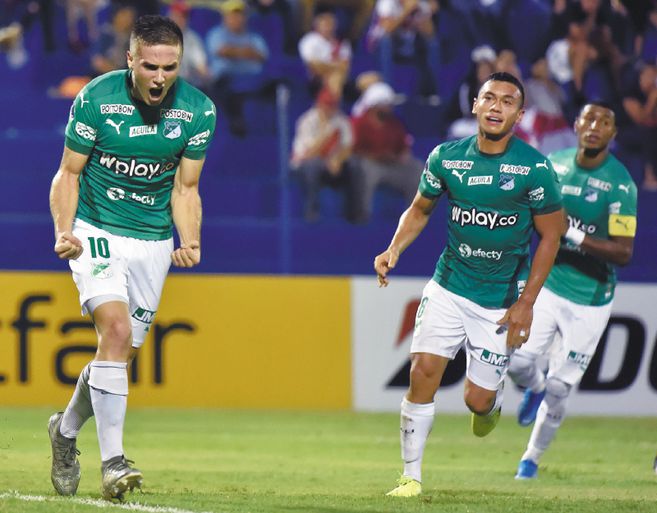 After celebrating 108 years of the institution, those led by Alfredo Arias will set out to seek a victory that will bring them closer to the next instance of the international tournament. Statistics show that Argentina’s sugar producers have won a match of 15. Tomorrow, against Vélez Sarsfield (7:30), it is expected to break that trend.

History doesn’t favor Deportivo Cali much, but its grandeur invites you to break through the dynamics of time. The sugar producers have visited Argentinian territory 15 times for Conmebol tournaments with a balance of 12 defeats, two draws and one victory.

Just one of those negative results was against Vélez Sarsfield, his rival in the round of 16 of the 2020 South American Cup, in the last game the two teams played for an international tournament. It was in the group stage of the unforgettable 1999 Copa Libertadores for the Verdiblanco team. In the first leg, where Cali was at home, they won 1-0 with a goal from Martín Zapata, while in the first leg in Argentina the Colombians fell 3-0 in a game in which Fernando Pandolfi and Patricio Camps, who scored a double, they shone on the playing field.

Far from that squad that would remain second in the Copa Libertadores – with players like Rafael Dudamel, Gerardo Bedoya, Mario Alberto Yepes, Máyer Candelo, Manuel Valencia, Arley Betancourth, among others – but that has players like David González, Juan Camilo Angulo, Agustín Palavecino, Darwin Andrade or Ángelo Rodríguez, who meet the requirements and the level of the club requirements, Deportivo Cali of Alfredo Arias will try to bring a good result from the José Amalfitani stadium and trust the forces of a A side that falls short but has managed to survive in the South American and BetPlay League can emerge unscathed from these pivotal two weeks for the goals set since the start of this atypical season.

Between Copa Sudamericana, Liga BetPlay and Copa BetPlay (the latter being the only one in which the sugar team was eliminated by falling on penalties against Deportes Quindío), Alfredo Arias has 26 games, of which he has won 11, draws 12 and lost three times . . His performance, in keeping with the identity that the Uruguayan has sought to convey, is reflected in the phrase he said at the press conference prior to the game to be played next Tuesday from 7.30pm: “We will try to play as always, Vélez is a team trying to have the ball, but our idea will always be to go out and make a proposal ”.