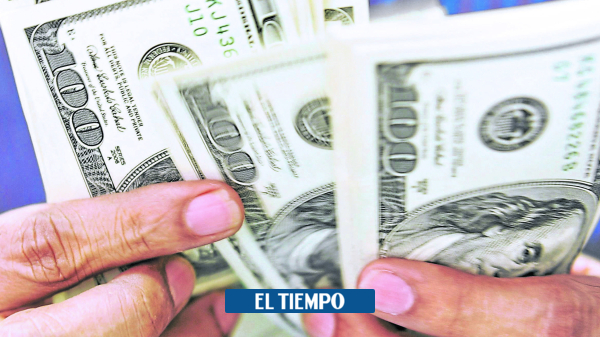 The dollar fell another 26 pesos during Wednesday’s session and the average price was 3,532.56 pesos compared to the current TRM of 3,558.57 pesos.

With the decline in recent weeks, the dollar’s price has hit its lowest level since March 5, when it traded at 3,522 pesos.

Greater risk appetite, reflecting increased post-election optimism in the United States, the advancement of three vaccines against covid-19, economic reactivation and the meeting of the cartel of the oil-producing countries are behind the sharp drop in the dollar’s price in Colombia.

Yesterday, the currency closed in the banking market at 3,550 pesos, representing a decrease of 46 pesos from Monday’s closing price when it was 3,596 pesos.

(You may be interested in: ‘Urgent measures to create more jobs’).

Lower the uncertainty and also the price

David Cubides, an economist at Banco Itaú Colombia, explained that “the dollar has recently reacted to the the reduction of political uncertainty in the United States, the gradual recovery of economic activity at the global level and advances in vaccines ”.

Before all this, the dollar it has lost value against its main competitors and against emerging currencies. In the specific case of Colombia, in addition to the more favorable external scenario, the peso has appreciated amid the gradual reopening of the economy and the confirmation of the country’s investment rate.

The definition of the levels of oil production By the Opep, the evolution of contagion at the global level and fiscal progress at the local level will be key to the currency. The country cartel is evaluating the possibility of extending the current austerity measures to the first months of 2021, a position opposed by Russia that wants a gradual increase.

(Further: ‘These are the skills that companies look for in their employees’).

Sergio Olarte, chief economist at Scotiabank Colpatria, in turn pointed out that “the hunger for risk seen around the world is on the rise. That made the outbreaks in Europe not so important ”.

For Scotiabank Colpatria, the the dollar should be over 3,580 pesos by the end of the year, unless oil continues to rise pending the OPEC meeting.

By 2021, cashing in on the IMF’s $ 5.3 billion flexible credit in the first quarter, along with the recovery, will help if there are no more closures and there is more room to revalue itself to levels between 3,400 and 3,500 peso.

The value of the coffee crop reached 8.7 billion pesos

Due to a pandemic and strike, Cerrejón has stopped selling $ 759 million

With a productivity of -0.6%, the bid starts to raise the minimum