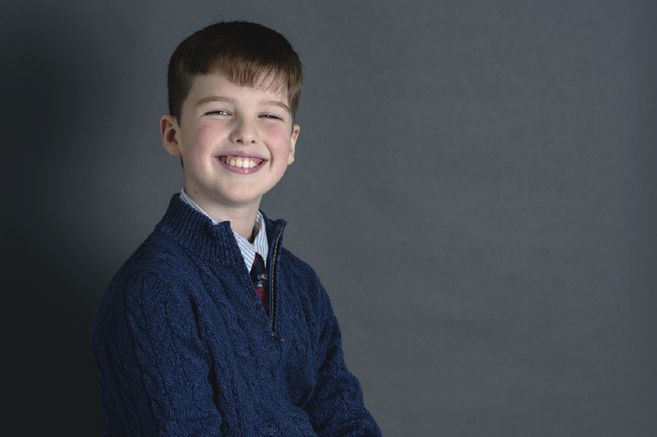 The 12-year-old actor talks about the fourth season of the Warner Channel show and says that in this quarantine, Sheldon Cooper would wear yellow biohazard suits.

In “Young Sheldon” he plays Sheldon Cooper, who was played by Jim Parsons in “The Big Bang Theory.” How important was it to have him?

Having someone who has played Sheldon for so long is very helpful to me, and he knows the whole genesis of The Big Bang Theory and now Young Sheldon; It’s a great help. Jim Parsons is not on set that often because he has a lot of other things, he is very busy, but he always has time to talk to me when I have any doubts.

What has been the biggest challenge embodying Sheldon?

Sheldon is sometimes so Sheldon … Being him was a lot of fun, but also a big challenge because he is extremely intelligent, but also rare. He’s very uncomfortable in role-playing situations, so it’s a lot of fun to play with him. Sometimes it’s confusing to play it because for twelve years The Big Bang Theory has been building this really great story … so I’m just trying to get it right.

What have you learned as an actor during the four seasons?

Zoe (Mary Cooper, her mom on the show) teaches me a lot. This program is probably the first important thing I’ve ever done. I still failed in my acting when we started, but Zoe always keeps me on track. I always think that Zoe really looks like my mother and I like her son.

“Young Sheldon” is set in the 1980s, a time when he was not born. What is the challenge of embodying that era?

So many things! First of all, fashion, I thought, “Is this what they were wearing then?” (laughs). Also the kind of toys and items such as rotary telephones. I was wondering how to describe that to people, or how to watch Netflix on those devices. Everything on the set is so strange that it was like being transported in a time machine and arriving at a moment I knew nothing about.

And how do you expect things to be now that you go to college?

My biggest challenge with Sheldon is to keep him level with Jim Parsons’ Sheldon. Big Bang theory didn’t exactly develop Sheldon’s love of comics or why he hates geologists, so we’re discovering a lot about him now. I think what we’re going to see next is funny and I think that’s always helped me to be Sheldon.

Sheldon is a very witty boy, what do you think he would have done in this quarantine?

I would probably be number one with the yellow biohazard suits we see in the movies. Maybe he would say, “I don’t care, you stay ten yards from you.” I think I would also read a lot of books and do fun science experiments. He would also be afraid of all germs.

How has your life changed after this TV show?

I think the most important thing for me is to be smarter. I’ve met a lot of friends and tried to learn what the rules (of the script) mean in regards to Sheldon’s scientific interests, as well as math, which is not my forte. I also try to see things as he would see them, to get a better look at the character.